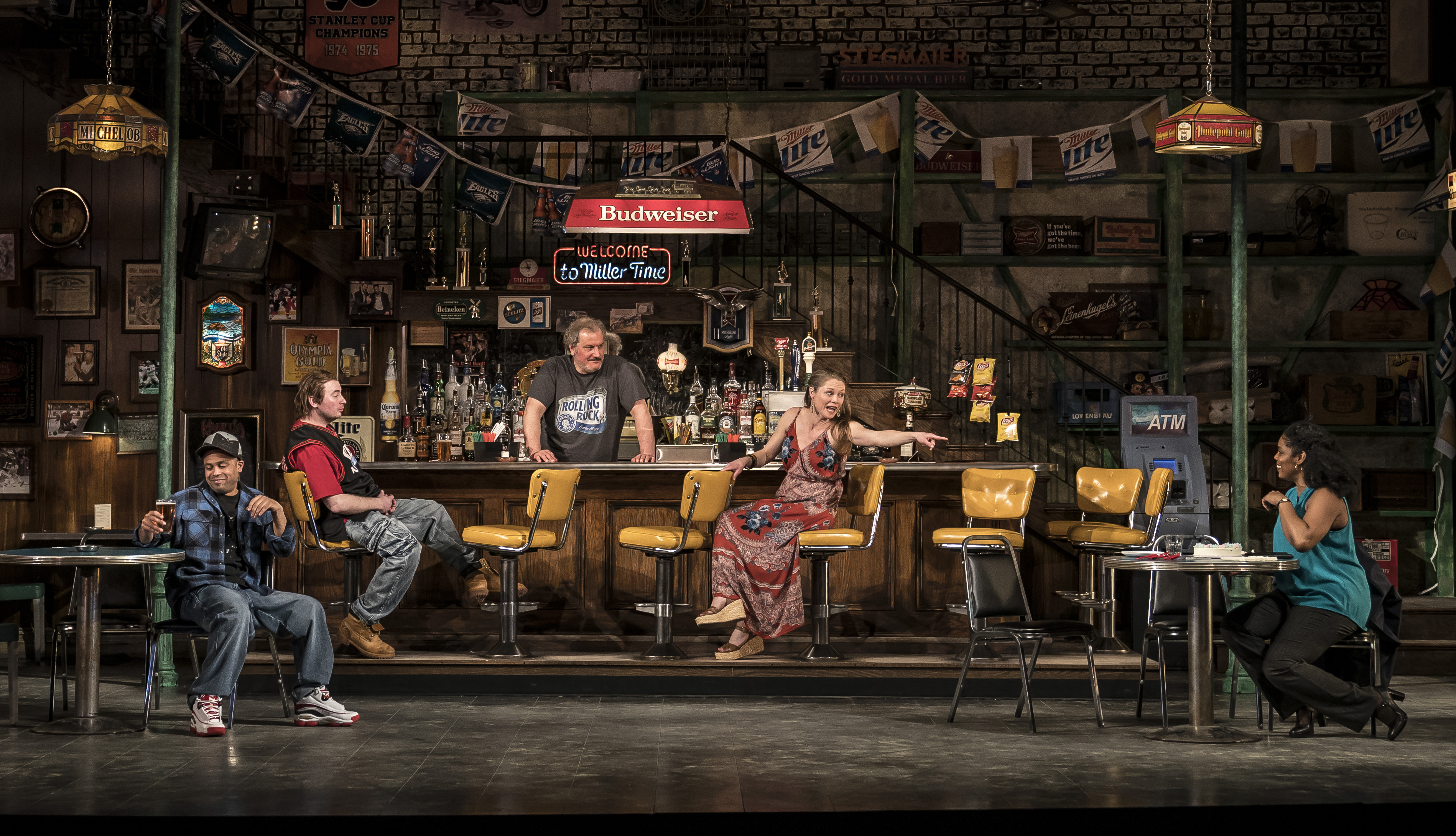 They celebrate their birthdays at the bar, marking the passage of time with store-bought cake, all sugar and trans fat and food coloring piped into the semblance of roses. They do it because they can, they do it because it’s what they’ve always done, and they do it because in America we call happiness “the icing on the cake” and we all want a taste. It’s Reading, Pennsylvania at the turn of the millennium, where everyone is a steelworker, an ex-steelworker or an aspiring steelworker. Life is good: put in the time, make do with the grind and, barring an accident with a machine, you could have a house, a cruise to the Panama Canal, a Harley.

Lynn Nottage’s 2017 Pulitzer Prize-winning “Sweat” depicts an explosive period in American history that resonates to the present day. Flickering between the years 2000 and 2008, Nottage tracks how greed has thrust us into our political moment in a story about overlapping generations of white, black and brown steelworkers at the fictional Olstead’s steel tubing factory. Tracey (Kirsten Fitzgerald) works there because her father did before her. Cynthia (Tyla Abercrumbie) was thrilled to start packing tubes on the floor twenty-four years ago but isn’t afraid to try for more. Beautiful Jessie (Chaon Cross) wandered in one day and never left. “Yo, I got aspirations. There it is. And I won’t apologize,” says Cynthia’s son Chris (Edgar Miguel Sanchez), who might go to college. But when Cynthia gets a promotion that coincides with downsizing at Olstead, things get ugly fast.

“Sweat” contrasts American ideals of opportunity and equality with American vices: racism, addiction, materialism and exploitation. Yet Nottage has a way of focusing on our culture with empathy for human weakness rather than condemnation for human failure. The Goodman’s production, directed by Ron OJ Parson, unfolds with thrilling clarity to each word, allowing every member of the all-star cast to come alive. The heartbeat and the heartbreak of this play belong to us. It is impossible to look away. (Irene Hsiao)