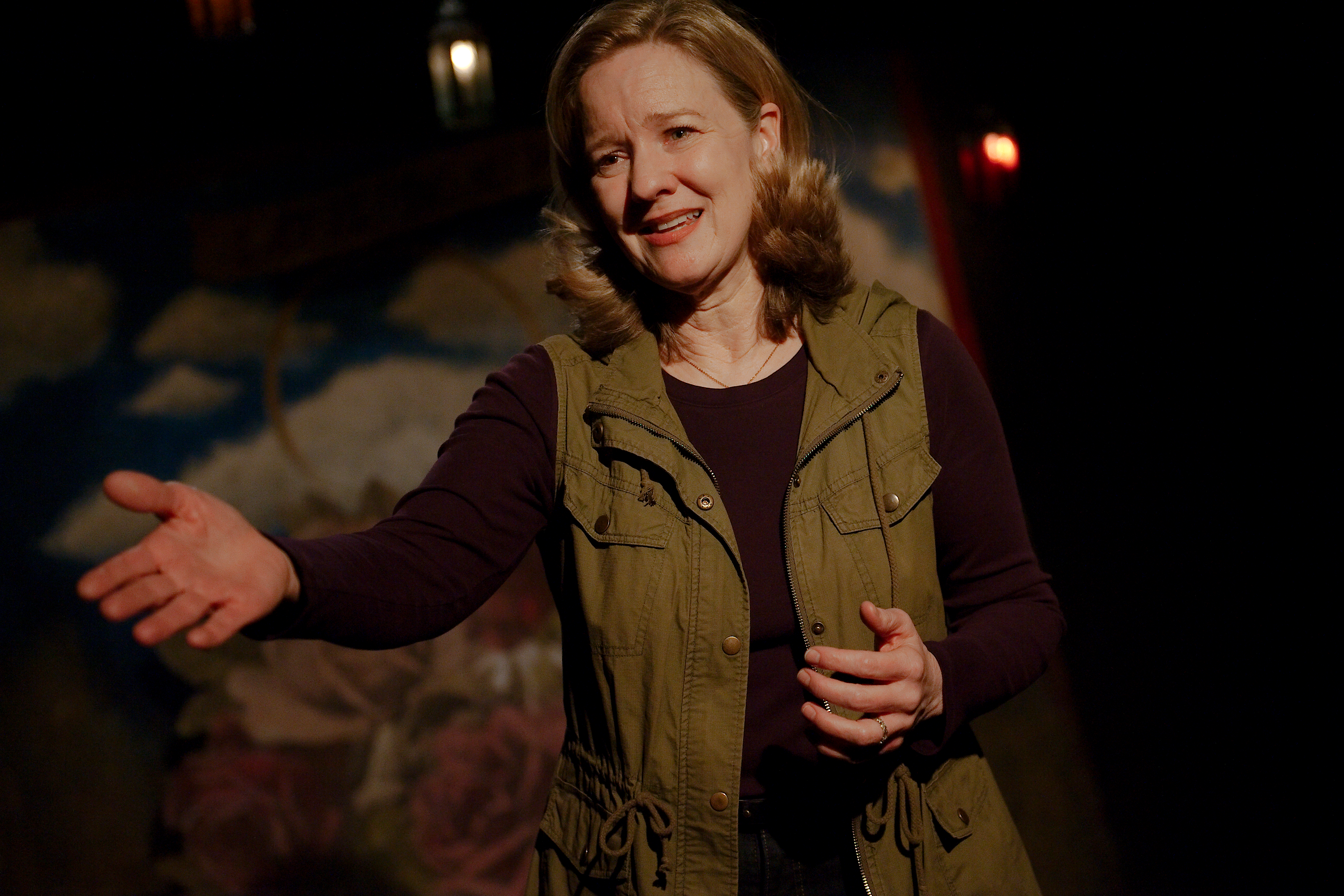 We’re all somewhere between saints and sinners. During this Catholic season of Lent, the idea of living more like saints is at the forefront of many minds. With March also being Women’s History Month, it’s an apt time to consider why the trials women face on a regular basis in order to be perceived as “good” tend to be more scrutinized than that of their male counterparts.

The particular experiences of one woman, playwright-performer Julie Ganey, and her quest to be good are put under the microscope in her one-woman show “Good Enough” at 16th Street Theater.

Ganey lays her skeletons bare: her childhood obsession with the lives of saints, her interactions with her neighborhood panhandler and her decision to not send her child to her neighborhood public school. Ganey shares clearly emotional stories of her struggle to be honest with her father at the start of the Black Lives Matter movement when he, a white man living near Ferguson, Missouri, could not understand activists’ reasons for protest after the shooting of Michael Brown. She also shares her heartache during and after the Brett Kavanaugh hearings.

It would be easy to dismiss this show as a way for Ganey to rid herself of guilt for her actions, inactions and the actions of other women in similar positions. To do so, however, would be to simplify the complexities of human nature. This montage of Ganey’s life story is an insight into the mind of a liberal, caucasian, Catholic-school educated woman, mother, daughter, wife and sister. In a society so divided, it becomes imperative to listen to and talk about various perspectives, even those that might make us uncomfortable or those that feel like a person’s preaching to the choir. This world premiere, directed by Megan Shuchman and featuring a clever and sometimes comical Donna Miller on cello, is a sample of what 16th Street Theater does best: tell a story to spark conversation. (Mary Kroeck)