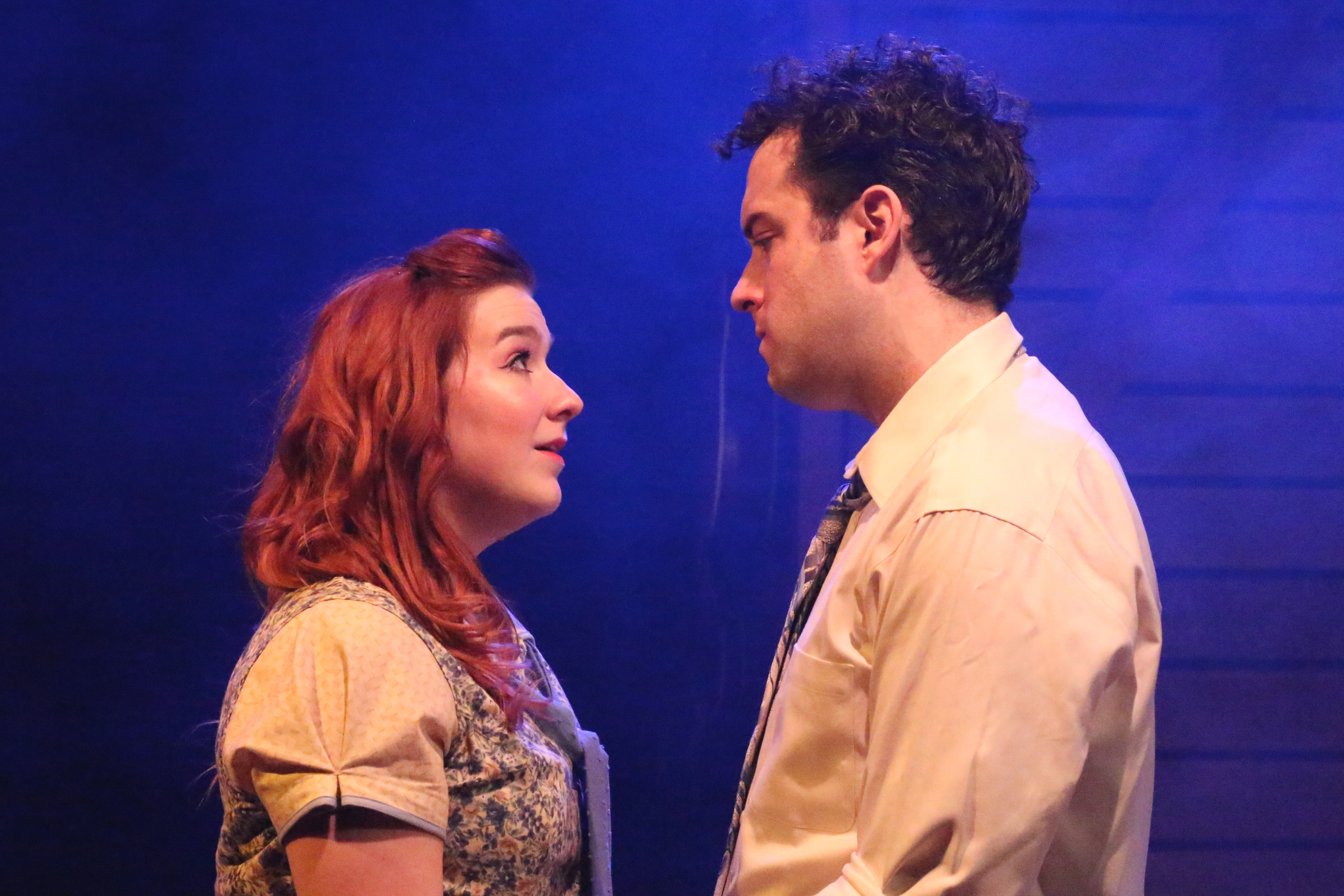 Don’t let the music, book and story credits fool you: Steve Martin may have co-written this musical but it’s not all laughs. It’s wry and can make your gut hurt from laughing. A cozy, bluegrass-based show, “Bright Star” can only shine as bright as you let it.

Inspired by a true story (spoilers in link), “Bright Star” is a time jumper. Set in North Carolina during both the 1940s and 1920s, the story follows literary editor Alice Murphy at two vastly different points in her life. The musical shifts from her carefree youth to her present-day responsibilities and serves as a genuine sparkle in the face of harsh realities.

Lauren M. Nichols’ transformative set aligns with the show’s rhythmic qualities. Between the sliding of walls and the chorus of the live band, scene changes feel natural. Moments that would pull the audience from the action are nowhere to be found. The interplay of Nichols’ set, the band, G. Max Maxin IV’s lighting and projections and Joseph Palermo’s sound creates smooth movement from scene to scene. The opportunity to witness these intricate details on their own is enough to recommend “Bright Star.”

But the burning center of this cosmic anomaly is the cast. Missy Wise’s Alice Murphy was achingly reminiscent of early career Reba McEntire or Dolly Parton à la 1974’s “Jolene.” The Southern twang sits so naturally in Wise’s voice even in moments of searing pain. Paired with Josiah Robinson and Scott Danielson, who rival Wise’s sweet southern vocality, “Bright Star” has too many stars to keep track of.

“Bright Star” did take time to find its sound balance on opening night. For the first thirty minutes, many lyrics were swallowed by the overpowering accompaniment. When the music and the singers found their equilibrium, the show flourished.

For someone whose childhood was filled with classic country, “Bright Star” always feels like coming home. For a show all about redemption and the love of one’s home and family, there could be nothing better.

“Bright Star” didn’t have a long life on Broadway. It closed just shy of 110 performances. Its full-speed-ahead optimism is very Golden Age of Broadway while its treatment of life is very modern. It is a musical marriage of old and new and the kind of heartwarming theater that we need to remind us how beautiful life can be.

And, oh boy, does it shine bright. (Amanda Finn)