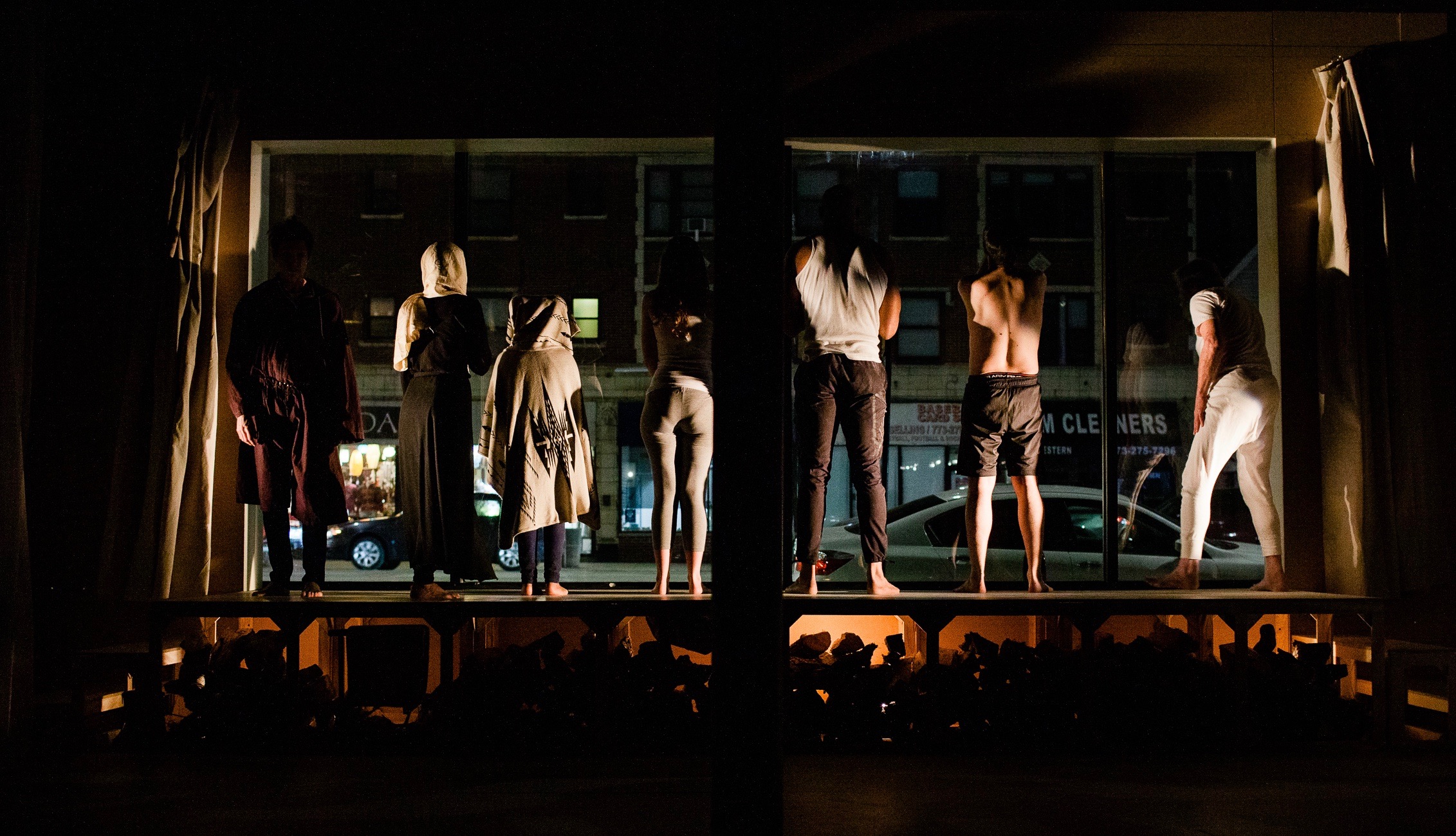 On a dark stretch of Western Avenue, across from a baseball-card shop, a cleaners, and FaucetShark.com, a shop window blazes with light. A small group of people move and stop with intention, mannequins making tableaux vivants. This is the practical magic of storefront theater, mesmerizing. The show was happening before you got there. The show was always happening.

Directed by Melissa Lorraine and Héctor Álvarez, “Self-Accusation” flourishes into a spectacle for nine actors that proceeds as a well-rehearsed fever dream. Defying Handke’s perverse tendency to abstraction, Theatre Y allows the text to advance and retreat in a succession of potent images that leaves the performance swerving on the edge of sense and nonsense.

Sometimes these images take advantage of the distinctive variety of ages, genders and ethnicities assembled to create a pointed representation of a society we recognize all too well: “I became the object of sentences. I became the supplement of sentences,” says a young woman (Kris Tori); “I became responsible for my history. I became co-responsible for the history of others,” says an old white man (Howard Raik); “I was able to conceal my history,” says another man (Anthôny Battle), smearing flour onto his dark skin.

Other times, they lean into the absurdity of the work: Adrian Garcia Jr. and Raik take turns declaring their duties as they gulp air from a helium balloon; Nadia Pillay chants her lines like an auctioneer; Ishmael Klein says “blah blah blah” with her hands. The repetition of these confessions produces a sense of strangeness, alienating the “I” of the actor from the “I” of the speaker, the past from the present, the actor from the act in the act of speaking.