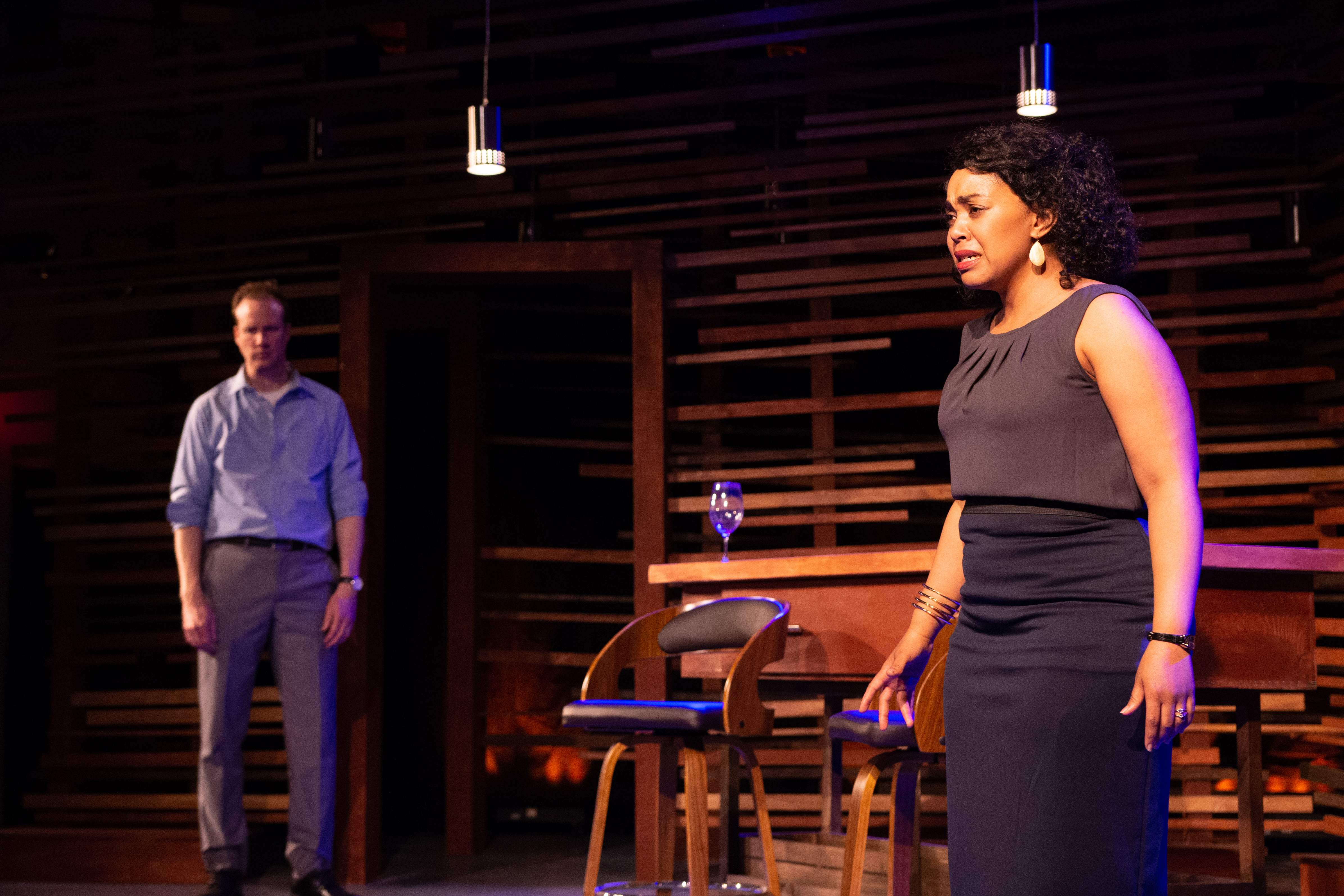 We love it when our politicians remind us of ourselves. Bill and Hillary hiking in the woods? Man, that’s exactly what I would do after losing the free world to Trump. Sometimes the resemblance can be less than flattering, like the day after Virginians learned their newly elected governor once thought it was okay to pose in blackface. It is this sense of disgust and betrayal that so effectively binds Meredith Friedman’s timely political tale “The Firestorm.”

Set in the present, “The Firestorm” follows a pivotal moment in one man’s gubernatorial campaign. Patrick (Steve O’Connell) appears to be the perfect candidate. He is bright, likable, and, as the play quickly establishes, ethical. His wife Gaby (Melanie Loren, who is the beating heart of this production) is just as smart though maybe not as approachable. But she is willing to take advice from the attractive millennial campaign PR person (Kayla Kennedy) working in the shadows. Gaby is also African-American, which this power couple, under certain parameters, is willing to exploit. Victory appears within reach when an ugly episode from Patrick’s past surfaces. It is Gaby, of course, who is asked to put out the fire. In doing so, she is forced to tackle her own racial identity as well as the true nature of her marriage.

Director and First Folio artistic associate Rachel Lambert presents a crisp and engaging drama that takes full advantage of her lead actors’ emotional range. Both characters change across ninety-plus minutes, keeping the audience engaged. What makes this a recommendable production, however, is its unflinching take on the emotional damage done by Patrick, who naively believes (as those of us with white privilege are bound to do) that his actions have little consequence. We never do find out whether or not Patrick wins the election. We do learn that everyone has a line they are unwilling to cross. (Noel Schecter)