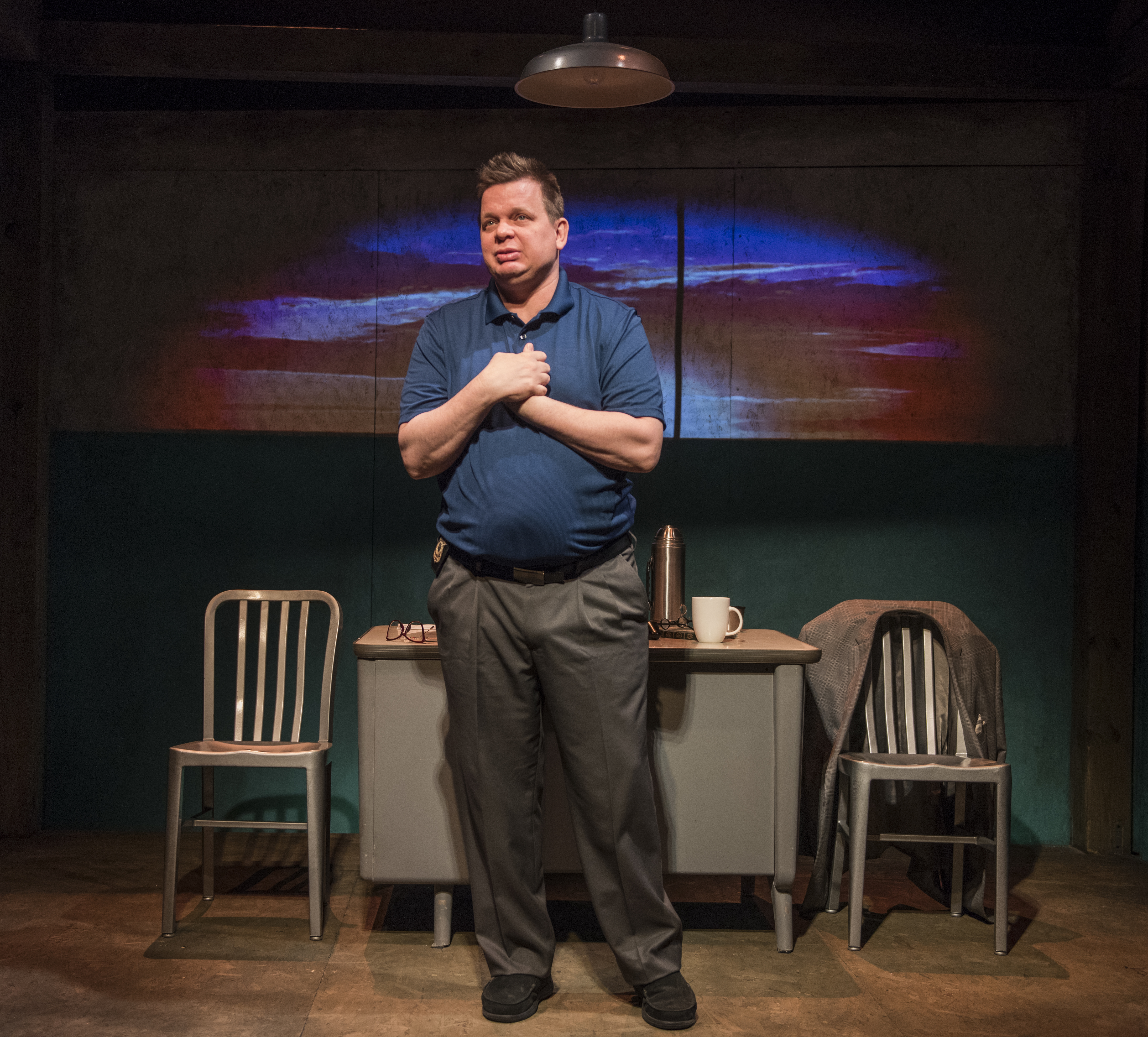 To call “The Absolute Brightness of Leonard Pelkey” a solo play is almost like saying that Moisés Kaufman dabbles in Tectonic Theater. Like Kaufman’s “The Laramie Project,” “Absolute Brightness” draws together a multitude of voices from a small town bowled over by tragedy.

Enter the one and only Joe Foust, one of Chicago’s strongest veteran character actors. Over the course of just seventy-five minutes, Foust takes on nine personas. The centerpoint of his performance is Chuck DeSantis, a rough-and-tumble New Jersey detective with an uncharacteristic penchant for Shakespeare. DeSantis is tasked with finding fourteen-year-old Leonard Pelkey, a flamboyant teen who, as we find out, affected the lives of many of the people in his small town.

Despite Leonard’s imagery in promotional materials, don’t expect Foust to portray the young man. Rather than take on his likeness, the characters in the show manifest Leonard’s heart and soul. And sole, by way of the rainbow platform sneaker he fashioned from a pair of Converse glued to stacked rubber flip-flops.

My personal favorite character of Foust’s is Harvey Fierstein-esque Marion Tochterman. I find myself hoping that someone will remount “Hairspray” just so Foust can play Edna Turnblad. Or Foust could just do the whole damn show. I’d watch.

Foust is a dynamo in a show like this. His ability to wholly embody different characters from one second to the next is perfectly suited for a show demanding a character actor extraordinaire. There are a few, albeit gimmicky, props to add to the fantasy, but Foust hardly needs them to introduce an audience to the menagerie of fascinating small town folk.

With a script by James Lecesne (whose award-winning 1995 film “Trevor,” tied for Best Short Subject Oscar and inspired The Trevor Project), “Absolute Brightness” is a study of character development and relation. It shows audiences how people fit together in both a fictional town and our own very real world.

There are several points in the show that fall into an emotional lull, perhaps indicating that the play, which premiered off-Broadway in 2015, could use additional development.

Nevertheless, the play feels like a film noir-docudrama hybrid. Combined with occasionally attention-stealing projections by G. “Max” Maxin IV and a dreary bare-bones set by Grant Sabin, Foust’s performance is the brightest thing in the room. That is, until Jared Gooding’s colorful lighting design kicks into high gear.

It was fate that the weather on opening night was dark and drizzly. Stage 773 became respite from the bitterness of early spring. And even in the show’s darkest moments, Foust’s performance was enough to inspire struggling stars in the night sky to shine brighter. (Amanda Finn)