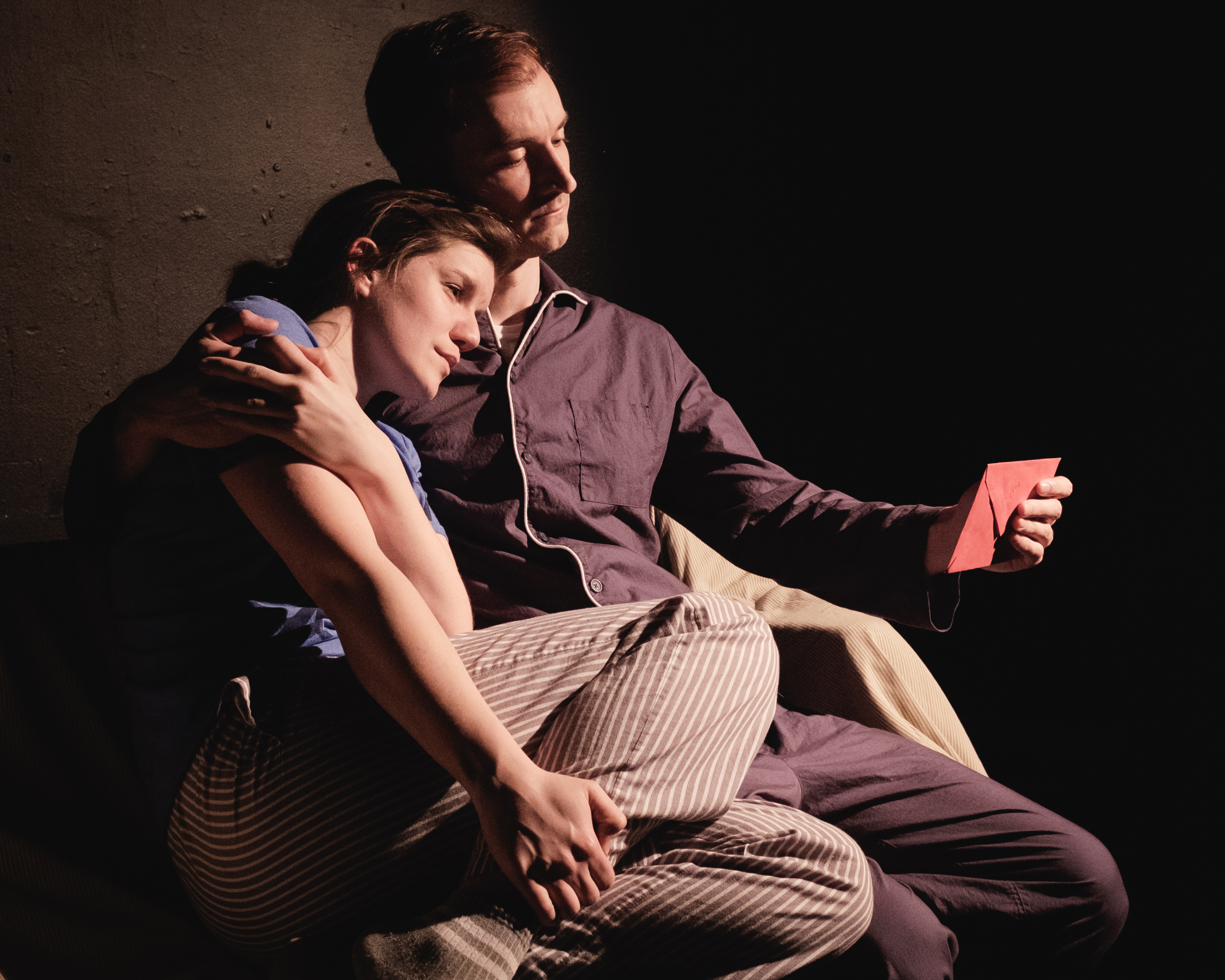 There are six characters listed in the program, but there are really only four in “Iron Kisses.” Two are merely variations of the same people. This two-hander is evidence that no two people see anyone the same way. At least, that’s the case for siblings Billy and Barbara.

James Still’s play is a snapshot of a family in three scenes. It opens on David Cameli playing Billy, Billy’s Mom and Billy’s Dad. They’re coping with their son’s “lifestyle choices” and his marriage to a man named Michael. Later, Bailey Castle steps out as Barbara, Barbara’s Mom and Barbara’s Dad. Although the siblings share parents, they do not share the same experience of them. Each sees their parents in a different light.

“Iron Kisses” drives the point home that we become our parents. Not carbon copies of them, but we inhabit traits they’ve passed on to us willingly or otherwise. Whether we like it or not we are our parents’ children, whatever that means for us. And for Barbara and Billy that’s complicated.

Different sibling viewpoints aside, director Tony Lawry fashions Cameli and Castle’s movements to mirror one another whenever Mom and Dad are personified: “manspreading” for Dad and fidgeting or inquisitive head tilts for Mom. Although it isn’t always immediately clear when Cameli switches from Mom to Dad and back to Billy, the movements help solidify the difference. Both actors handle the task of switching with grace despite a few tongue-tying moments.


For Barbara, there is an underlying need to impress her Mother despite their squabbles and to be “perfect” in her eyes or at least as “perfect” as Billy. For Billy the idea of “perfect” is lost to him because of his sexuality. Both feel estranged from what their parents hoped for them. For Barbara and Billy, the pang of black sheepdom is a lot to bear no matter how much time has passed. As the title “Iron Kisses” implies, affection can be cold. It can also be strong and even unbreakable.

Theatre Above the Law’s black box is largely bare for this production, save for a multipurpose table, bench and the backseat of a car. But when it comes to memory, especially those memories held as close to the heart as family, the scenery is often faded. It is word met with action or inaction that linger once the moments are gone. And for siblings, it is too often the moments spent with parents alone that can rekindle lost warmth. (Amanda Finn)