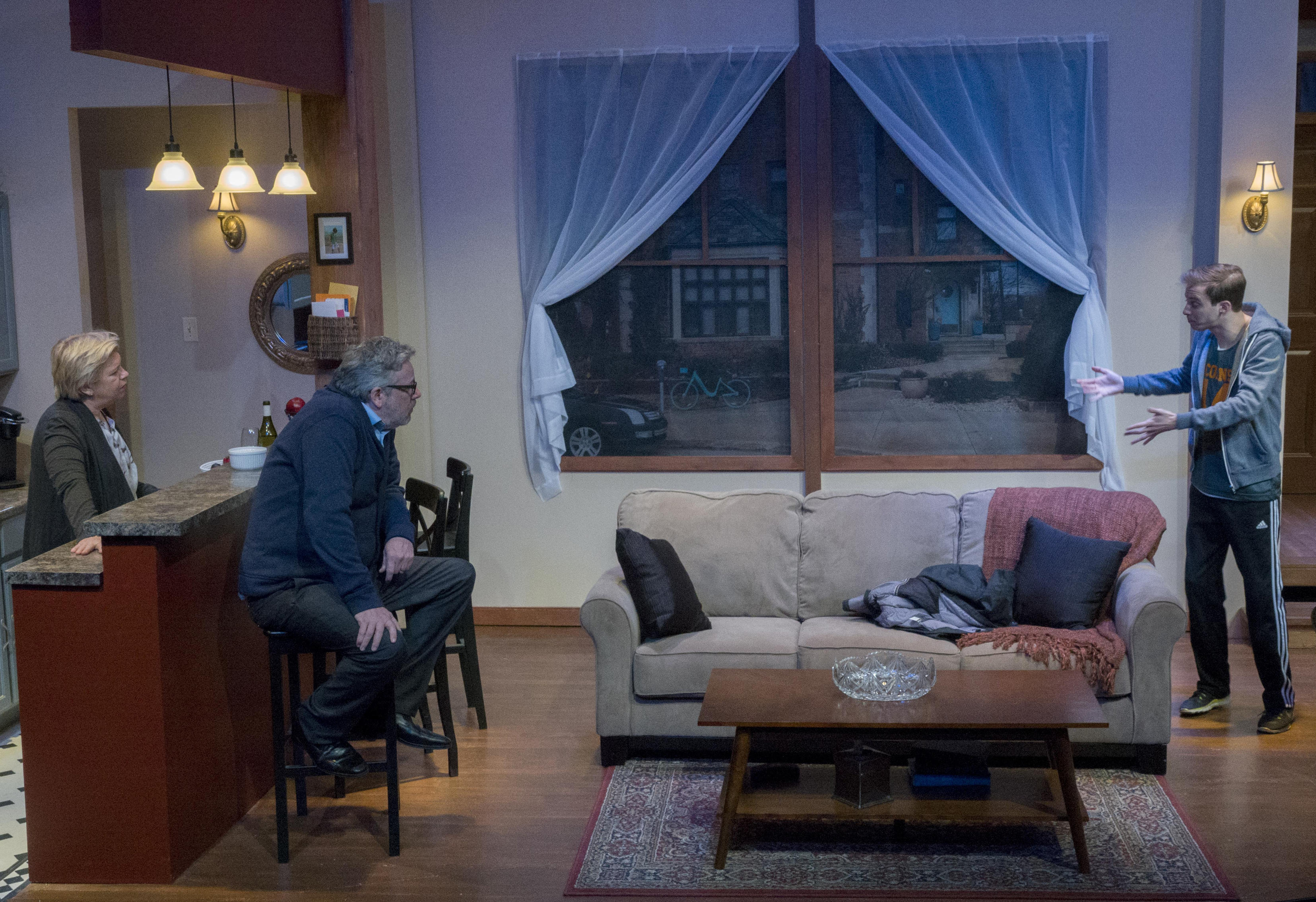 There’s this moving setpiece in Theater Wit’s “Admissions,” by Joshua Harmon. It’s neat: in a nice upper-middle-class living room, these two sliding panels pull out to either side and an office moves into the room. The surprise only works once and creates odd scene transitions tracked by poppy club anthems.

During the performance I saw, between the penultimate and the final scenes, it broke. One of the panels began to tip onto its corner, the stage manager called “HOLD,” and the cast and crew fixed it within two or three minutes.

I want to be very clear: I’m not calling attention to this technical issue to embarrass. I’m telling you because those panels, that platform, and the way the cast and crew dealt with it, are representative of all that’s wrong and redemptive within Harmon’s “Admissions,” a play that is extremely and thoroughly about white liberals wracked with guilt and rage and savior complexes. But Harmon’s work, with its deep desire to provoke, moves forward under Jeremy Wechsler’s direction to create a funny, tense show that comments so hard on itself and its audience that I was worried I would accidentally break the fourth wall of my own life, stare out at a cosmic audience, and realize that watching this show was the joke itself.

Harmon’s characters, who use unseen people of color to gain status among other white people, become Harmon, whose play, while using the specter of and occasionally speaking for people of color, features no actors of color or characters of color. Is this deliberate provocation to progressives or a hypocritical use of the playwright’s platform? Yes.

In some capacity, it’s a lack of imagination. These characters, scripted to be no better than they are, can be no better than they are. We get an honest, if cynical, assessment of a predominantly white audience, based on our collective reaction. This condemnation of these characters asks the same questions white people have been and are currently stuck on only to then remain stuck there.

The real misfortune of this pessimistic tautology is how it’s placed within a technically excellent (and far, far too white) show with some insight into labels and the gaps in our privilege. It’s well-put-together and the cast is dynamite, albeit with a slow start and some strange pacing here and there. But politically, the mechanism is broken, hoisted by its own petard, and the ultimate takeaway is too obvious to enlighten: the question “Can we be better?” is answered with a negative. (Jay Van Ort)