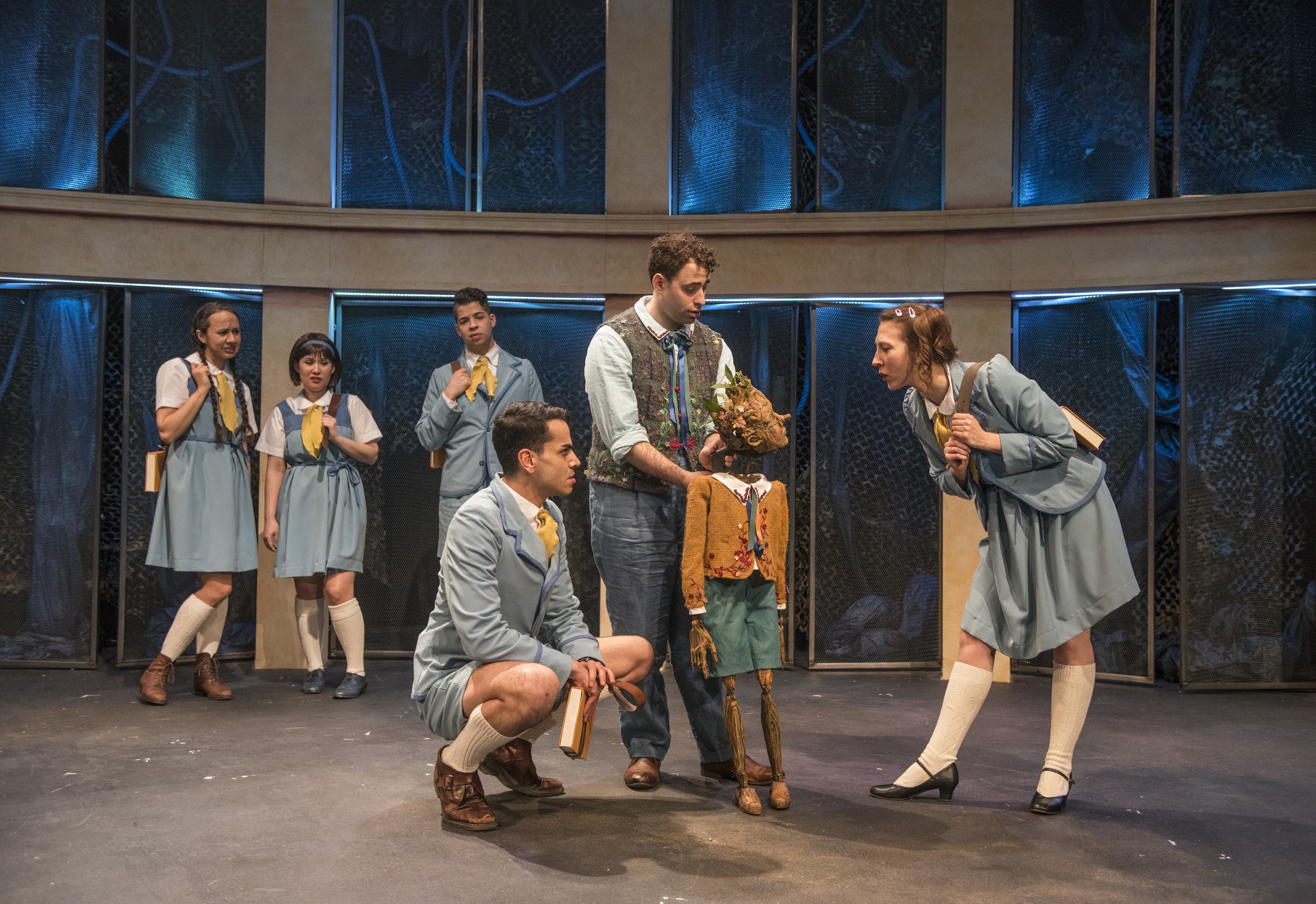 For those curious to see what would happen if “Shrek” were directed by Hayao Miyazaki, The House Theatre’s production of “Pinocchio” might be the next best thing. A marvelous and magical world-premiere production that’s intermittently too self-aware for its own good, the world-famous wooden boy (originally created by Italian author Carlo Collodi) is brought to life here by the brilliant craftwork of Chicago Puppet Studios, while puppeteered and voiced by the masterful Sean Garratt. Broadway may have “King Kong,” but that ape puppet’s got nothing on the wooden boy who’ll steal your heart.

Rather than the traditional Pinocchio narrative (sorry, Disney fans, Jiminy Cricket’s just a chirping cricket named “Mr. Cricket” here), playwrights Joseph Steakley and Ben Lobpries have created a Pinocchio suited to the Discourse of 2019 America, crafting a story that battles prejudice towards others, anti-intellectualism, and the destruction of nature and the things we don’t understand.

Pinocchio, as precocious as ever, is our analogue for “The Other”: the creature made from a tree in the forest that the townspeople refuse to try to understand. His friendship with a local schoolboy, Romeo (Brandon Rivera), is his attempt to show the world that humanity and nature can live together in peace, but the close-minded townspeople are having none of it. Scenes that highlight the beauty of nature, the sincerity of friendship and the complexities of building a chosen family make this “Pinocchio” a worthwhile journey altogether.

Which makes it all the more frustrating when these moments reside concurrently with jokes verging on snark, which otherwise undermine the sincerity we’ve witnessed up to this point. A show like “Pinocchio” is, of course, ripe for comedy, but too many of these moments—rather than stemming from character and circumstance—exist to circumvent the play in a highly self-referential manner.

Don’t get me wrong: self-referential humor can be a terrific comedic tool, but it’s a tricky road to travel. Calling attention to the notion that we’re watching a fake story while simultaneously working to emotionally connect us with the inhabitants of said fake story, while not an impossible task, requires building a theatrical language from the get-go to let the audience know how the act of storytelling will function. That’s a rule-breaking, theatrical high-wire act that the production (otherwise charmingly directed by Chris Mathews) isn’t always able to traverse.

And of course there’s Sean Garratt as the wooden boy, in a marvelous performance that grips you from the first moments he arrives onstage in a stunning, practically wordless introductory sequence, scored by the emotionally resonant music of Matthew Muñiz. We see Geppetto teaching Pinocchio to walk, to read and to truly live in his new form. It’s a joyful, hilarious, and all-too-charming sequence filled with unlimited doses of theatrical magic. All heart and full sincerity, where this show truly comes to life. (Ben Kaye)