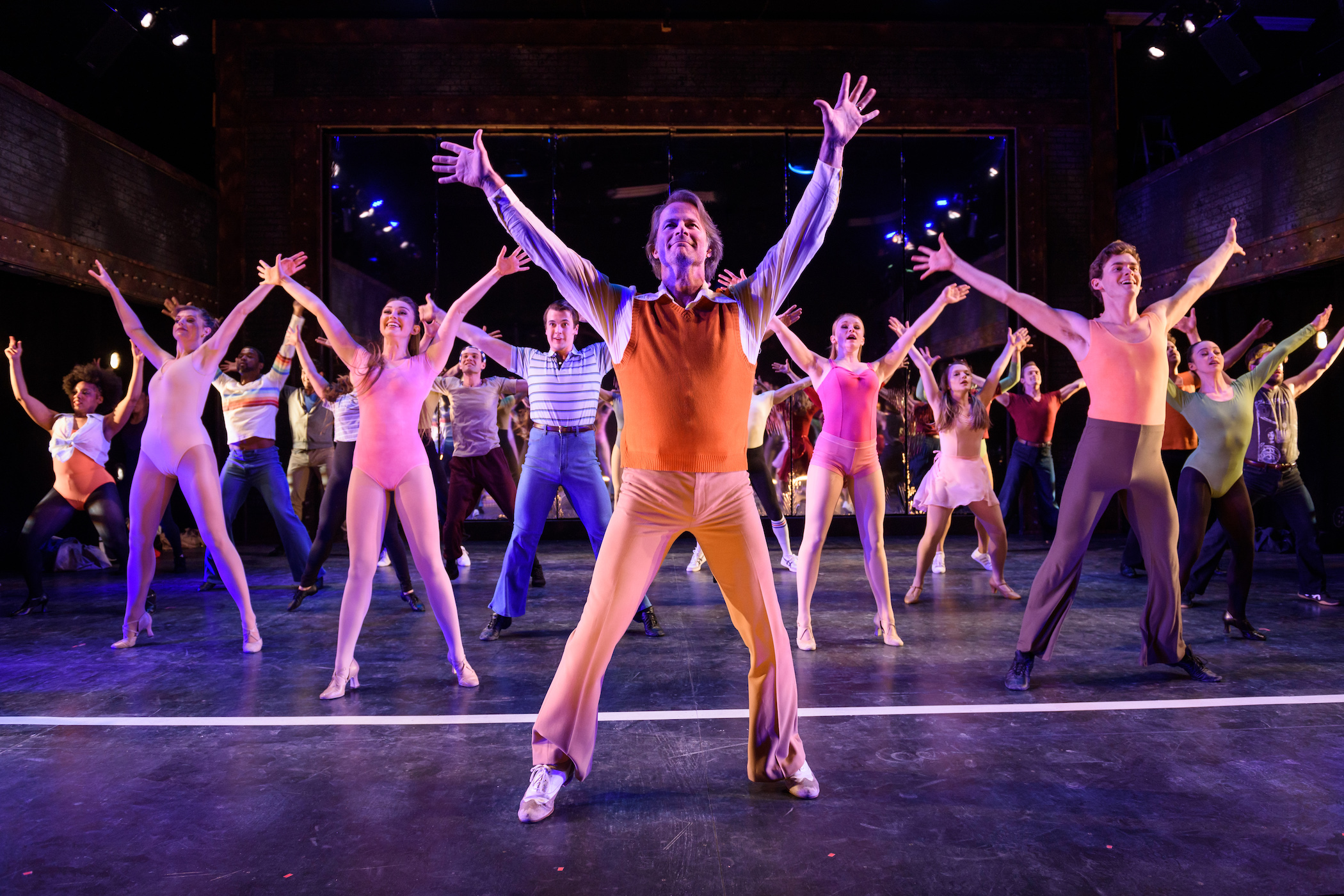 The cast of “A Chorus Line”/Photo: Michael Courier

Electric and full of vibrant pizzaz, “A Chorus Line” at Porchlight Music Theatre is one of the most enjoyable shows of 2019. Debuting in 1975, the musical holds up remarkably well, buoyed by a cast of seventeen outstanding dancers who hoof it for two hours straight without an intermission. You will leave this show and immediately call your personal trainer.

Wonderfully directed by Brenda Didier, “A Chorus Line” walks us through a cutthroat Broadway dance audition that plays out in real time. In between the dazzling dance combinations and fancy footwork, each of the actors gives monologues about their background and motivations for engaging in one of the most punishing and masochistic careers on earth. This is an ensemble piece and no one character ever truly emerges as the protagonist. The real star, however, is choreographer Chris Carter, who keeps the action onstage flowing organically like a kaleidoscope, providing a gorgeous feast for the eyes that will leave you giddy with delight. Costume designer Robert S. Kuhn recreates the charm of the seventies’ ethos without being heavy-handed.

Richard Strimer plays the imposing director, who frequently dictates the fate of the dancers from offstage over a hollow and terrifying disembodied microphone, a “Wizard of Oz”-like façade that renders him larger-than-life. Strimer is wonderfully versatile, stern and commanding but capable of softening when the scene calls for it.

Many musicals invest in great actors and singers yet skimp on the dance. Everyone in this cast is a triple threat. Aalon Smith has the strongest, fullest voice in the cast, the kind of voice that blows you out of your seat and moves you to applaud mid-song. Erica Evans is not only an amazing dancer but a great comic actor, with exquisite timing and wry delivery, perfect for her sassy over-the-hill-at-just-over-thirty character. And Terrell Armstrong delivers a gob-smacking dance combination, which can only be described as gravity-defying.

Most of the story is about the harsh realities of the industry, pinned on the hoary trope of troubled family lives as an accelerant to a life spent chasing stardom. Natalie Welch hilariously underscores the unsavory side of this beauty-obsessed industry in the song “Dance: Ten; Looks: Three,” which produces the kind of laughter that hurts because it is still unfortunately relevant. Adrienne Vlasco-Storrs shines in a powerfully sung, bittersweet ode to an abusive acting teacher in “Nothing.” Laura Savage gives her all in a breathtaking dance solo in “The Music and the Mirror,” as an actor dancing against the ticking clock of her career.

Dance is notoriously brutal on the body and many careers end before the age of thirty. What makes dancers put up with so much risk and so little pay? A heartwarming monologue delivered by Alejandro Fonseca speaks to the joy, love and self-acceptance that can sometimes only be discovered through the nonverbal exploration that is dance. When the cast comes out for the jubilant finale of “One,” no one in the house was without a big, beaming smile. (Sheri Flanders)