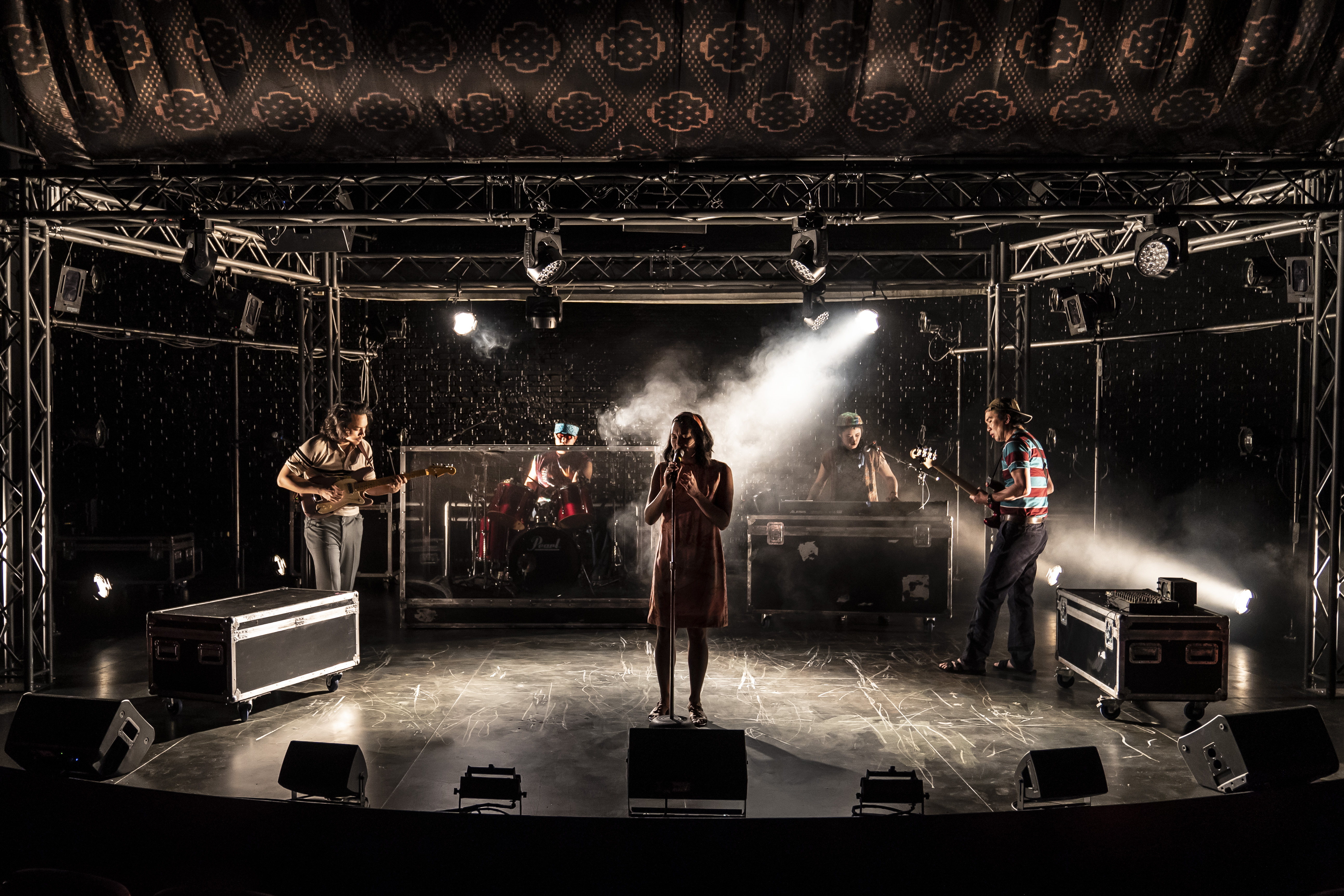 It would suffice, emotionally speaking, to simply write, “Please see ‘Cambodian Rock Band’ at Victory Gardens Theater!!!” ad nauseam for six paragraphs, though that ultimately wouldn’t do anyone any good. It provides no justice for you, the reader, who has no idea what this play is and why you should see it, nor for the show itself, a panoply of emotional and cultural catharses held together in a theatrically rich presentation that can only be described as the best show you’ll see in Chicago this spring. Maybe all year. Hyperbole be damned, that’s what we’re working with here.

“Cambodian Rock Band” takes many forms over its two acts, unfurling as part rock concert, part father-daughter relationship story, and part history lesson recounting the devastation of the Cambodian genocides carried out by Pol Pot and the Khmer Rouge. Playwright Lauren Yee shifts in time between the dictatorial rule of the KR in the late seventies, and present-day Cambodia (well, 2008, but close enough), primarily seen through the eyes of Chum, in a performance from Greg Watanabe that will leave you in tears by the evening’s end.

Chum has come to Cambodia to visit his daughter, Neary (Aja Wiltshire, compelling and grounded when she isn’t belting her face off), busy in the midst of preparing evidence and witness testimonies for the conviction of Duch (Rammel Chan, sly and vicious), the first person to ever stand trial for the war crimes of the KR. And… well, to dig deeper into the complexities of Yee’s script (easily one of the best new plays the American theater has seen in years) would require a den of spoilers that I’d hate to lob at any unsuspecting pre-show readers.

We learn that Chum and Duch have a lot more in common than meets the eye, their fates and their journeys inexplicably bound for life. Much of “Cambodian Rock Band” reckons with the concept of karmic retribution and how our past actions stick with us through the course of our lives. The past may be recorded on a broken old cassette tape, but the tape is still there as a memory to bring you back to that way-back time. The ancient Buddhist proverb about concentrating your mind on the present moment comes into play, though the interlocking nature of past and future events seems to be of more interest to Yee here.

These moments of emotional karmic reckoning and scenes grappling with the history of communist genocide (this is a very fun show, I promise) are punctuated by the actors joining together as their own band, playing the songs of real-life Cambodian rock band Dengue Fever: a series of raucous and catchy crowd-pleasers under the music direction of Matt MacNelly. (Eileen Doan, Peter Sipla and Matthew Yee comprise the rest of the all-star cast.) A trunkful of plaudits must likewise be directed toward the designers of this production, including Keith Parham’s arena-ready lights, Mikhail Fiksel’s perfectly pitched sound, and Yu Shibagaki’s deceptively simple set, which all coalesce in airtight harmony under the specific and heartfelt direction of Marti Lyons.

Lauren Yee is one of this country’s premier playwrights, her works transcending genre and form, tapping into emotional truths embedded in deep cultural specificity. To see a Lauren Yee play is to take a glimpse into the hope and promise of how the American theater can truly thrive and succeed. “Cambodian Rock Band” is no exception. So, what are you waiting for? The band’s ready to play. (Ben Kaye)