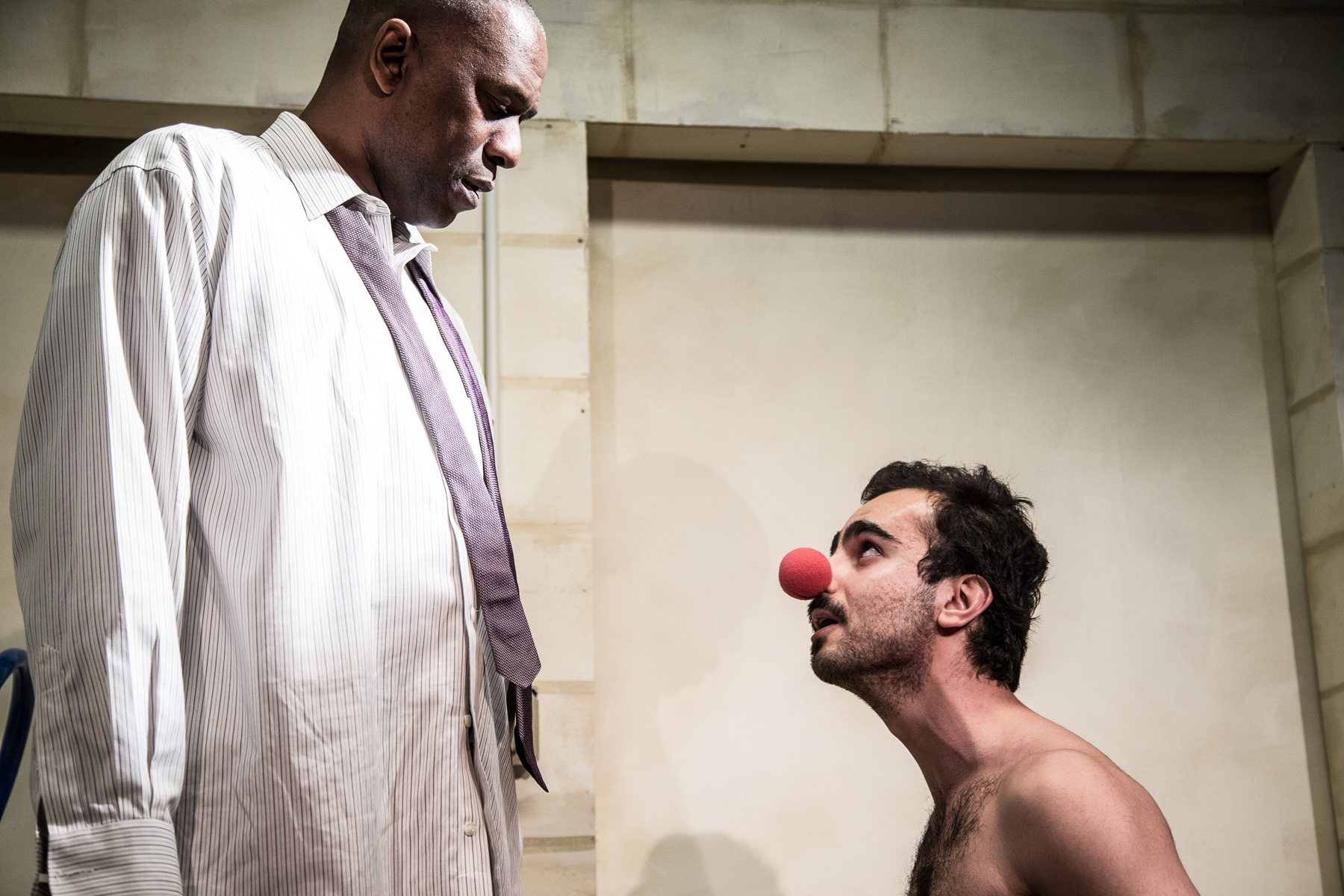 
The intricacies of “Language Rooms,” by Yussef El Guindi, are long, sinuous and penetrating in their thoughtfulness and viciousness. When bossman Kevin (a fast-talking, competent Bradford Stevens) says, “A tight outfit becomes a sieve,” it connects to his compulsive care of clothing. You realize the way that a single metaphor spreads out like the roots of a tree, touching and humming with the forest, asking questions about complicity, community, isolation and, of course, language.

Guindi’s characters use language and inquiry as offensive, throttling opponents before their own natures can be seen, leaving us to doubt motives and alliances. This text leaves you breathless, like running sprints. When it gives you time to rest, it’s to let events sink in. At two hours with an intermission, there’s a careful balance of pacing that keeps the art dynamic. Too much speed: you’ll run us into the ground. Too much space: you give everything weight and we’ll get tired from carrying it. But Broken Nose Theatre and director Kaiser Zaki Ahmed understand that some moments are harder to take in than others.

For example: when Ahmed (Salar Ardebili at his most earnest) falls to his knees in American flag undies and a clown nose, we are allowed a breath or two to evaluate the scene. That has some weight. Then, when that minute example of subservience is expanded into the violence and manipulation of an interrogation. When we see Samir (Bilal Dardai) unwind himself for the sake of proving the authenticity of his love… Well, that’s got a lot of baggage that we need time for. It’s this understanding of tempo and an absurdist sense of humor that keeps “Language Rooms” in a heightened state of immersion and dialogue despite its difficult subject matter.

That same directorial care guides a quartet of capable performers to shockingly vulnerable places. I don’t have space to speak about all of them, but I will say that Dardai’s Samir has the difficult job of being the only person who can differentiate between big things and small things (maybe), becoming a moral through-line in a play that knows how fickle culture can be regarding ethics.

“The artist deals with what cannot be said in words,” wrote Ursula K. Le Guin.

There’s a hidden corollary to this phrase, that no single word can create the entirety but that these words create sentences and these sentences create paragraphs or dialogue and these paragraphs or dialogue create stories that crash into each other, negotiating subtleties in a metaphysical disaster in order to create vaster meaning. This is what the art is: independent components brought together to enlighten a darkened corner of us and our universe, tiny cosmic explosions happening in black boxes and living rooms across the country.


Broken Nose Theatre at the Den Theatre, 1333 North Milwaukee, brokennosetheatre.org, Pay-what-you-can. Through May 18.