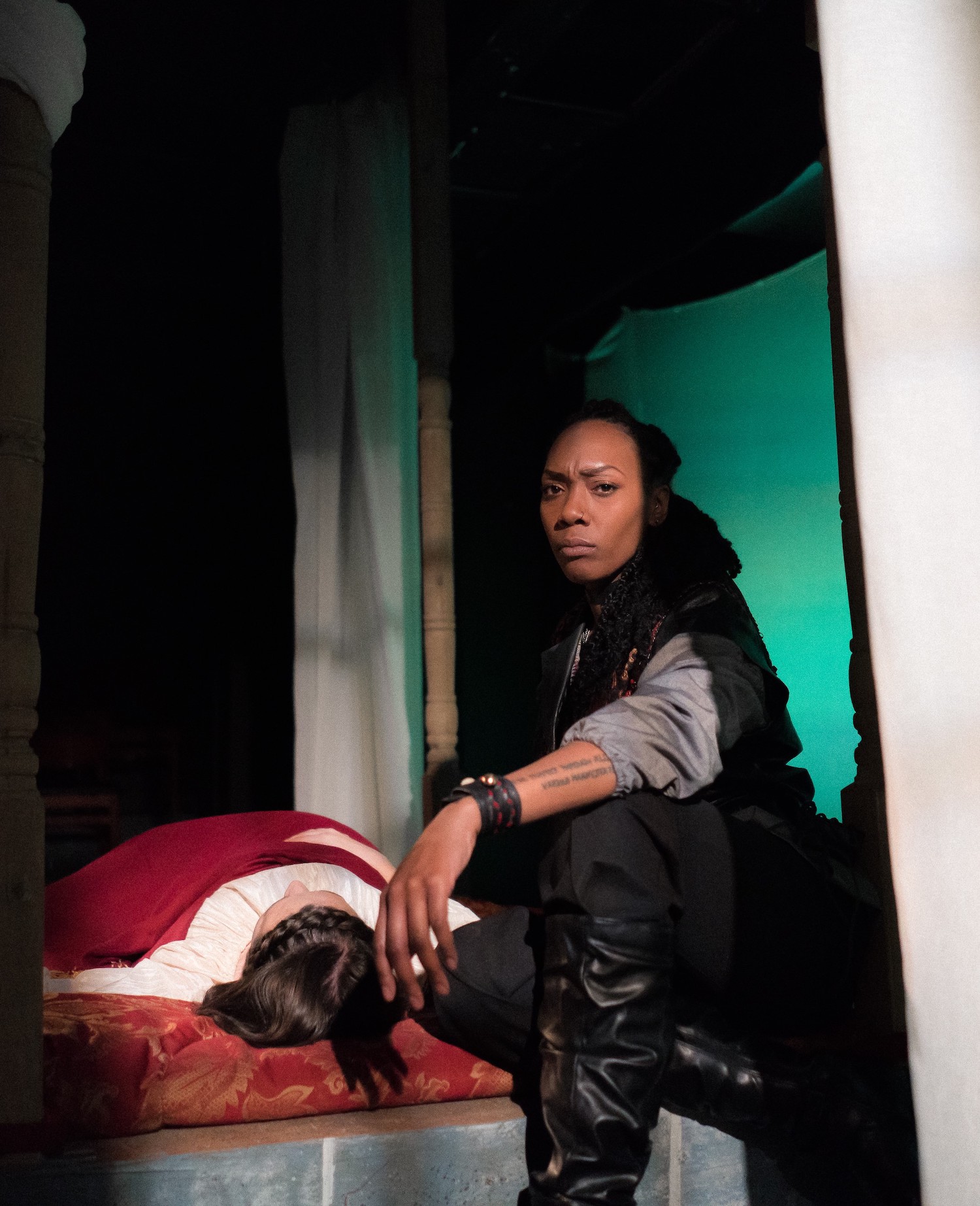 In Othello’s first long speech, the general recounts how he wooed the fair maiden Desdemona by telling her his war stories: “My story being done… She wish’d she had not heard it, yet she wish’d/That heaven had made her such a man.” Babes with Blades’ production of “Othello,” directed by Mignon McPherson Stewart, lets this moment slide by without notable attention to the line. Yet the most interesting accomplishment of this all-female casting is its shedding light on the making of manhood in Shakespeare’s tragic play about a war hero brought down by psychological manipulation.

This result is achieved in much the same way that Elizabeth Holmes duped investors into dumping money into Theranos by adopting what Katie McDonough at Jezebel has called a “stupid man” voice. Villain Iago (Kathrynne Wolf) doesn’t have much game, he’s just a bro, egging on foolish Roderigo (Rachel Mock), getting lightweight Cassio (Meredith Ernst) drunk, and orchestrating the jealousy of Othello (Brianna Buckley) with the unwitting help of his wife Aemilia (Ashley Fox). In this context, Othello’s penchant for storytelling becomes just one of a broader set of strategies for getting ahead as a man: his sameness with the others causes his narrative as a black man to retreat to the background. Being a guy means performing for other guys: making that money, getting that promotion, showing, by whatever means you have, that you’re more man than the others. After they duel (and who cares why), they lie on the floor crying like babies.

Sarah Liz Bell’s depiction of Desdemona, on the other hand, is sensitive and nuanced, her every gesture noble and alive with winsome charm. Her first lines in the play reference the performance of duty to husband and father required of her by the rules invented by men, but her dialogues with Aemilia seem intimate and natural, creating a fascinating contrast between masculine performance and feminine sincerity. It should be noted: on her deathbed, she fights back.

Babes with Blades Theatre Company states that they aim to “develop and present scripts focused on complex, dynamic (and often combative) female characters.” Their biennial project of presenting a Shakespearean work seems at odds with these aims: Heather Froehlich, literary informatics librarian at Penn State, has shown that only about twelve percent of the characters in Shakespeare’s plays are female. And the Oxford University Press blog has noted that female characters speak far less than male ones, even in plays with female leads.

This production of “Othello” succeeds in focusing a play often seen through the lens of race pointedly upon gender. (Irene Hsiao)