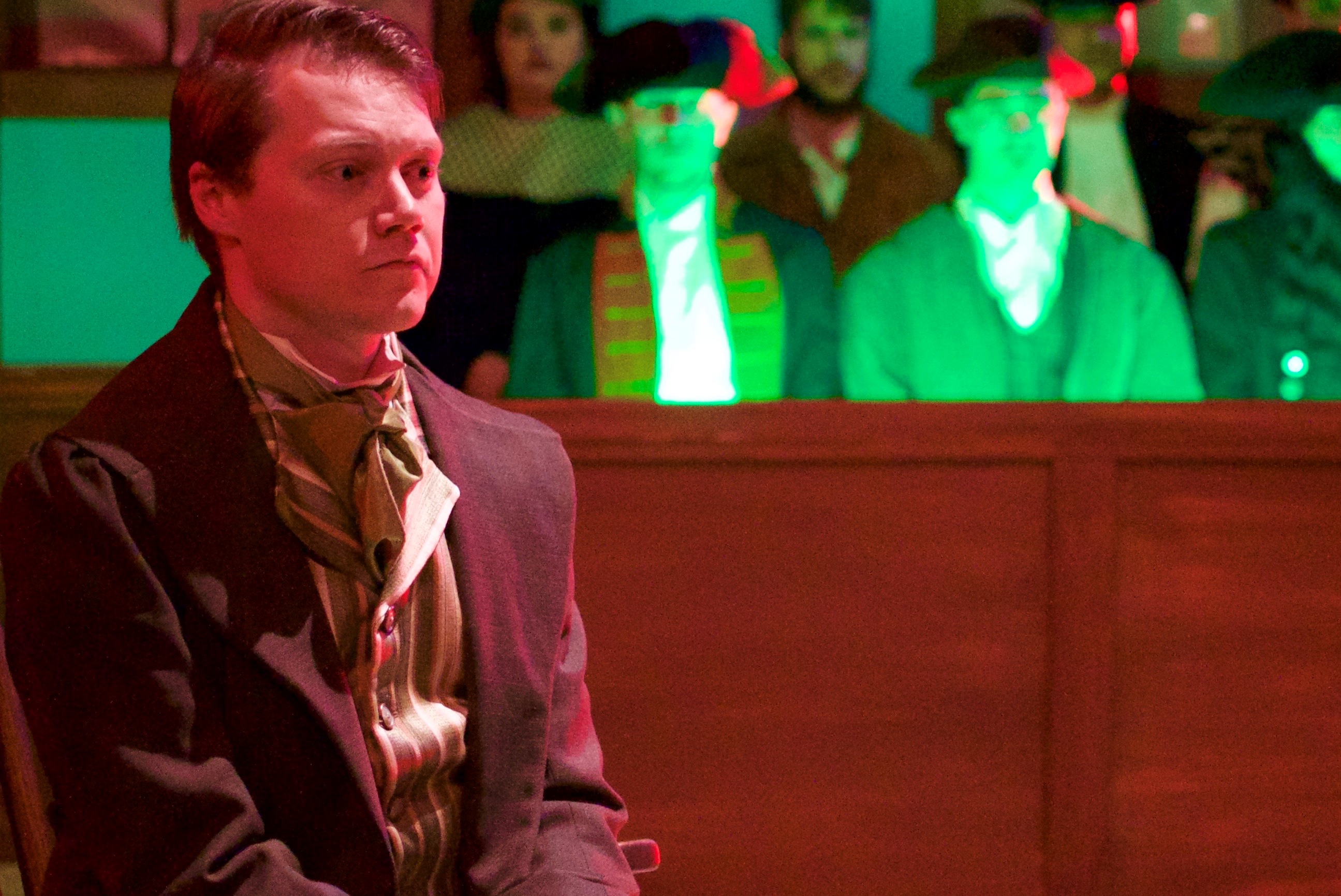 City Lit brings us a delightful pairing of Stephen Vincent Benet’s “The Devil and Daniel Webster” and the Gilbert and Sullivan one-act operetta “Trial By Jury.” Both pieces take place during a trial on a wedding day and their perceived difference in tone seals the deal for a pleasant evening. This carefully concocted conceit is typical of City Lit’s theatrically precocious, academically sound productions.

There is much here to enjoy, the idea itself deserving the highest praise. “The Devil and Daniel Webster” is seldom performed, and the charms of “Trial By Jury” are insufficiently celebrated. Benet’s gift for both prose and poetry make his adaptation an ethereal experience. Even though it is the first piece of their longterm collaboration, the happy amalgamation of Gilbert’s gift of gab and Sullivan’s gift for melody cannot be denied.

Both shows are headed by a leading male role of the character variety and the artists do not disappoint. As Daniel Webster, Bill Chamberlain is a constant joy, hitting the right tone between stony reality and folksy humor. Director Terry McCabe has added a song from the folk opera that classical composer Douglas Moore set to Benet’s text and Chamberlain’s expressive tenor voice renders it beautifully. As the Judge in “Trial By Jury,” local legend Kingsley Day makes a welcome reappearance on the Chicago stage. One of the few who has essayed all the patter-singer roles in the Gilbert and Sullivan canon, he brings his full experience to bear. In this friendly space, his delivery is the stuff to be studied.

As Jabez Stone in “The Devil and Daniel Webster,” Nate Strain gives a soulful portrait of the antihero and, although he is already fair of complexion, manages to turn even whiter at just the right moments of terror. As The Counsel For The Plaintiff in “Trial By Jury,” Ryan Smetana is superb. His attractive voice should stand him in good stead for larger assignments. The ensemble was always bang-on, intoning intently in “The Devil and Daniel Webster” and chirping prettily in “Trial By Jury.”

Here is a singular opportunity to experience McCabe’s cracking concept. To see the work of Chamberlain and Day is a treat. (Aaron Hunt)