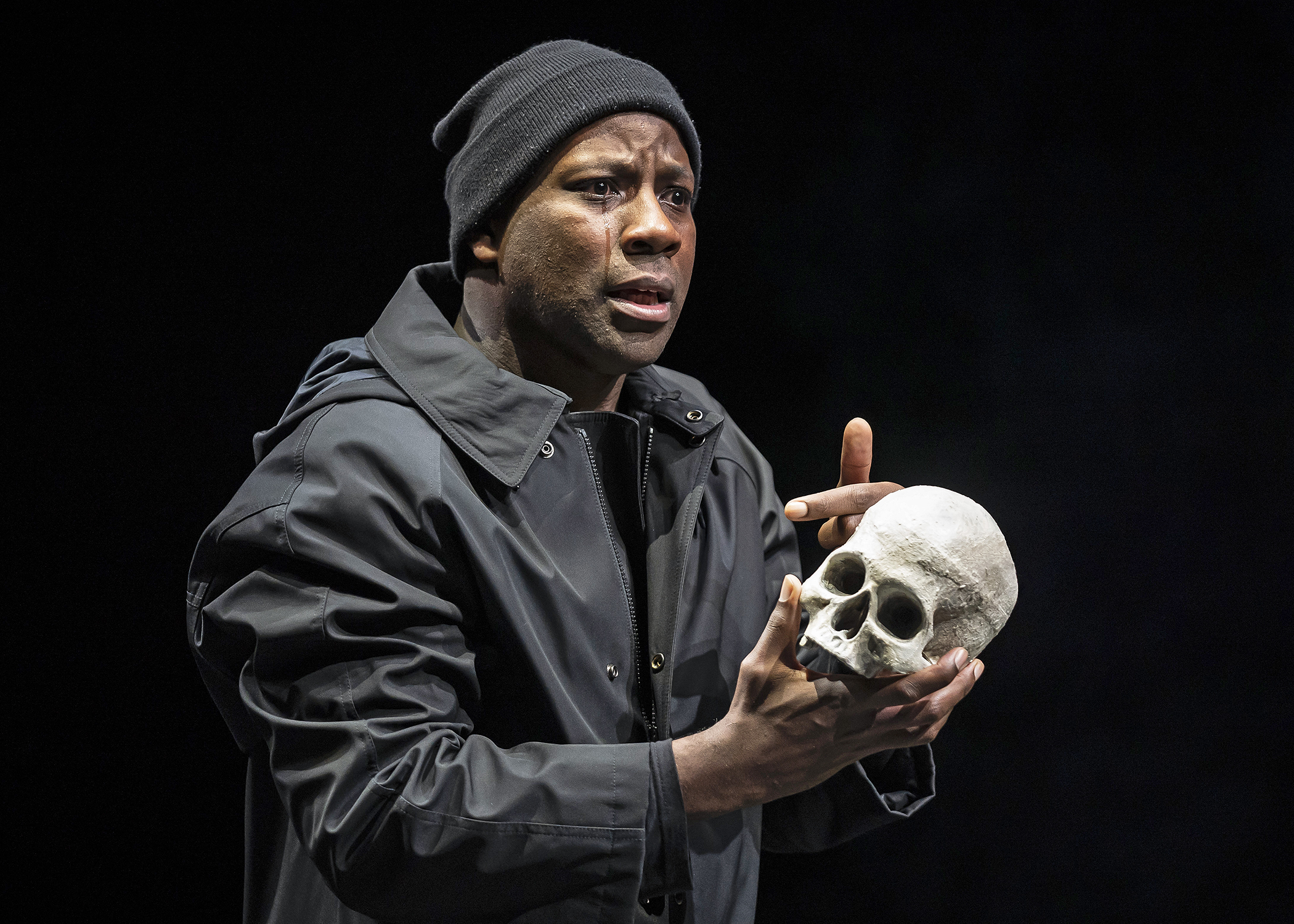 The crowd stood for the clowns at curtain call on opening night of Chicago Shakespeare Theater’s new production of “Hamlet,” Shakespeare’s play of doubt, passion and botched revenge. Directed by CST artistic director Barbara Gaines, the work hits all the loud notes of the tragedy—the agony of a man who sees his father’s place usurped by his uncle, the anger of a brother for the unjust fate of his naïve sister, a son infuriated by the betrayal of his mother—with the expected ostentation. But the quiet moments are where this production’s greatest pleasures are found, none more delightful than when Gravedigger (Mike Nussbaum) and Other Gravedigger (Greg Vinkler) toss up bones as they talk shop, touching on the realities of earth, water, flesh, action, choice, and the ultimate erasure as they clear a space for “one that was a woman… but, rest her soul, she’s dead.” There are no ghosts in their graveyard, and the peace of that firm margin between the living and the dead is welcome pause from a world overheated by the memory and sentiment of unquiet minds.

But “Hamlet” is a ghost story and those who hunger after its retelling will get the thing they wished for, in mostly modern dress with a mostly modern cast, replete with a ghost the size of a suburban house. Hamlet (Maurice Jones) looks only barely younger than his mother (Karen Aldridge as Gertrude) and his uncle (Tim Decker as Claudius), which could have emphasized the more Oedipal aspects of their relationship, but the production doesn’t venture in that direction. In contrast, Larry Yando makes a wonderfully doddering Polonius, whose familiar lines somehow seem fresh. As his hot-headed son Laertes, Paul Deo Jr. is a thrillingly direct foil to Hamlet, whose most assertive action is to draw his own blood when he crushes a wine glass from his mother’s wedding in his fist.

Two things don’t work: the petulance of a sassy Ophelia wrecks the authenticity of her madness. And the intrusion of celestial music during moments such as Hamlet’s act three soliloquy makes an audience feel played upon like the cheap pipe Hamlet rails against the scene after. (Irene Hsiao)