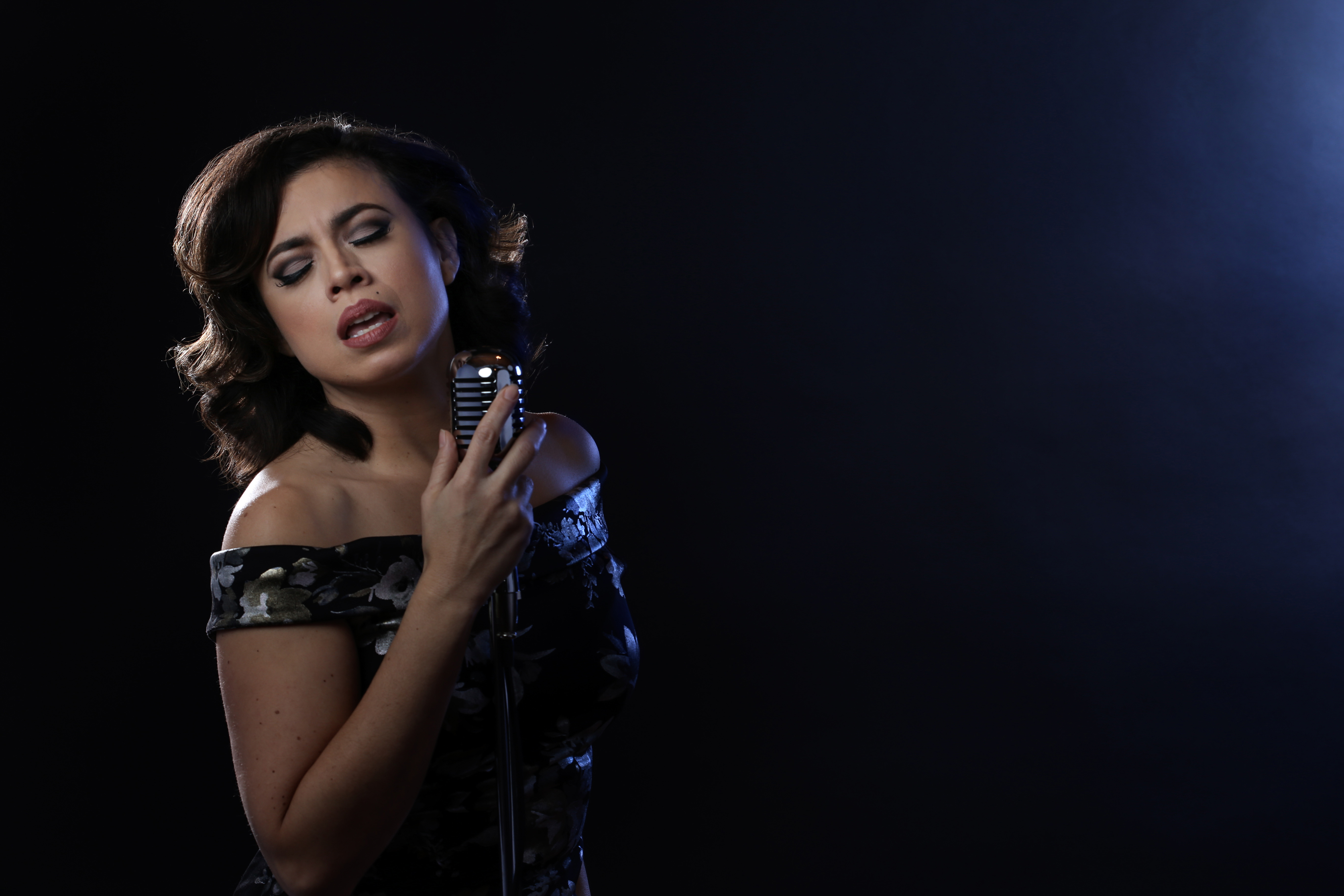 Writer and actor Sandra Delgado, creator of her hit production “La Havana Madrid,” returns this summer in a collaboration between Teatro Vista and Collaboraction/Photo: Joel Maisonet

When it comes to theater, the spring and summer months in Chicago are underrated. The dedicated find ways to creatively fold their theatrical inclinations into warm-weather activities: outdoor performances, site-specific work and so on. Still, for an art form that turns on a semester-like dyad—split between the thrill of the fall and the commitment of the winter—it’s possible to overlook what can, and frequently does, amount to some of the best work of the season, as evidenced by this selection of openings and events. From genre-bending world premieres to adaptations of classic novels, the international connoisseur, humble local, and, most crucially, everyone in between will find something to delight their sun-dappled senses.

So go see a show before hitting that new rooftop bar or between sets at Lolla. It may be the best thing you do all year.

Editor’s note: all events listed are subject to change. Please check each company’s website for details and confirmation.

Killed A Man (Joking)
(First Floor Theater in collaboration with The Sound)
A pitch-black comedy about violence, justice, and what it really means to be a ride-or-die friend.
April 30-May 8

Parched: Stories of Water, Pollution, and Theft
(Free Street Theater)
The youth at Free Street expose injustices while reflecting on the beauty, power, and privilege of water.
May 6-25

The Secret of the Biological Clock
(Eclectic Full Contact Theatre)
Join a former teen detective returning home to deal with questions of family, motherhood, and being a child prodigy at forty.
May 4-June 2

Single Black Female
(Congo Square Theatre Company)
A two-woman show that explores the lives of African American middle-class women as they search for love, clothes and dignity in a world that fails to recognize them amid a parade of stereotypical images.
May 6-19

Killing Game
(A Red Orchid Theatre)
Ionesco’s piercing and frighteningly funny look at how the function of language and the panic surrounding social crisis sends a community into a chaotic state of paranoia, hypocrisy and opportunism.
May 11-June 23

ETHIOPIANAMERICA
(Definition Theatre Company)
In a tense and sharply-drawn family drama, playwright Sam Kebede mines the immigrant experience and asks how far each of us will go to find a place we can call home.
May 14-June 9

Wolves: A Predatory Fairy Tale
(Exit 63 Theatre)
A “deconstruction” of the Little Red Riding Hood story as a darkly comic, predatory fairytale for adults that explores the conflation of sex and fear in modern culture, the comfort of lava lamps, and the dangers of a handy axe.
May 16-June 2

The Adventures of Augie March
(Court Theatre)
Pulitzer Prize-winning playwright David Auburn adapts Saul Bellow’s classic novel on the life and times of perhaps the most memorable of fictional Chicagoans.
May 18-June 9

Mary Shelley’s Frankenstein
(Lookingglass Theatre Company)
Resurrected for the bicentennial of its publication, the Year of “Frankenstein” will be officially retired with an adaptation by “Lookingglass Alice” creator David Catlin.
May 19-August 4

Physical Theater Festival
Acts and artists from around the world and down the street come together for ten days of “theater that moves you.”
May 31-June 9

Fighting Words Festival
(Babes With Blades Theatre Company)
The second iteration of this festival showcases three new works that place women at the center of the story as well as the action.
June 1 & 2

Ms. Blakk for President
(Steppenwolf Theatre Company)
Inspired by the true story of America’s first black drag queen presidential candidate, this new play from Tarell Alvin McCraney and Tina Landau takes us into the heart and mind of one of Chicago’s most radical and influential citizens.
June 3-July 14

Columbinus
(Random Acts Chicago)
This docu-theater masterpiece weaves together excerpts from discussions with parents, survivors and community leaders in Littleton, Colorado, as well as diaries and home video footage to shed light on the dark recesses of American adolescence.
June 5-14

We Are Pussy Riot (or) Everything is P.R.
(Red Tape Theatre)
An anarchic play from Barbara Hammond weaves trial transcripts, letters, interviews, media coverage and statements from celebrities and public officials into the story of anonymous activists and punk-rock icons Pussy Riot.
June 7-July 6

Grace, or the Art of Climbing
(Brown Paper Box Co.)
This Midwest premiere and Kilroys List honorable mention charts the journey of a young woman suspended between love and loss, strength and fear, fathers and daughters, and the ardor and grace of being human.
June 9-July 8

The Ballad of Lefty & Crabbe
(Underscore Theatre Company)
Set at the death of vaudeville and the rise of Hollywood, this new musical tracks the journey of an ultra-sharp but down-on-their-luck comedy duo as they navigate the rapidly changing world of entertainment.
June 11-July 14

Ada and the Engine
(The Artistic Home)
A music-laced story of love, friendship, and the edgiest dreams of the future. Jane Austen meets Steve Jobs in this poignant pre-tech romance heralding the computer age.
June 23-August 4

Head Over Heels
(Kokandy Productions)
From the visionaries that rocked Broadway with “Hedwig and the Angry Inch,” “Avenue Q” and “Spring Awakening,” this laugh-out-loud love story is set to the music of iconic eighties all-female rock band The Go-Go’s.
July 6-August 25

Staging the Stans Festival
(Silk Road Rising)
A festival of staged readings by playwrights from the “Stans”: the nation-states, and former Soviet Republics, of Kazakhstan and Uzbekistan, and the Autonomous Republic of Tartarstan in Russia.
July 12-15

Strange Hearts Beating
(Cloudgate Theatre)
A darkly fantastical look at the rural Midwest, the murky nature of justice, and the prejudices that lie just beneath the surface.
July 13-28

Wolf Play
(The Gift Theatre)
Hansol Jung’s messy, funny and disturbing theatrical experience grapples with a wolf, a puppet and a very prickly problem of what a family is.
July 15-August 18

Pomona
(Steep Theatre)
Part thriller, part fantastical puzzle, Alistair McDowall’s play twists and turns its way into the dark heart of a world built on pain and suffering to ask the question: Is it even possible to be good anymore?
July 18-August 24

Kiss
(Haven Theatre)
Monty Cole directs and performs in a bold theatrical experience that asks, “If art is a tool for empathy, what are the limits?”
July 23-August 11

Ignition Festival
(Victory Gardens Theater)
A national annual festival devoted to fostering a community of support for the development of outstanding new plays while nurturing relationships with emerging and established playwrights.
August 2-4

Into the Woods
(Writers Theatre)
With its celebrated score, stirring script and an extraordinary team of artists bringing it all to life, Sondheim’s musical launches Writers Theatre’s 2019-20 season.
August 21-September 22