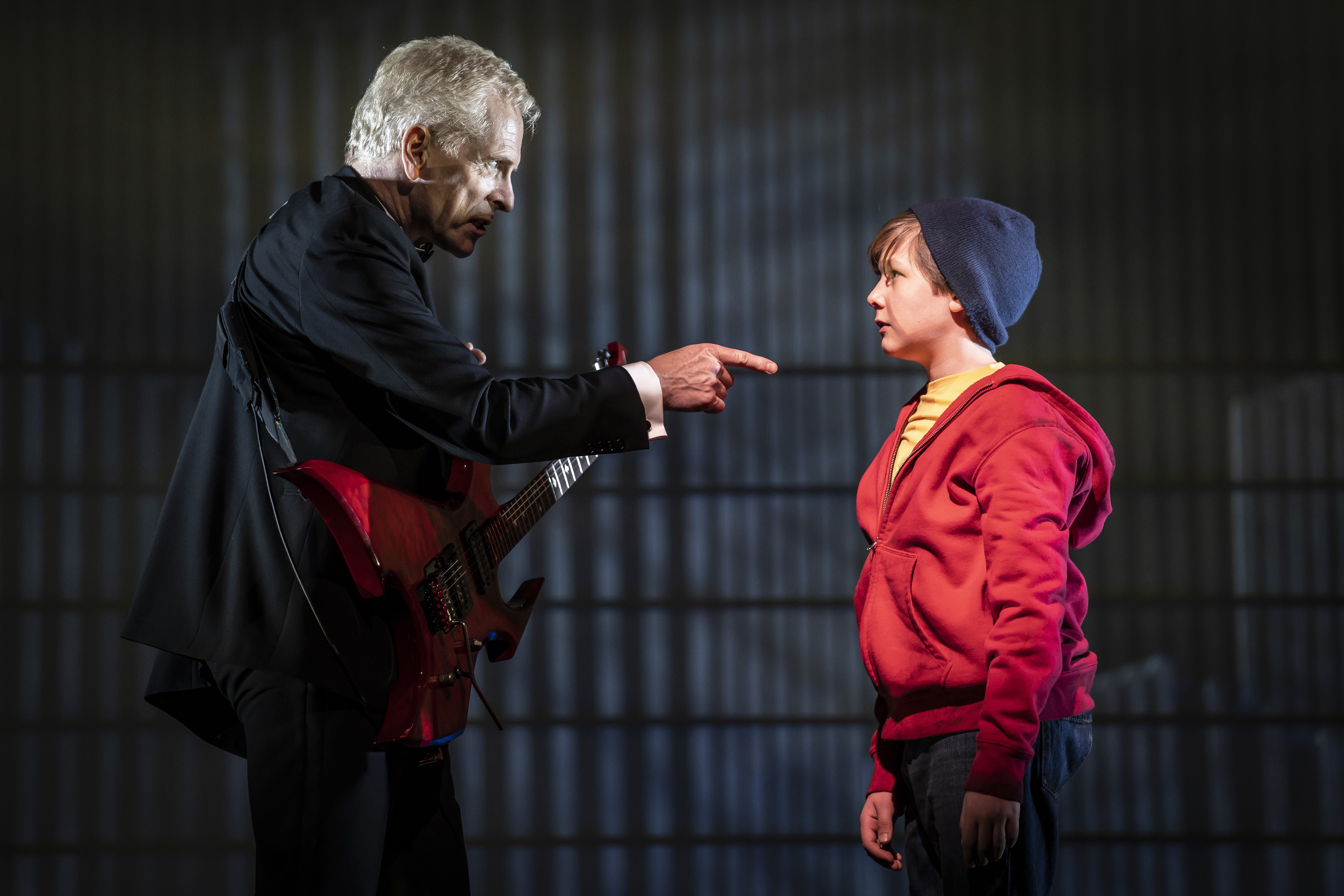 Musically transcendent yet too abstract for its own good, “August Rush: The Musical,” the theatrical adaptation of the 2007 film of the same name, now making its world premiere at the Paramount Theatre in Aurora, is just as lost as the titular character in the show’s beginning moments. Evan Taylor (played by Jack McCarthy on opening night), soon to don his eponymous moniker, jumps from foster home to foster home, trying to find a way back to his real parents from whom he was separated at birth, confident that all he has to do is “follow the music” and he’ll reach them in no time. For us in the audience, following the music is the only surefire way to find joy and beauty in this otherwise jumbled piece of musical theater.

It’s certainly not for fault of the daring and illustrious creative team at the helm: the book and lyrics are by Glen Berger (his memoir, “Song of Spider-Man: The Inside Story of the Most Controversial Musical in Broadway History,” is a must-read for any aspiring musical theater creative), with music and lyrics by Mark Mancina (composer and arranger behind such hits as Disney’s “Tarzan” and “Moana”), and the production as a whole is under the tutelage of director John Doyle, known for his focused and minimal musical staging.

(An all-male writing-directing team for a Broadway-bound musical? What will they think of next!)

But Doyle’s approach to compact storytelling has led to a significant quandary facing “August Rush: The Musical” in the early stages of its life. The piece, as it exists, seems trapped between two musicals: a more traditional story with a straightforward narrative and rich character development, and an allegorical, abstract fable that exists outside of the real world and sensical narrative progression. When the first musical seems to falter, it falls upon the second to magically vanish away any lingering plot questions we might have. It gets frustrating and bewildering far too often throughout the show’s under-ninety-minute runtime.

Scenes with August’s parents, Lewis (the funny and charming-as-all-heck George Abud) and Lyla (Sydney Shepherd, deeply heartfelt), sit in a firmer reality and thus provide the more emotionally satisfying moments in the show. Their first scene, including a flirtatious pas de deux magnificently choreographed by Joann M. Hunter, stands far and away as the musical’s most satisfying sequence. Unfortunately, the scenes involving the antagonist of the piece, the bogarting Wizard (John Hickok, making the most of a puzzling role), straddle the line between reality and abstraction. And a whole separate 500-word review would need to be written to dissect the “character” of Hope (beautifully performed by Leenya Rideout), whose mythic purpose in the show feels eerily similar to that of Arachne’s in Berger’s previous musical outing, “Spider-Man: Turn Off the Dark.”

Terrible puns aside, the ending of “August Rush: The Musical” feels, well, terribly rushed. A scene where Lewis happens upon his son is far too brief to provide any emotional heft. The final reconciliatory moments of the show happen so quickly, via a wordless coda, that I honestly thought I had zoned out and missed a key plot point.

But structural mess aside, there is absolutely no denying that the music in this show is some of the most beautiful you’ll hear in a theater anytime soon. Mancina’s soaring melodies and Dave Metzger’s intricate arrangements, performed by a fantastically game ensemble of actor-musicians, make for a symphonic, engaging experience throughout what is otherwise a bewildering production.

As it stands, the disparate elements of “August Rush: The Musical” aren’t working together to create a cohesive vision, in either design (Ann Hould-Ward’s concert-hall costume design and Scott Pask’s all-white scenic design make it increasingly difficult to establish any sense of place) or storytelling (the less said about, as I’m calling them, Wizard’s Magic Death Headphones, the better). When “August Rush: The Musical” soars, it takes you to the moon and back. But when it falters, you can feel your heart about to break in the worst way. The notes are all there somewhere. I hope that this team will take another shot at finding their way back to a coherent melody. (Ben Kaye)