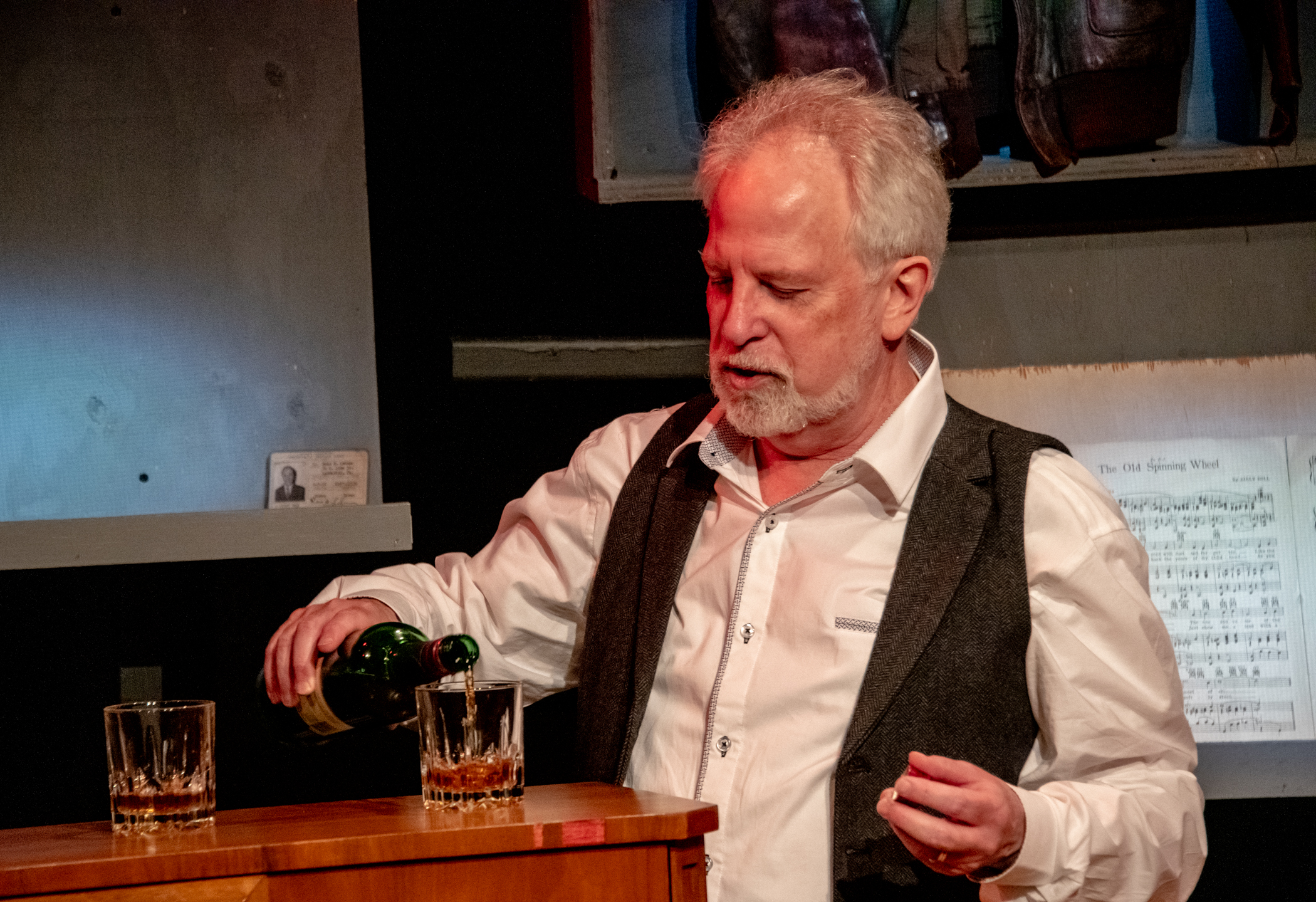 At its big, warm heart, “Sentimental Journey”—a one-man musical memoir penned and performed by veteran Chicago actor Ross Lehman—is a simple romance, charting his parents’ World War II-era courtship. And one would have to have a heart of flint not to fall for this stripped-down cabaret show, based on their writings and interspersed with period songs, the way Ross, Sr. fell for Katey, the curly haired Irish beauty he met as a student at Penn State University.

As it’s the couple’s son telling their story, it’s not giving away anything to note that the love affair ends happily, with marriage and domestic harmony, generously lubricated mid-century style with cigarettes and highballs. However, before the couple settles in to their comfy, middle-class existence in State College, Pennsylvania, they have their moment of truth, testing both of them. And it’s the skill with which Lehman and director Mark Lococo handle that painful part of the tale that makes this show not just a nostalgic tribute to the Greatest Generation but rather a sharply drawn portrait of two very real and distinct human beings, whom one cannot help but like and admire.

Sharing the minimally decorated stage with accompanist Chuck Larkin and the sepia-toned slide projections of Liviu Pasare, Lehman presents Ross and Katey largely in their own words, reciting passages from the kind of long and thoughtful letters that don’t get written anymore. Luckily for both Lehman and us, both his parents are gifted correspondents and raconteurs, emotionally open and brimming with anecdotes. A humorous high point of the evening is his portrayal of his mother, an aspiring nightclub chanteuse who tries to silence a chatty audience by singing the ancient murder ballad “Lord Randall” in not one but two Scottish-accented voices, both silly. His father comes off as equally affectionate but more introverted, a natural poet too sensible to adopt a self-dramatizing poetic persona.

The world interrupts but also speeds up Ross’ romance with Katey, the pretty coed swarming with admirers who only gradually warms up to her short-statured suitor. Drafted into the army air force, Ross finally proposes—successfully—to Katey before heading off to Europe as a bombardier on a B-17 Flying Fortress. To fly daylight bombing runs through German air defenses was to duel on a daily basis with the law of averages, and eventually the averages won. Ross does return but not in one piece and not certain that he’s still wanted.

Lehman, a consummate pro, performs this labor of love with a light touch seasoned with a hint of schmaltz. Built more like a banker than a dancer, Lehman compensates with an elfin grace and a winning lack of self-consciousness, and his terpsichorean tangents work like crazy. As does the medley of wartime songs, ranging from “Shine On, Harvest Moon” to “I Wonder Who’s Kissing Her Now” to the title tune. Lehman observes that the old songs would bring his aging parents to life; here, they serve to bring the period to life, with its moods and social mores.

There are glimpses now and again of a darker side to life with mom and dad—her drinking, his silences—but the tone overall is unapologetically loving and celebratory. Ross and Katey had the virtues of their Depression-toughened generation: an ability to roll with the punches, to moderate their desires, to form enduring bonds, to enjoy simple pleasures. Among their many letters and other writings (including the column they co-wrote for many years for the State College newspaper), there’s nary a word of complaint or the tiniest wallow in self-pity. As the Johnny Mercer-Harold Arlen song of the period advised, these two learned to accentuate the positive, eliminate the negative, and it made them not shallow but wise and accepting and resilient. While this show is clearly aimed at an older demographic, it will appeal to people of all ages interested in the still-relevant question of how to live life with poise, class and style. (Hugh Iglarsh)