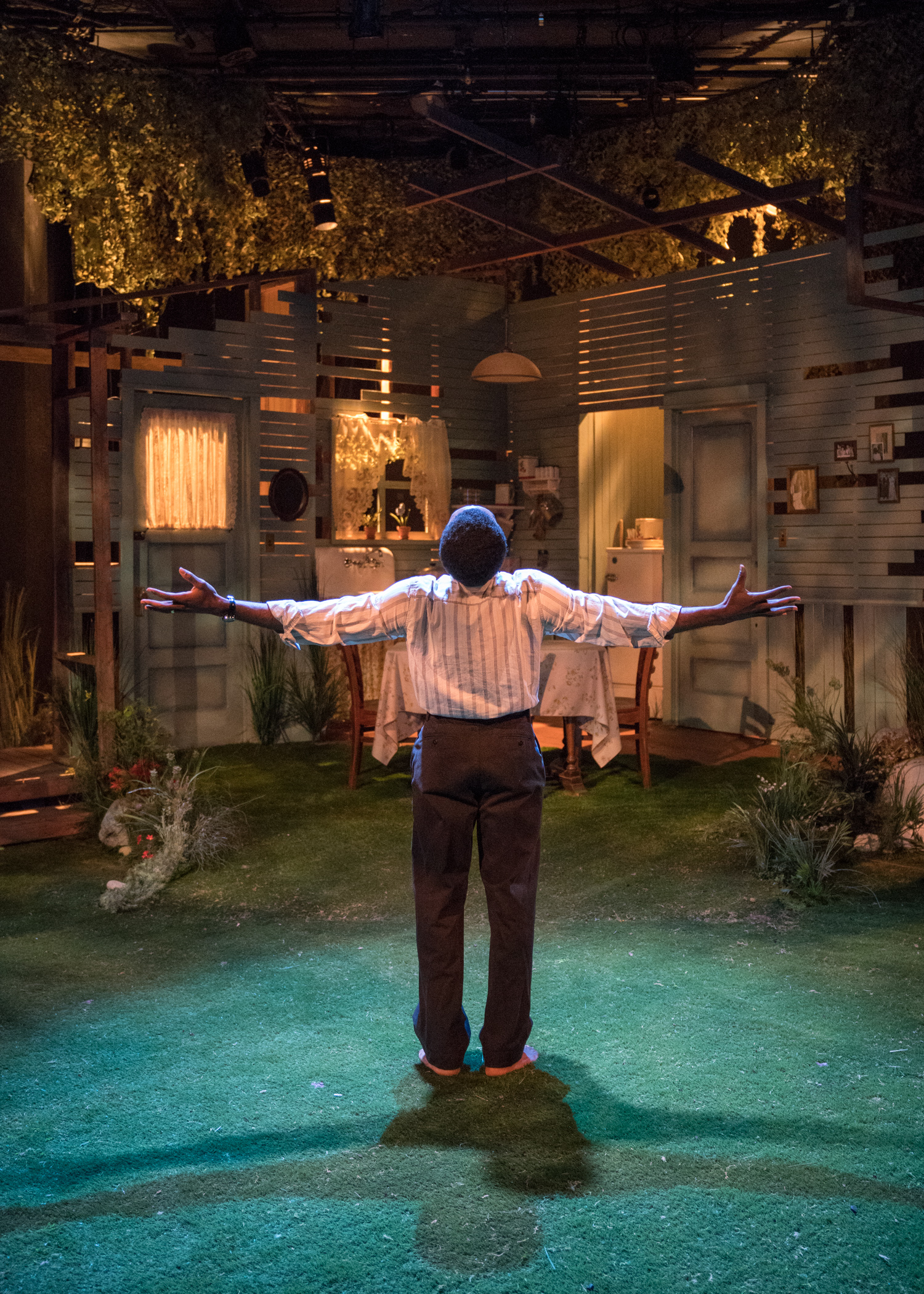 To begin: a confession, an opinion, and an anecdote.

Within this game, I find both a reprieve from and a distillation of the drama that the written word aspires to. While the latest turn of the knife in “Game of Thrones” is undeniably compelling, the true unpredictability of a live event, especially a competition, is literally irreplicable. It can also be highly emotional for athletes and spectators alike. Aside from the beer-soaked chants and, yes, the inexcusable racist invective, professional sports create spaces where adults are allowed to cry. I, for one, am moved less by victory or defeat than by injury. The wincing pain, the clutching of shoulders, the barely concealed agony, the tender manner of the trainers and physicians, the gracious lift off the court by teammates. It all serves as an emotional exhalation, a sometimes-devastating reminder of the real stakes of the game, which are not just financial but existential. Many of these players—upwards of seventy-five-percent of whom are black, although currently less than a quarter of all NBA head coaches are black (and none of them are women), which, as a percentage, still outstrips their representation in front offices and ownership positions—have faced incredible odds to get to where they are and, more to the point, have been, since the first time they stepped foot on a court, one catastrophic (and not uncommon) moment away from losing everything.

Now, there is the pain of men generally and there is the pain of black men, specifically. And then there is the pain of black women. Oppression is not an Olympic event, at least in the sense that the majority of the world doesn’t seem to care about it, not even once every four years. Failing to recognize, blatantly ignoring or flat out denying the existence of the tiers of subjugation, made up of compounded marginalized identities, is as much an American pastime as sports themselves. “Too Heavy For Your Pocket,” a soul-enriching new work from playwright Jiréh Breon Holder in its local premiere at TimeLine Theatre, has nothing to do with sport but everything to do with injury, insult and injustice as well as pain, pressure and perseverance. Featuring four young actors in level-up mode, a director at the height of his creative powers (the inimitable Ron OJ Parson) and a text written in scorched earth, neither this play nor its production are “too” heavy. They are, as Kiese Laymon writes, “just heavy enough.”

At two-and-a-half hours, one of the objectives of “Too Heavy”—a play set at a turning point in the Civil Rights Movement, as buses of protesters, known as Freedom Riders, travelled through the segregated south at the risk of limb and life—is to mark the minor moments and daily dramas of this already underrepresented moment in history. Where Hollywood concerns itself with shiny tiles in its limited depictions of this period, “Too Heavy” is more like the caulk between: adherent, durable and foundational. Which isn’t to say this production doesn’t shine diamond bright. It’s just that the plot doesn’t hinge on “big” moments, the way the cinematic arts tend to. It’s a brilliant narrative approach, concentrating time and energy on impact over action.

For instance: we don’t actually witness the moment Bowzie (Jalen Gilbert) decides to abandon his pursuit of an education and take up with the Freedom Riders. And while he describes his reasoning to his wife Evelyn (Ayanna Bria Bakari) and his friends, the couple Sally-Mae (Jennifer Latimore) and Tony (Cage Sebastian Pierre), his motivations are complex and evolving, opaque to himself and to us. And while this may sound like a hindrance, Holder’s ability to hold his audience in uncertainty is actually a major strength of this play, driven by patient and committed scene work, perhaps the best of which is between Bakari and Latimore, both of whom could teach clinics on the art of the incredulous eyebrow. While their respective husbands attempt to determine how best to be men in a world terrified of black masculinity to the point of violent retribution, the indignities suffered by Evelyn and Sally-Mae are distinctly acute, no less so for their status as second-class citizens in a movement meant to uplift them.

While parts of the play pivot on love, lust and loneliness, it all feels so much deeper. This is a work that moves the needle forward on what the theater is capable of, with a commendable expenditure of talent and effort on the part of everyone involved in this production. Though I will make an effort in terms of quantity, there is no quality of language I can find to effectively express my gratitude to this show. It is, in summary, a blessing.

What helps a great deal in engendering understanding and empathy, as this play effectively does, is knowledge. Among the excellent behind-the-scenes artists and technicians employed on this production, who create a consummate atmosphere, dramaturgs Regina Victor and Yasmin Zacaria Mikhaiel must be celebrated as champions of their work, in every sense of the phrase. At the crossroads of education and entertainment, these productions at TimeLine are simply not possible without the dedication of dramaturgs such as these two. Their work in the program and lobby display (designed by Dina Spoerl) deserves an ovation or, at the very least, its own separate visit.

To return to the subject of men in pain, particularly black men in pain, there is a scene toward the end of the play between Bowzie and Tony that captures a depth of tenderness all too rare in even the most honest and fraught visions of masculinity. Calling his wife from prison, Bowzie is taken aback when his friend answers the phone, immediately launching an anxious offensive fueled by the paranoia-inducing physical and psychological torture he has undergone at the hands of the state. At one point he screams, “Do you need me to spell it out for you!” alluding painfully to his friend’s illiteracy. There is a brief pause, in which we might reasonably expect the verbal violence to escalate. Instead, Tony offers himself as punching bag to Bowzie’s despair, gritting his teeth in obligation to a need beyond his own. It felt like watching a flower open up to a hostile morning rain, anguished and effervescent, absorbing what the sky needed to let go.

“Too Heavy” is a play about mutual respect and maturity, especially noteworthy given the ages of these characters as well as the actors playing them and the pervasive cultural stereotypes around youthful indiscretion and entitlement, especially as it concerns black Americans. No one here is without sin or fault. And that is precisely what makes them compelling. When Evelyn expresses the desire for a relationship like that of “Martin and Coretta,” it stings for the retrospective awareness of Martin Luther King Jr.’s infidelities. But just as personal sacrifice shouldn’t be offered as justification for betrayal, being unfaithful shouldn’t expunge civic accomplishment. Yet, the fact that both these rationalities are and have been deployed on behalf of our leaders (our male leaders, that is; folks of gender identities outside this category seeking higher visibility know a long history of being challenged and attacked with all the gusto of a prizefighter) speaks to a desire for depictions of the so-called best among us to be both saccharine and scot-free, beyond reproach and yet constantly under scrutiny, in order to systematically deny them their right to human fallibility. The puritanical roots of our country run deep, often twining themselves most thoroughly around those who have been oppressed the longest. It is perhaps our most sacred tradition.

All of this deserves further consideration and patience. But let’s conclude, as this play does, with time, space and breath. And perhaps a silent prayer. For dignity. Equality. A shameful past and the exquisite bravery of imperfect people. A present that carries all of that weight. And a future that is spiritually, and not dermatologically, lighter. (Kevin Greene)