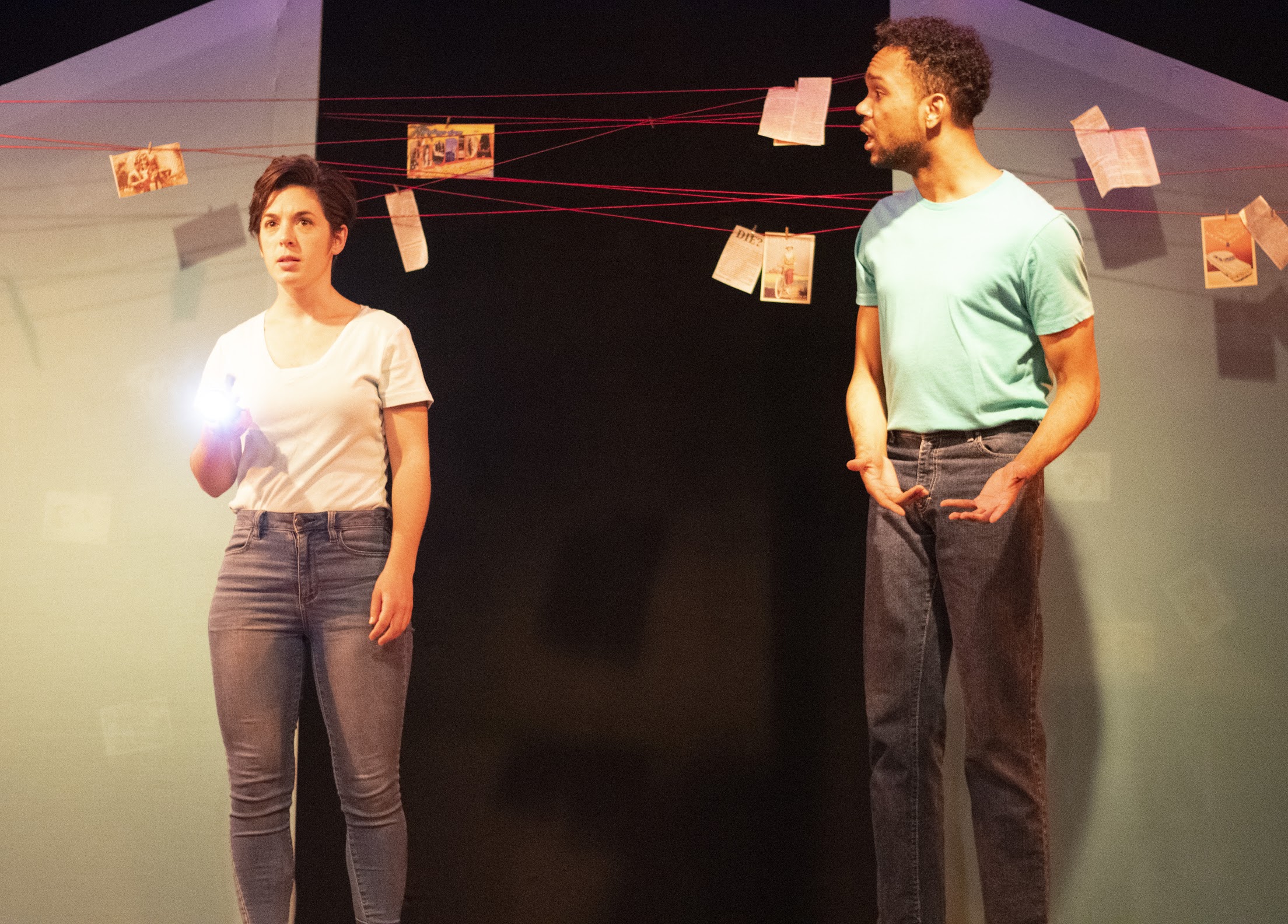 There are several potentially fruitful directions for a play about a generic grown-up teen detective to take: camp, fan fic, thriller, character study. That playwright Andie Arthur has opted for “after school special” speaks to the triviality of “The Secret of the Biological Clock,” a vapid play for stupid audiences that risks nothing and achieves nothing in 105 minutes of meandering.

Teen sleuth Ellie Dawson (Elise Soeder) solves crime with her bff Robert Wilder (Lance Spencer). Highlights include the one time they detonated a bomb. Lowlights: one of the twenty-eight times Ellie has gotten herself chloroformed. Ellie has a crush on Robert, but Robert is obsessed with a conspiracy theory (ahem, a “case”) about the pharmaceutical company that is poisoning his cancer-stricken mother. Yes, only his mother. And Ellie can’t possibly understand because her own mother died when she was a toddler. While in hot pursuit of Big Pharma (represented in this production by a plastic fence), Robert disappears and is presumed dead. Since she has no imagination or ambition, grown-up Eleanor (Kelly Levander) marries his younger brother Peter (Mark Tacderas) instead. No one suggests she’s trying to compensate for anything.

Now she’s moved back into her childhood home like the has-been she is, and Jasmine (Aziza Macklin), a girl claiming to be Robert’s daughter, despite the openly acknowledged impossibility of getting the math to work out, turns up just as she and Peter, who has no self-respect, are halfheartedly discussing whether Eleanor, at thirty-seven, would like to produce offspring from her rapidly withering ovaries. Believe it or not, this paragraph doesn’t contain any spoilers, because the mystery involves interpreting a trail of postcards (“clues,” Jasmine helpfully tells any audience members anxious for a plot) that are left like so many soggy cornflakes scattered across a set largely consisting of cardboard boxes.

No intermission is offered, lest the audience take the opportunity to vanish during the pause. The actors, under the direction of Katherine Seigel, should be commended for their stoic commitment to mouthing platitudes about home, belonging, family, and how they’ll “always have each other” without retching. (Irene Hsiao)