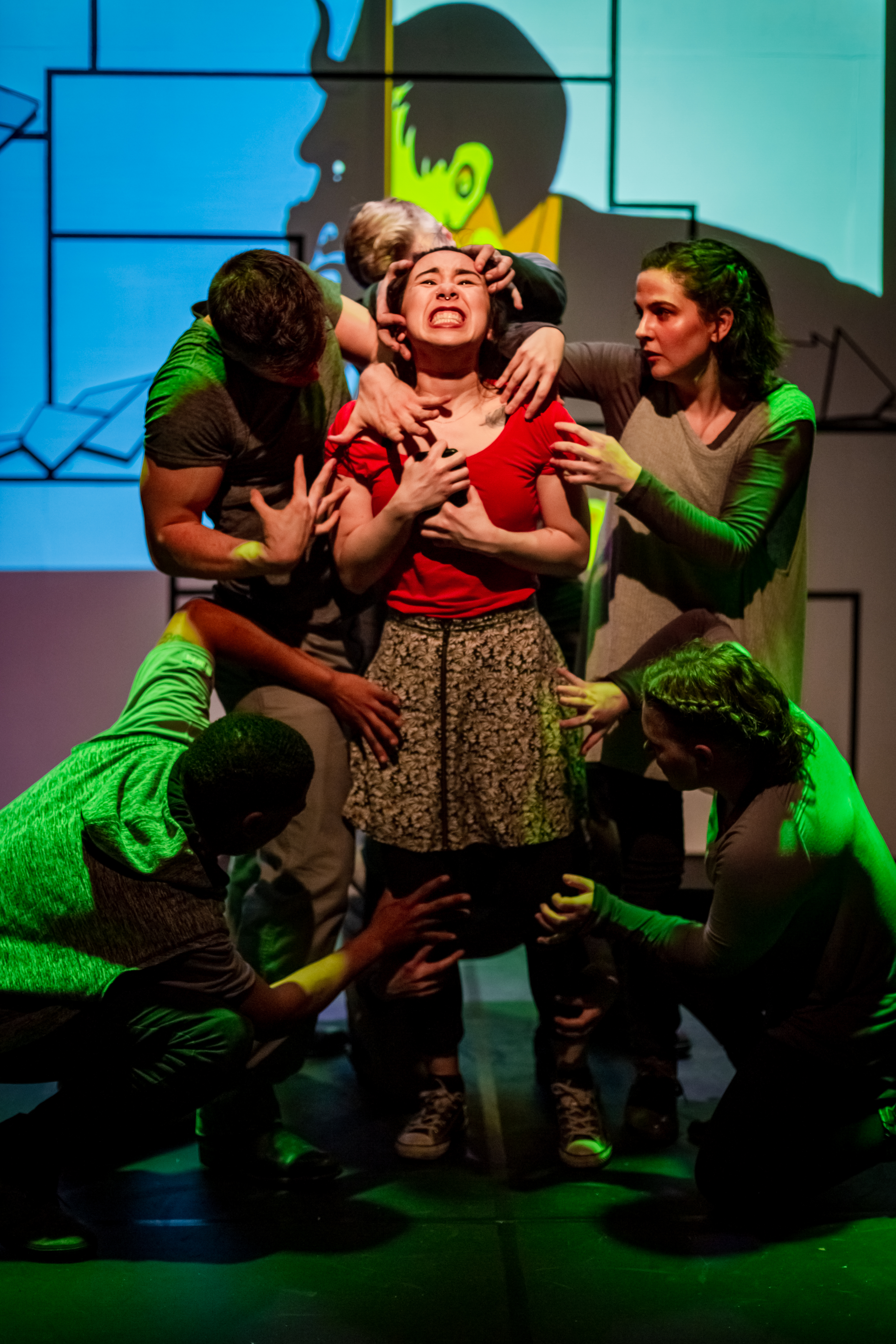 Gamergate. We don’t talk about it. Five years later and it’s all but a footnote in present-day culture wars and social justice movements. What started out as blog posts about diversity in gaming exploded into a vicious war where male gamers twisted the internet to destroy women’s lives and careers.

This is the central subject matter of Walt McGough’s “Non-Player Character” directed by Beth Wolf. The plot is, essentially, lifted from the real-life events and the characters are, essentially, the subjects’ political identities with some details tacked on. Katja (Alice Wu) is a Normal Woman who wants to design games. Trent (Matthew Schnitker) is a Nice Guy who betrays her the second he’s rejected. Games vs. real life. Woman vs. man. Even the set, with two game nooks on either side of the stage, is presented as dichotomous.

When we’re focusing on Katja and Trent’s friendship, this bifurcation seems primed to create moral ambiguity as Trent is torn between his social circle and the friendship. In this first half, lightness abounds. Giant pumpkin monsters and zucchini minions? Absolutely. Katja and Trent’s in-game avatars, performed by Tracey Green and Michael Saubert, bob back and forth like fighting characters. These little details, next to Wu and Schnitker’s gentle performances, bring the first half of a thin script to a sweet, genuine place.

But when the midpoint hits, the reality of the friendship usurp our perceptions of the friendship. It’s an affecting culmination of what toxic masculinity can look like and how damaging it can be to women at its mercy. Politically, it’s spot on. But after Trent becomes the villain, we’re left watching the infuriating storm of Katja trying to recover her life. Though we’re drawn into the alienation she experiences, there’s nothing revelatory about this.

Within the context of a theater, we’re relieved of tension. The story has resolved and we’re in a state of moral absolutes. The relentless gravity of a woman suffering with no end in sight and each new step of frustratingly circular logic is familiar. McGough’s script is ultimately a presentation of the events of Gamergate without elaborating or examining the events that happened. As a primer to toxic masculinity, it’s successful, but at a cost: the thematic concepts of the show never get examined and certainly not questioned.

This is a problem that has been nudging me about Chicago theater for a little while and I think it becomes extremely clear within the context of “Non-Player Character.” Who, exactly, is this show for? This isn’t so much an indictment of this specific show, but a question for social justice-minded theater makers: What are you making? What are you communicating? Who is it for?

“Non-Player Character” is a charming show that stumbles when you look past the material and into more substantial questions about purpose. (Jay Van Ort)