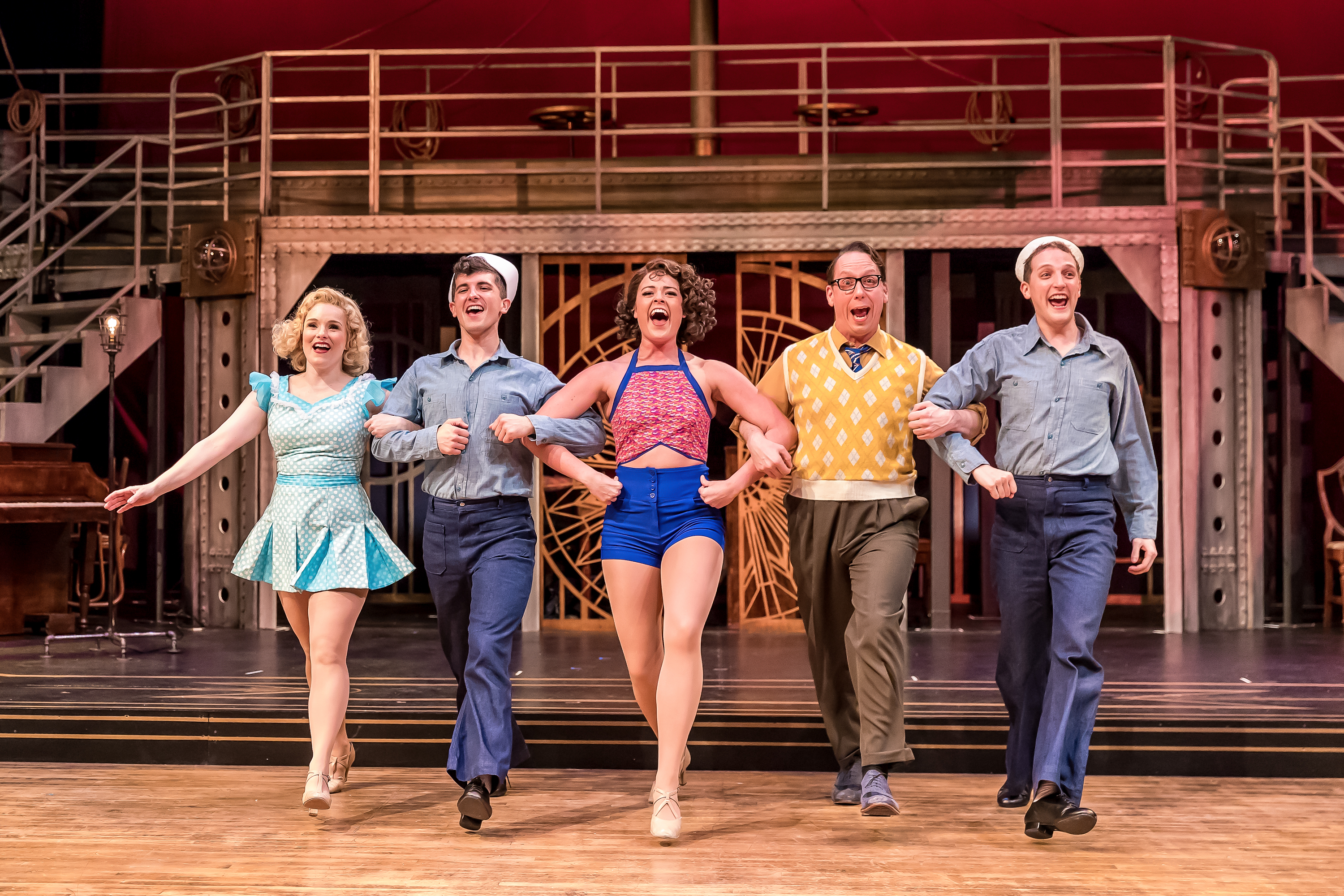 Surely a balm to the emotionally jangled theatergoer during the unending Vietnam War, “Dames at Sea” began its long journey to Broadway in 1966. It played Off-Off Broadway, then climbed that rope ladder to Off-Broadway in 1968, picking up Bernadette Peters along the way (who won a Drama Desk Award for her portrayal of Ruby and who then went in and out of the show in its incarnations), sailed to the West End, and graced the stage of the Academy Playhouse in Lake Forest, Illinois. It was the unsinkable little ship, sending up the big Hollywood Busby Berkeley musicals with only six singer-dancers, two pianists and a drummer. When it finally docked at Broadway in 2015, buoyed by extra chorines and an orchestra, it received a Tony Award nomination for Best Choreography.

Director Linda Fortunato’s cast is shipshape, playing parodies of stock characters with undertones of real heart. As just-got-off-the-bus Ruby, who ends up stepping in for the star to save the show at the last minute, Kelly Felthous coos, chirps and dances with just the right clarity. As the man-hungry, temperamental star Mona Kent, Colette Todd fills the theater with her clarion voice and unabashed zaniness. As the wise and wise-cracking chorus girl Joan, Sierra Schnack belts and taps with the best of ‘em and lands every zinger.

The boys in the cast are just as terrific. Homegrown Hoosier Todd Aulwurm delights as Dick (yes, those jokes are in there), the sailor who falls instantly for Ruby then falls prey to Mona. Sam Shankman charms Joan and the audience with his flexible voice and flying feet. In the dual roles of producer-director Hennesey and the Captain of the ship where the show opens after the theater is leveled, Steven Strafford reminds us of his chameleon-like ability to switch characters in an instant and his voluptuous, legit vocal chops.

As our country once more erupts in vociferous, political disagreement, “Dames At Sea” invites us to board and be whisked away again. Theatre at the Center chose to mount the original, small-cast, Off-Broadway version of the show, which gives the audience the face time to fall in love with all six performers. Get yourself to Munster and let these kids tap your troubles away. (Aaron Hunt)