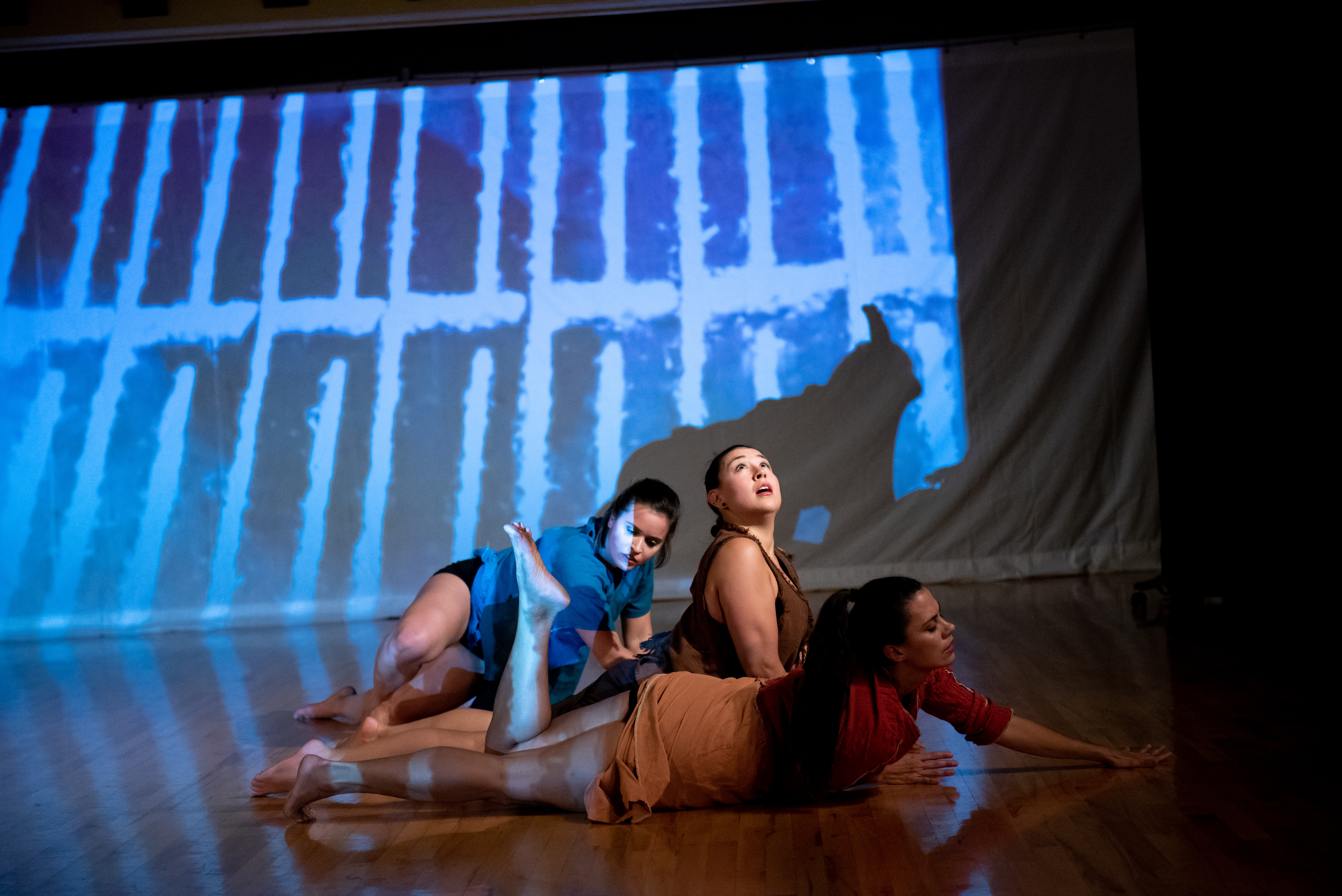 As a working artist matures, their creative influence amplifies exponentially, not only in the work they directly produce, but in the lives and the work produced by all those they’ve influenced. Here in Chicago, the epitome of influence in modern dance is Shirley Mordine, founder of the Dance Center of Columbia College and of her eponymous company which turns fifty this year and celebrates with a showcase May 17 and 18 at Links Hall. The program features three representative pieces of repertory by Mordine from over the decades—”Collisions I” (2017), “I haven’t heard from you…” (2003), and a re-imagining of “Three Women” (1974)—as well as three new works by company members who were mentored by Mordine. I caught up with Mordine and dancers Timothy Tsang and Melissa Pilarella after rehearsal to talk about the program.

What did you have in mind as you put together a program for a fifty-year anniversary?

Mordine: “Three Women” was one of the oldest pieces we have that still has dancers around who were in it. The other two are some of the most successful pieces we’ve had in some time.

Pilarella: What’s really interesting about these works, and I think Shirley’s work in particular, is that it’s an old repertory piece but it has such relevance today. And the same thing exists in “I haven’t heard from you…” That piece was created…

Tsang: …in response to the initial threat of the war in Iraq. We were trying to make sense of why this is happening.

Pilarella: It’s cool to see the progression of work and the legacy of work—who the original dancers were and who they are today. There are few dancers in Chicago who don’t have connection to Shirley in some way.

Tsang: We are both, like, third generation. I went to Columbia and a lot of my teachers were Shirley’s students.

Pilarella: When we talked about what we wanted to build in this program—how do we celebrate a lifetime of work—Shirley didn’t want it to be just repertory, she wanted it to be inclusive of her as a mentor, a teacher as that’s been such a large part of her career in the dance community. It was fun getting together with old company members and getting their take on what pieces they really remember, what they would be excited about. We had a huge list of things to find in DVDs and decide what to include. 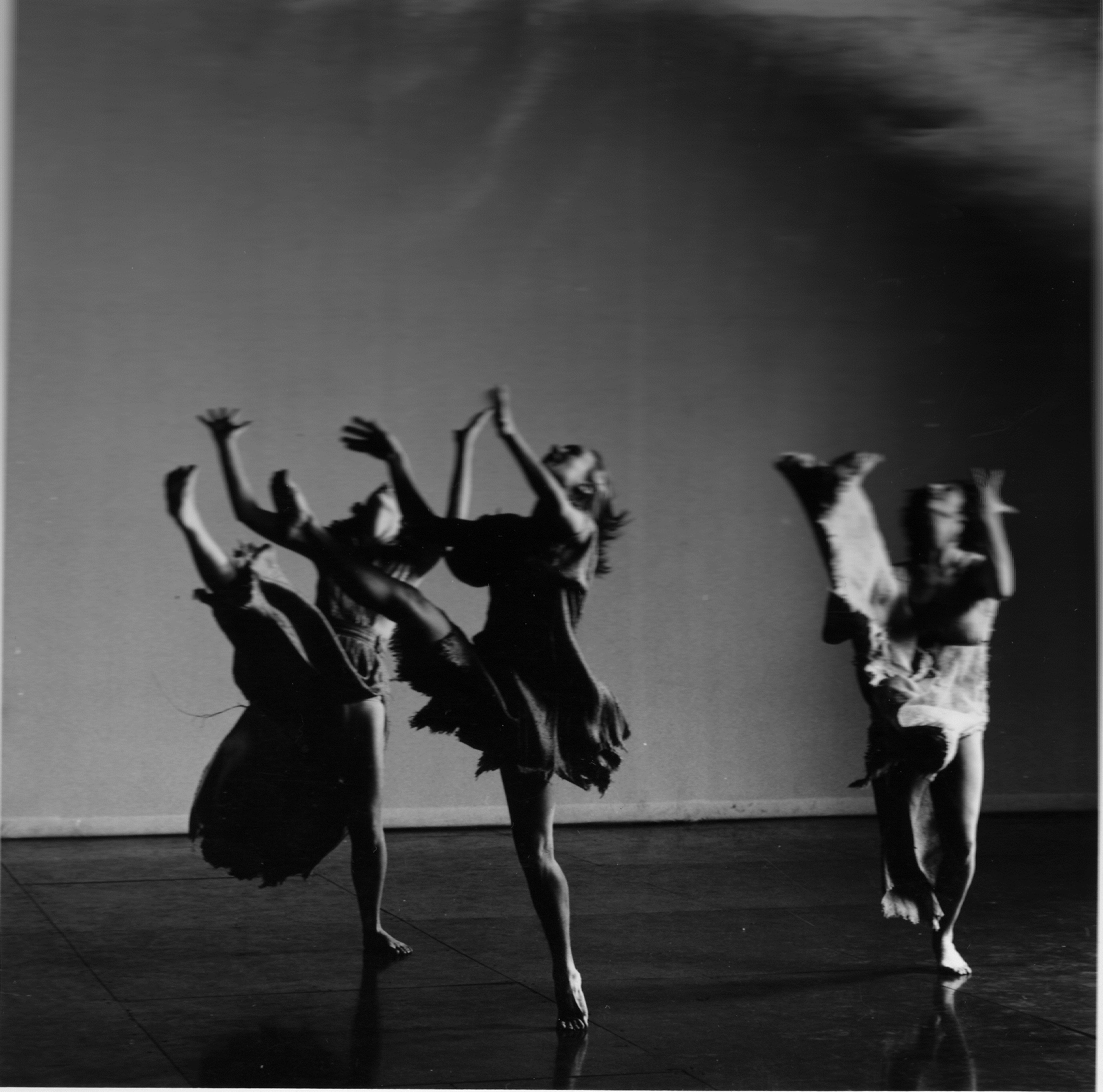 The original cast of “Three Women” in 1975/ Photo: Charles Osgood

Speaking of which, tell me a little about the reworking of “Three Women.”

Mordine: We have really accurate tapes, so we could kinetically rework it. When I created it, I was reading a lot of literature by women out of the South. It was just painstaking to read about their lives. I was at Columbia College as the chair and was the only woman there for several years. One day I walked to the financial office where I presented my budget for the year and said, “Can I have a raise so my salary would be more comparable to the men?” “No.” “Why?” “You’re not the head of the household.” That’s what I was told. I was scared to death; I had three children to raise by myself.

Pilarella: A lot of that is in the original version of the piece and as we started to recreate it, it was the beginning of the #MeToo movement so we talked about who these characters are in today’s world, and the underground power we have using our voices more, what conversations are we still having?

And you chose “Collisions I” for similar reasons?

Mordine: We live in a time of collisions. People really coming up against each other. Sometimes you want to be sympathetic and at other times it’s prohibitive and negative. I do have my opinion about people being given the opportunity to change and go where they want to go, but for some people, it’s their lives.

Tsang: Thanks to the MacArthur Foundation there was a trip to India, led by Hema Rajagopalan [director of Natya Dance Theatre], to develop the piece.

Pilarella: It was probably a four-year process to get to the final work. And we didn’t just look at collision just as conflict. We talked about different forms and relationships collisions take on.

Mordine: I think all these pieces are very representative of the company.

What’s next for Mordine & Co?

Tsang: One project we’ll be working on is archiving our rep. Even for some of the pieces we’re doing now, we went through the process of getting it from reel-to-reel, to DVD, to digital.

Mordine: I think to myself, “What would be interesting to do at your age Shirley?” I want to make it ongoing, not just what I did all those years, but what is it about this time, my age, my experience, that would be of particular value.