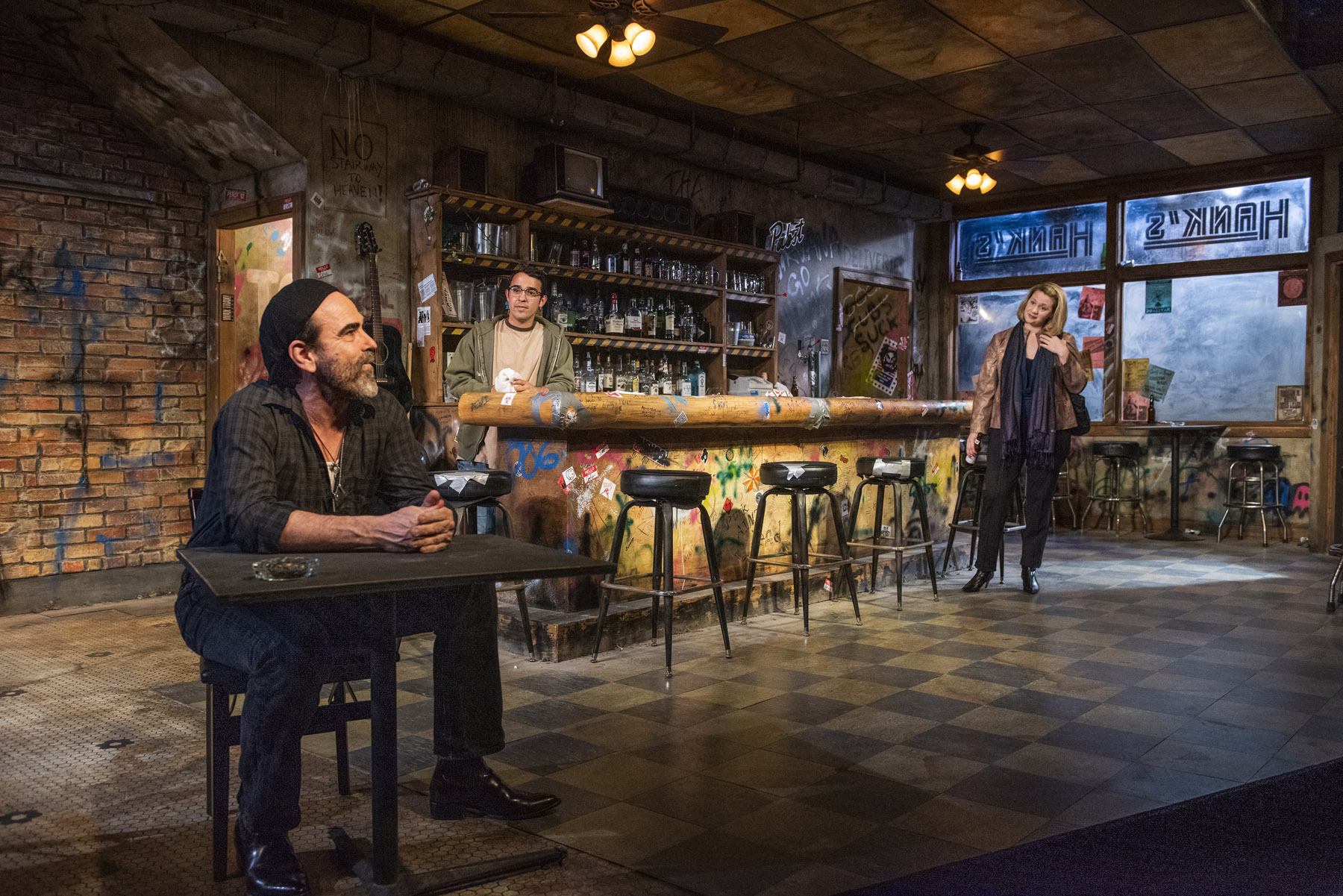 “The Undeniable Sound of Right Now” is not nostalgia. It’s set in Hank’s, a grungy Chicago bar in 1992, a place and time where legends are made. But at Hank’s there is no need for rose-colored nostalgia. If you still live in the same time that the music was born, you’re living in the moment, not in the past.

Nirvana even played at Hank’s once. Before “Bleach” came out. If you haven’t heard the story a dozen times you clearly haven’t been to Hank’s enough. It’s no wonder the vibe of this dive is more “Smells Like Teen Spirit” than “Heart-Shaped Box.”

It’s almost the twenty-fifth anniversary at Hank’s. While this bar is probably still rife with the sweat of every wannabe rockstar from the last quarter-century, the landlords are nevertheless hiking the rent by twenty percent. While Hank (Jeff Mills) and his daughter, Lena (Lindsay Stock), try to come up with the cash, the new wave of electronic music continues to bear down on them.

Like in everything else, it’s evolve or die. Or, in this case, evolve or pull the plug.

Given the backdrop of the big anniversary, Hank’s amiable relationship with his ex-wife Bette (Dana Black) is the sweetest part of this show. As Hank, Mills is the rough-and-tumble barback one presumes to find at a grunge bar. He’s also just sharp enough to walk the line between father figure and tough guy with the grace we need to give a damn. Hank and Bette are kindred spirits despite their history and Bette smooths out the edges of every character in their bar family, not just Hank. Black brings the sobering humor the play needs.

In the war between the old ways and the new ways, I’d definitely side with the old folks here. Laura Eason’s script gives little leeway for the youth to come off as anything but uppity and hostile. The characterization of Lena feels particularly stilted. If ray of sunshine Toby (Christopher Acevedo) led the charge, I’d be down, but Lena doesn’t convey enough ingenuity to pull rank over the old guard.

For a bar owner who complains about the changing sound of music, Hank keeps things pretty quiet most of the time. The sound influxes (courtesy of Lindsay Jones) at every scene change are a welcome change of pace. Without ambiance for the majority of the show, the space lacks energy in the midst of conversations. For a bar to exist anywhere in the city without any background noise is jarring enough to pull anyone out of the moment. Especially when the energy between these actors is so lacking.

Combine Jones’ sound with Jeffrey D. Kmiec’s grimy scenery and you have yourself the full, unwashed rock experience complete with the underlying need to wash your hands. And have a drink. I’ve never actually wanted a beer before. I’m more of a whiskey fan. But Hank’s aesthetic had me wishing someone would hand me a cold one so I could be part of it. (Amanda Finn)