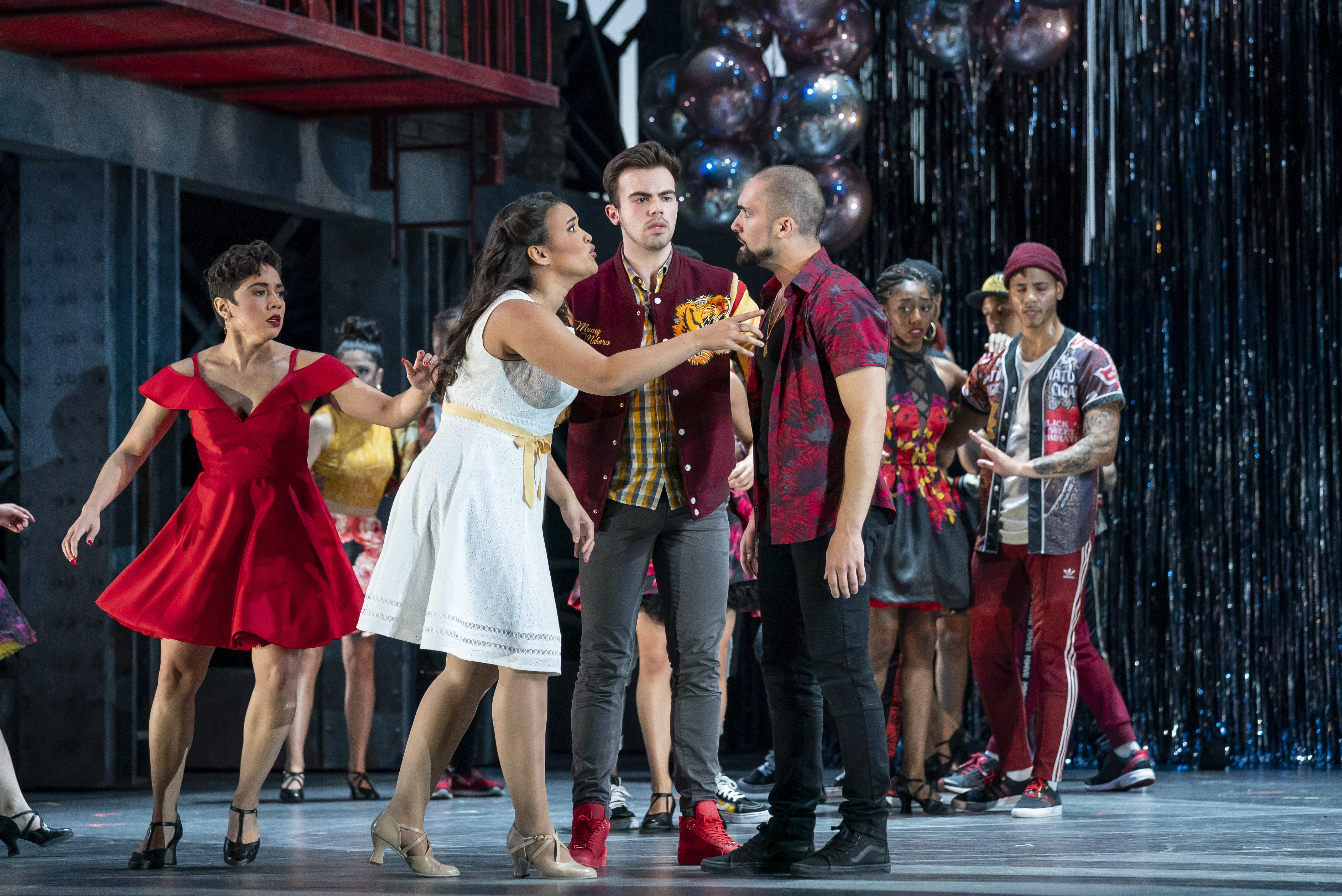 The story is not new. From “The Fantasticks” to garden gnomes, Shakespeare’s tale of star-crossed lovers has been told again and again. Written in 1957 by Leonard Bernstein, Arthur Laurents and Stephen Sondheim, with iconic choreography from Jerome Robbins, “West Side Story” highlighted racism and gang violence in New York City between white and Puerto Rican teenagers.

This canonical musical boasts a beautiful score that has captivated audiences for decades. For theatergoers aching for the beauty and nostalgia of the “Tonight Quintet,” the Lyric’s production does not disappoint. The musicianship is exquisite and worth the price of admission.

A successful production of “West Side Story” could stand on the music alone, but director Francesca Zambello does not rest on legacy. In collaboration with scenic designer Peter J. Davidson and costume designer Jessica Jahn, Zambello and choreographer Julio Monge stage Robbins’ original choreography with an eye on current culture. Watching this play over half a century since its premiere, deeply aware of our relentless political backdrop of hatred, ignorance and suffering, is a brutal experience.

Zambello has taken care to guide this talented cast toward intimate, original, custom-fit portrayals of characters that might otherwise be one-dimensional and stock, layering in deliberate and effective moments of humor and humanity. This is a play about racism and prejudice that does not speak in absolutes, asking the audience to forgo self-righteousness in favor of compassion, yet without ever glossing over or romanticizing the devastation of discrimination, taking care to hold its adults accountable. The negligence and complicity of the police is especially potent.

Hate is poison. Hate is modeled. Hate is taught. The Sharks act out in response to oppression and dehumanization: at the hands of the Jets, at the hands of the police, at the hands of a culture that refuses to see them. The Jets’ cry for help is also real. Act two’s “Gee, Officer Krupke” pokes fun but its message comes through loud and clear. We live in a culture of scarcity that takes no prisoners. Although some actors appear older, these characters are just kids—kids with weapons and kids with fear—and that heartbreak drives this production home.

Fans looking for the traditional “West Side Story” will be rewarded with that and more. For newcomers, this is an excellent way to experience this beautiful and harrowing work. (Erin Shea Brady)