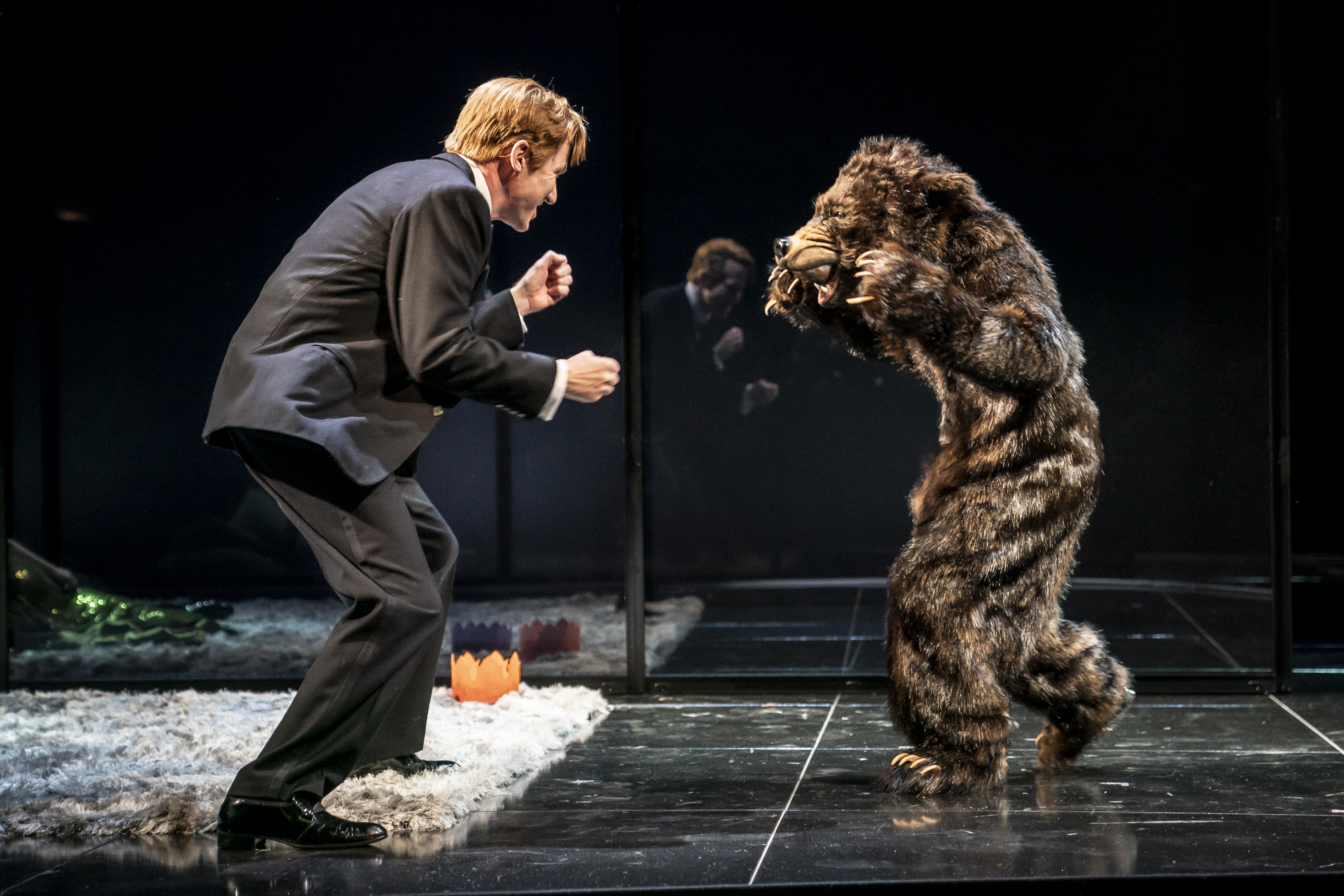 The Albert Theatre at the Goodman is being torn to shreds in Robert Falls’ production of “The Winter’s Tale.” Surprisingly, it’s not for fault of the bear that pursues Antigonus’ exit in that most famous Shakespearean stage direction. The snarling, growling scenery-chewing begins in Sicilia with King Leontes, brought to terrifying and rip-roaring life by Dan Donohue and spreads its carnage throughout the first act to his wife, Hermione (a heartbreaking Kate Fry), and later to the noblewoman Paulina (Christiana Clark, a literal showstopper), crafting some of the most engaging, dramatic interpretations of Shakespeare’s work you’re likely to see on an Equity stage in Chicago anytime soon.

Falls’ grasp on the overtly dramatic first act of this production, set in the kingdom of Sicilia and brought to life by the focused and precise light (Aaron Spivey), costume (Ana Kuzmanic), sound (Richard Woodbury) and scenic design (Walt Spangler), provides a startling masterclass in communicating the clear, concise storytelling of Shakespeare’s language, even amidst a narrative as densely plotted as this one.

Put simply: Leontes, King of Sicilia, leads himself into madness believing that his friend Polixenes, King of Bohemia, is sleeping with his wife, Hermione. This leads to name-calling, furniture-throwing and newborn babes abandoned in the woods. Through every scene of this act, our attention is gripped immediately by Donohue, who delivers his lines with a villainous snarl that leaves you hanging on every word, leading to plot details from a more than four-hundred-year-old play eliciting gasps from audience members on opening night. This isn’t an easy task, especially for a play that spans sixteen years—don’t worry, Billy Shakes wrote in a character literally called “Time” to explain it all—and a production that holds nineteen actors, two bears and an abundance of sheep.

Which leads us to Bohemia, the primary setting for the second act, where, frustratingly, things falter. Falls’ strong grip on the dramatic text seems to loosen when delving into the comedic overtones of the Bohemian setting. Our guide through this act is Autolycus, the comically breezy Philip Earl Johnson, playing beautiful guitar melodies one moment and making ribald, semi-humorous remarks the next. The shift of the action to Bohemia grants the team an opportunity to mess with the language (unfortunately, the shepherd loudly exclaiming “Fuck the sheep!” is not an original Elizabethan quotation). This lack of clarity and assuredness tends to muddy the storytelling, and you can feel the audience’s collective interest wane before we are returned to Sicilia for the magical, restorative ending.

There’s even more digging to be done if you were to analyze the roles of Camillo (the earnest and goodly Henry Godinez) and Paulina in this production: two actors of color tasked with shouldering and curtailing the burden of their white monarch. When Clark’s Paulina, in the midst of the first-act histrionics, is able to bring Leontes down to size—her line “What torments, tyrant, have you saved for me?” comes not as a plea but a threat—it is one of few moments where the audience has no choice but to applaud the titanic and earnest reckoning onstage before them.

Ultimately, Falls has crafted an imbalanced production of an imbalanced play. High drama, low comedy. Not an ideal balance, although ultimately it is our current world onstage. Ever flawed, but the realest and truest of things to gaze upon. (Ben Kaye)