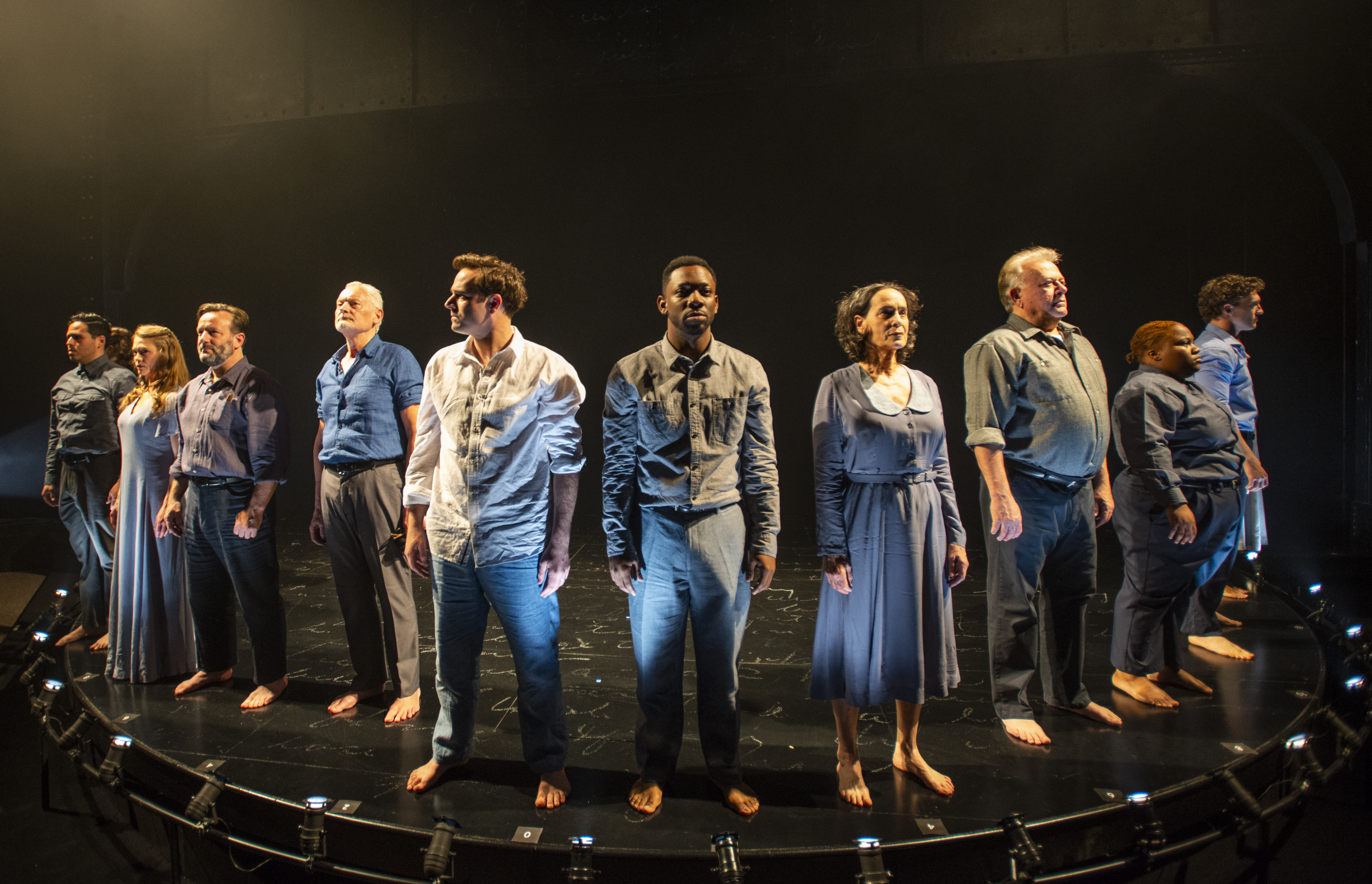 The cast of “The Adventures of Augie March” at Court Theatre/Photo: Michael Brosilow

The extent to which you may enjoy “The Adventures of Augie March,” adapted by David Auburn for Court Theatre from Saul Bellow’s 1953 novel, largely depends on the extent to which you can stand to watch a man of no particular talents or inclinations have so-called adventures occur to him. Augie March (Patrick Mulvey), an American everyman, crafted in the style of Charlie Brown and with a propensity to delinquency, oscillates between petty crimes and crappy jobs, always getting lucky before he gets punished but never getting lucky enough to actually become anything. In the meantime, girls—knocked up Mimi (Aurora Real de Asua), heiress Thea (Chaon Cross), rich Lucy and needy Stella (both played by Abby Pierce)—can’t resist falling in love with him. Is it male vanity that desires a hero in such a man? “I am an American, Chicago born,” says Augie several times, as if that could make him matter.

Presented in an indulgently long 190 minutes, the production is done almost entirely barefoot with a minimal set by John Culbert that evokes the curved and gridded steel that form the bridges and elevated tracks of our city. Under the direction of Charles Newell, the cast succeeds believably in evoking common folk that scrape and scrap in order to live. In a few moments, they attempt to dance, which is awkward. Most striking is the shadow puppetry (designed by Drew Dir, Sarah Fornace and Julia Miller of Manual Cinema) that characterizes Augie’s hallucinatory voyage to Mexico to hunt giant iguanas with an eagle named Caligula (of course not his idea but Thea’s). Overall, the production misses out on the best part of Bellow’s novel, the fearless yawp that elevates these piddling adventures to an epic.

Otherwise: “It isn’t that you don’t have a brain,” says Grandma Lausch (Marilyn Dodds Frank). “Only you’re too easy to tickle. Promise you a joke, a laugh, a piece of candy, or a lick of ice cream, and you’ll leave everything and run. In short, you’re a fool.” (Irene Hsiao)