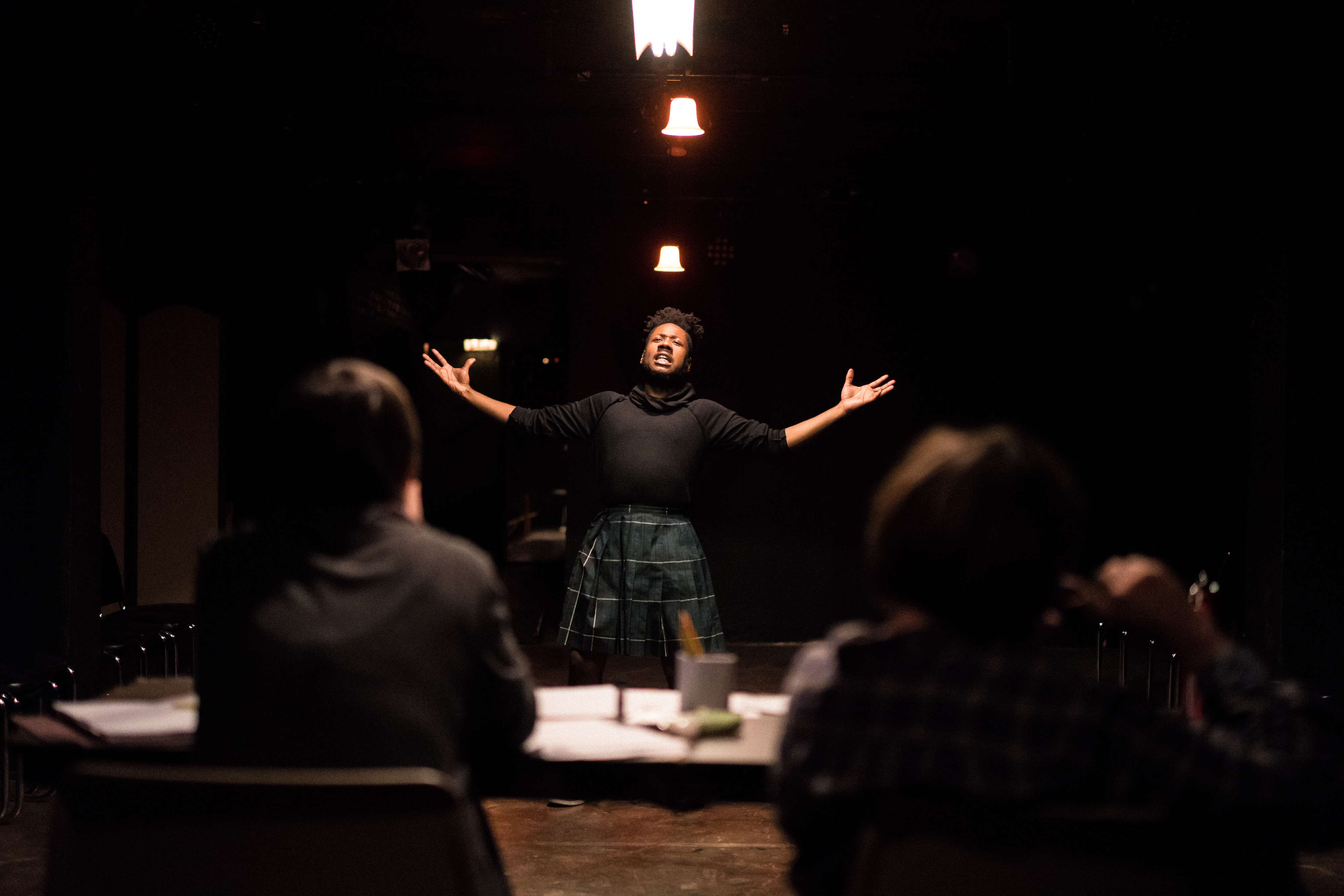 A few years ago, my partner came to a rehearsal with me. They aren’t a theater artist and they wouldn’t see any theater (certainly not a play) if we weren’t together. After walking out of the rehearsal and enjoying the quiet night air, they said the thing that I forget about this line of work: “That was three hours. For just a couple of minutes.”

We’re putting time into many projects. We’re networking. We’re building the résumé. To make a living. The hope is maybe, at some indeterminable point in the future, we will have the resources and the opportunity to manifest that moment: the moment when, suddenly, things are different. That feeling, which somehow manifests differently every time, yet is entirely familiar in each iteration, which is so impossible to articulate into words that we fall into mysticism, saying it’s “alchemical” or “transformative” or, if you’re into urgency, “necessary.” More often though, we use the most childlike of shorthand: it’s magical. And it is. Or, it really truly can be. But, damn: why is it so hard so often?

In Mickle Maher’s “It Is Magic,” it’s gatekeeper and white man Ken Mason (Colm O’Reilly): embodiment of all that is wrong with community theater, where dreams go to die. He is nihilism, he is rejection. And he’s going to shut down Deb Chandler’s (Diana Slickman) first-ever play, an adult adaptation of “The Three Little Pigs,” even though she’s called Tim (Jerome Beck) back three times for the Wolf and he is just so close to getting the part.

Between Ken’s hollow waxing and backhanded compliments, Tim’s generously innocent love for the audience (he memorizes every face in the crowd), and Deb’s seemingly endless well of faith in the magic of theater, we’re primed for the magic of paradox and uncertainty. Add a weary administrator who wants to act and a mysterious actor who smelled the audition flyer at the YMCA and you’ve got a pretty intriguing plot.

As the show moves forward, layers of metaphor pile onto what we already know. Suddenly metaphors interplay and you’ve got some complexity about what makes this industry so miserable and the art so mystical. Touching on issues of race, which this play has a very complicated relationship with, and gender, “It Is Magic” is a challenging piece of theater for those of us who may need Deb and Tim’s hopefulness to reinvigorate us. Conversely, sometimes, it’s good to doubt and question the purpose behind the work we’re doing and why we’re doing it.

While the magic is very real (an undeadening that shocked me awake) and the script well-conducted, there is a lack of specificity in the rules of the universe and the journey of its characters. Despite having clearly marked story beats and sharply delivered humor, the live experience felt blobby between those measures and would bottleneck at moments of tension into a starkly visioned piece of theater.

All that being said, any show that juggles loving critics and tearing their throats out is good in my book. (Jay Van Ort)