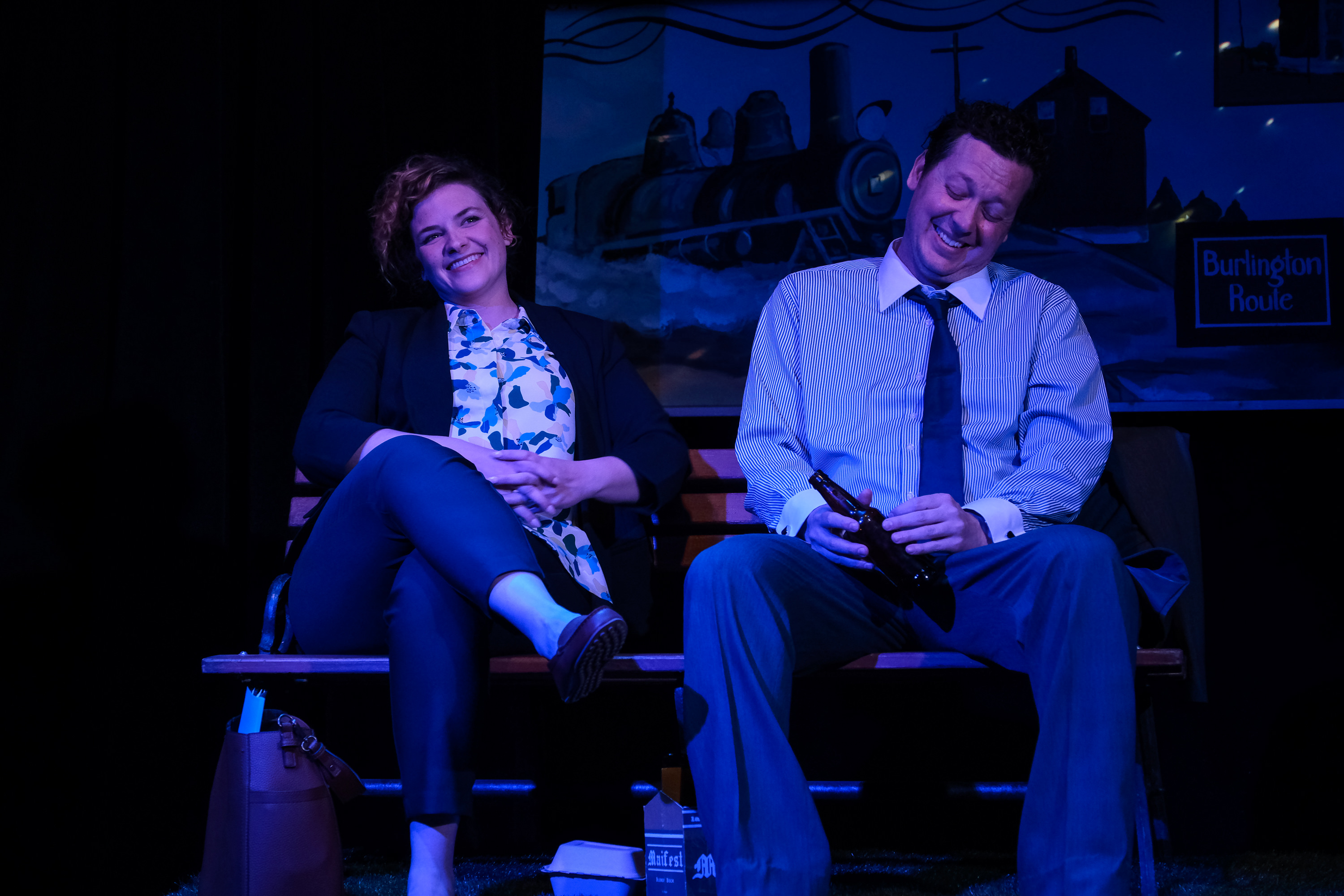 I enjoyed writing reviews more when I wasn’t getting paid. That may sound counterintuitive, but it’s true. By making criticism my job—and by “my job” I mean a minor portion of my overall income, which is strung together from a variety of sources, each less well-compensated than the last—it changed my relationship to the task. Yeah, that’s a banal insight, made by plenty before me, but that doesn’t change its veracity. The flip side of the old adage about finding a job you love and never working a day in your life is: do what you love for work and you’ll never have a day off ever again. Toss in the erasure of work and life balance, the social media-as-self-branding labor that many young people do for free, the twisted relationship of productivity to self-worth, and you have the makings of a triggered-unhappy late capitalist clusterfuck. I don’t mean to sound ungrateful. You could argue that I’m fortunate to make any amount of money from writing thousand-plus word treatises on local theater that few people even click on, never mind read from beginning to end. And I don’t blame them (or you), because I don’t do it for them (or you). I do it for the glory. Obviously.

Kenneth Lin’s “Life On Paper,” in its world premiere at Jackalope under the direction of artistic director Gus Menary, is a great play that a lot of people should see. People like: tech bros algorithmically turning human desire into a zero-sum game; those of us who don’t perceive our intellect and our romanticism as being at odds; Midwesterners (broadly) and Wisconsinites specifically, or as I like to call them, Wisconsinners. Lin’s play is like if Clarence hadn’t intervened to rescue George Bailey in “It’s a Wonderful Life” (because there is no God, lol). Instead, George just trudged home and was sad and drunk on Christmas, like so many fathers before and after him. He eventually takes a job with Mr. Potter after the Building & Loan goes out of business because Uncle Billy is a reckless drunk and Harry is a selfish prick. Meanwhile, he becomes increasingly alienated from his wife and children, especially Zuzu. Zuzu fucking hates George now, and she runs away to New York City to become an artist in part to spite him but also because Bedford Falls sucks and nobody understands her and UGH just leave her alone, George! Worst. Dad. Ever.

Anyway, Joel Ewing plays Mitch, the Lionel Barrymore-Jimmy Stewart hybrid, who’s more inclined to mansplain how much rope she’d need to actually lasso the moon than to see that Mary just wants to make out, dummy. Mitch is a forensic economist, meaning he specializes in life valuation, meaning he puts doughnuts to dollars, proverbially and literally. He meets his foil in Mary Williamson’s Ida, who is like Leslie Knope if “Parks and Rec” had been a Showtime drama. Prior to this play, Williamson’s characters struck me as gum chewers, always about to blow a bubble right in the face of their scene partners. Here, though, she demonstrates an extensive emotional range, bringing together the full reality of Ida’s circumstance: a woman who never left her hometown, whose marriage has fallen apart and who just now, on the precipice of middle age, has embraced an ambition she formerly denied herself out of a combination of self-protection and the expectations (read: burdens) placed on women to put the needs of others first. It’s a hell of a role and she chews it up, gum and all.

Elsewhere, Guy Wicke is terrific as Ivan, that cousin you talk shit about but secretly admire. He is the friend who knows you’re condescending to him and also knows you’re only doing so because you’re wounded. He brings forth Ivan’s innate emotional intelligence in such genuinely sweet and smart ways. Josh Odor’s Michael, on the other hand, is so many women’s ex-husband. He practically oozes divorcé. You just know his condo smells like ramen and cheap weed. He is mediocrity incarnate, especially when begging Ida to tell him the truth about his shitty art and then pouting when she delivers. Satya Jnani Chavez gets just enough stage time to demonstrate her comedic timing, Midwest dialect and lovely singing. She is at the center of the play’s memorable final moments and, as a newcomer to Chicago, I hope she’ll be a part of many more.

Beyond characterization, there are a lot of things this play gets right, not the least of which is the staring-into-the-void anxiety of higher mathematics. There’s an image I remember from high school that illustrated the path of understanding math like climbing a mountain. The punchline is that, at the penultimate stage, you’re at the top of the mountain but you’re so overwhelmed by the infinite world beyond the mountain that you throw yourself off of it. Pretty funny stuff if you’re an AP Calc kid. Lucky for me, I didn’t take math that seriously. However (and in spite of the tone of this review), I sure as shit take my writing seriously and what this play understands about the mortal terror of mediocrity (absolute failure would be a gift, by comparison) and the leaky holes of intellectual insecurity left me shook, an expression that, like Facebook, is only used by your parents. Of course, it also captures the sheer delight of agile minds at work, a pleasure that is close to my heart (and head).

Lin’s play enjoys interrogating perceived dichotomies: art against math, expertise against intuition, routine against spontaneity, chaos against order. In each case, Lin works through the arguments on both sides, giving and taking, until arriving conclusively at the understanding that nothing is either/or but rather all is a blend, like those wines your mom kept buying a few years ago, insisting that they were “the new hip thing.” And just like wine and moms, “Life On Paper” is a thing to be appreciated or, alternatively, called upon in a moment of need. It is a comfort, one that you might not realize you needed but one that you’ll be all the more grateful to because of its unexpected existence.

A play cousin to Nick Payne’s “Constellations” and a natural successor to “Ideation,” another Menary-directed premiere on his home court, “Life On Paper” marks a year since the Jackalope AD’s last directorial outing with Ike Holter’s horror homage “The Light Fantastic”. At this point, it feels safe to say that Gus takes us into some dark, weird, complex stuff. Also: AM radio classics with titles just on the tip of your tongue. And scene work that is by turns bracing, piquant and hearty, like vodka, pickles and pumpernickel bread. About those AM jams: they are used to score scene transitions that are just a hair too long even at their most efficient. It doesn’t seem like there’s much to be done about it, as Lin’s play moves from one discrete setting to another: breakfast bar to hilltop to court room to RV, ever onward. And while the designers might have considered lighter dressings, this is the same company that, during their last production, cracked open the set so that an entire living room could roll slowly toward the audience in a shroud of ever-thickening fog. Let it never be said that Jackalope doesn’t commit, even if it sometimes slows them down.

And that kind of commitment is something to be admired. In anything. Because in the vastness of the universe we are all just individual points seeking a pathway through the void. And sometimes things line up. And it’s beautiful. And it leaves you staring out over an empty gymnasium in awe of its potential for anarchy. Or looking more closely at a series of black-and-white photos, noticing the melancholy gray gradient of the sky for the first time. Or stepping outside and taking a deep breath of warm, humid, dirty, Chicago air and looking out over this one block, in this one neighborhood, in this one city and thinking “Yeah. This makes sense to me.” And what you do with that—write or laugh or talk or drink or fuck or cry or run or nothing at all—is up to you.

So what are you gonna do? (Kevin Greene)