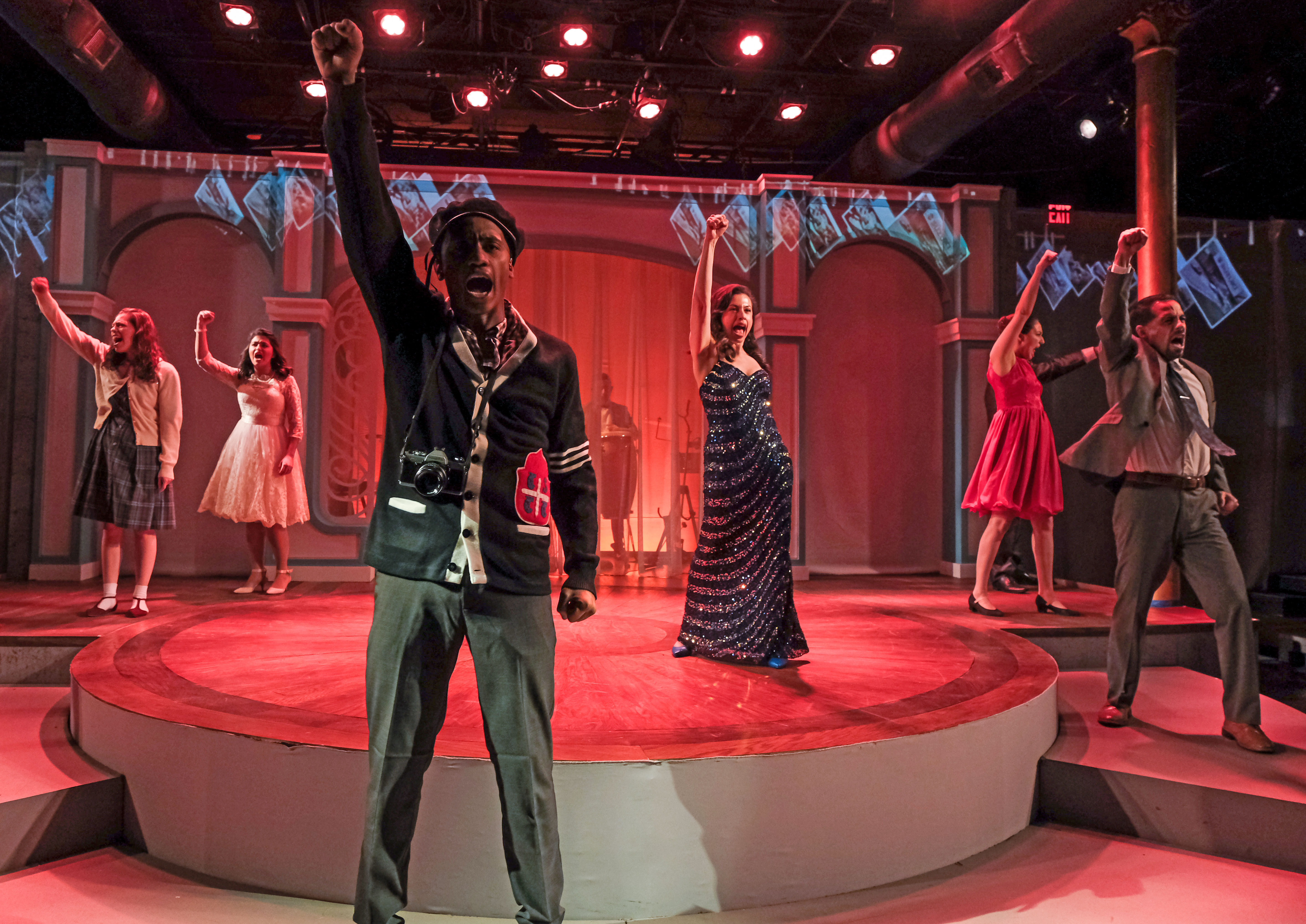 The other night I watched “Buena Vista Social Club,” Wim Wenders’ 1998 documentary about the making of the album of the same name, a project conceived by Ry Cooder and performed by a group of Cuban musicians, some of whom were upwards of ninety years old at the time of its recording. To this day, it remains the quintessential “world music” album for suburban America, an unmistakable presence in minivans and at potlucks in the late nineties, early aughts and beyond. Watching in awe at the patient, practiced musicianship and easy camaraderie exhibited by this group, I found myself thinking about the architecture behind the arrangement, about gatekeepers and the ethics of cultural exportation. It’s easy to enjoy a project like Buena Vista Social Club—its specificity, authenticity and musicality—and to feel a degree of gratitude to Cooder and Wenders and, by extension, their respective record labels and film production companies. Still, the sense that this music was only cleared for consumption beyond Cuba because of cosigns from white men seems indicative of the slippery cliffs of hegemony. Wherever “world” becomes attached to an art form, it can feel a bit like a security checkpoint, where a persuasive word from an ambassador can help clear diplomatic hurdles. But what if some bags go missing at customs? What happens when some parts of culture become contraband? Perhaps then it becomes less about who tells whose story than about what part of whose story gets told, to and for whom?

Which brings me, in a roundabout way, to Sandra Delgado’s “La Havana Madrid,” in its highly anticipated remount, co-produced by Teatro Vista and Collaboraction and directed by Cheryl Lynn Bruce. Through thorough research, Delgado, who serves as the production’s guiding spirit as well as its scribe, diligently and lovingly presents half-a-dozen stories about Latin American immigrants in Chicago during the sixties and seventies. These narratives are essential to understanding local, regional and national history. That alone makes this show worthwhile. Still, the play’s very existence indicates a significant absence: these are stories that have remained blocked for decades (centuries, really) by gatekeepers in media, likely because there is no way to tell these stories without acknowledging a long history of discrimination, violence and, most perversely, joy. It sometimes feels like it is people of color’s expression of pleasure that most infuriates white supremacy, which does everything it can to instill misery and fear, to deaden spirits figuratively and literally. And yet there may be no greater revelry witnessed on stage all year than this, white supremacy be damned!

I’ve written about “La Havana Madrid” before and nearly everything about that production from two years ago, in the intimate 1700 Theatre at Steppenwolf, remains, albeit in the significantly larger Heath Mainstage at The Den. A warning about the new digs: watch out for the columns. Presented in a kind of minor thrust and designed to imitate the feel of a classic nightclub, there are blind spots aplenty if you’re sitting on house right or left, so consider arriving early or shelling out extra for the center tables. Whether these sightline limitations could have been better compensated for is debatable, although the companies did make the right decision in maximizing seating, as the original run sold out and was extended multiple times. Since then, the budget appears to have increased, and with it the production values. I am rarely won over by projections, which can feel like a movie adaptation of literature in the attempt to translate the ethereal into the tangible and unfortunately this production did not change my mind. Nevertheless, Liviu Pasare’s video designs are well-executed and pair nicely with José Manuel Díaz-Soto’s set and, especially, Heather Sparling’s lights, which imbue the entire evening with radiance and glamor.

Most of the stories and a handful of the actors return from the original production: a teenage Cubana (Ayssette Muñoz) experiencing the side effects of assimilation via shredded wheat; a touching transcontinental wedding between two young lovers (Alix Rhode and Tommy Rivera-Vega, their roles based on Delgado’s parents); the military career of a nightclub proprietor (Mike Oquendo) and subsequent reintegration into a deeply divided society; the politicization of a baseball enthusiast (Victor Musoni); the dogged pursuit of a bass player (Marvin Quijada, in a role based on Roberto “Carpacho” Marin, leader of the onstage band, Carpacho y Su Súper Combo) by immigration police and a beauty pageant winner (Ilse Zacharias) whose moment of glory is interrupted and underscored by violence. Zacharias, in the evening’s most memorable scene, plays Myrna, a character based on Myrna Salazar, co-founder and executive director of the Chicago Latino Theater Alliance. She torches the boards with a monologue that concluded in raucous applause while she coolly checked her complexion in a compact mirror. Anyone who’s had the pleasure of meeting Ms. Salazar will know the portrayal to be as accurate as they come.

The irony is not lost on me that the same skepticism I presented earlier in regards to cultural gatekeepers could (and should) be applied to my position as a critic and editor: a white cis man in a position of power offering observations—tinged by internalized bias and affected by the opinions of others—on art made by persons of all races, ethnicities, genders, sexualities, classes, religions, etcetera. Though let’s be honest for a moment about our city’s theatrical makeup: in terms of demographics, not all are fairly represented to begin with. And we critics—our industry having similarly problematic preferences—play a role in that sorting process. How do I address those who desire, consciously or not, a cosign from a representative of a dominant cultural group (white; cis; male; all of the above) while also attempting to move the needle on our industry’s lopsided preference for white men is something I think about constantly. Can I be both the problem and part of the solution? It’s a complex and imperfect system, this whole criticism business, and I struggle with it and in it.

And sometimes I disappear inside of it. As I scanned the audience on opening weekend, before any reviews had been issued, I saw faces alight with recognition as if the spotlight were falling on them for the first time. There are passages of “La Havana Madrid” in Spanish where no English translation is offered, although you don’t have to be a native speaker to understand what’s being said, due in no small part to the skill of the actors and the clarity of the storytelling. But there was also something untranslatable occurring, a bond forming between art and audience. It’s not that this type of connection is necessarily rare. On the contrary, it happens so often for us white folks that it rarely rises to a level of recognition. Yet here it felt present and alive, like the kind of magic that only theater is capable of, made that much more remarkable for its relative rarity.

Despite how much ground it covers and how well it covers it, “La Havana Madrid” can’t begin to tell all the stories of every immigrant, child of immigrants, or anyone who’s been unjustly othered by white supremacy. And yet, that it makes the effort, makes all the difference. And so the play comes to mean so much to me precisely because it means so much to so many. (Kevin Greene)