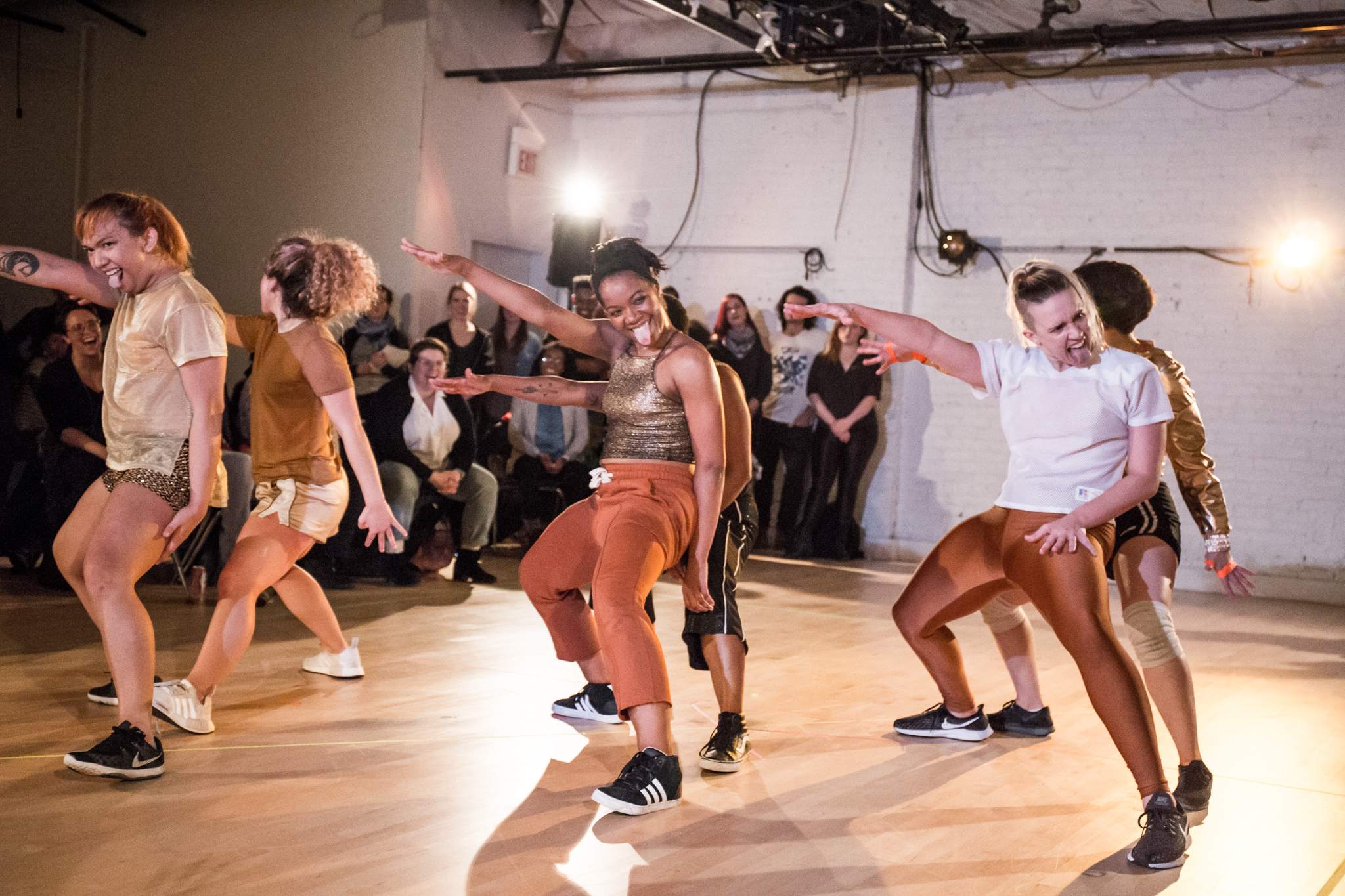 This 2019 Year of Chicago Theatre is, like pretty much every year in Chicago, an abundant one for theater in every flavor. And if you’re a regular performance-goer like me, you have a tendency to freeze up in the face of too many options and order the same one or two flavors pretty much every time. So to celebrate the YoCT, I’m getting out to stuff I wish I saw more of but never seem to have the time: plays, opera, comedy. If you have similar aspirations, the Pivot Arts Festival, which occupies venues across the far North Side from May 31 through June 9, offers a selection of dance, theater, music and performances blurring the boundaries to suit your preferences and stretch your perceptions. I spoke with Pivot Arts director Julieanne Ehre about the history of Pivot Arts and what’s on the menu this year.

Could you talk a little on the history of Pivot Arts?

We started talking about Pivot Arts in 2012, but were founded in 2013. Pivot Arts began as an incubator program at Loyola and the first festival was in May of 2013. The purpose of Pivot is to celebrate artists creating contemporary, innovative works as well as works that are widely accessible and entertaining to audiences. So when we use words like “cutting-edge” and “contemporary,” I wanted to bring those artists to larger audiences in Chicago and not have it be performance for audiences who are already pretty aware of what’s happening. And also to provide opportunities for Chicago artists. There are organizations doing innovative, hybrid, multidisciplinary performances. We wanted to be a part of that and widen opportunities.

Now we’re a year-round organization, with a focus on site-specific work and incubation, and the festival is our year-end celebration. Last year we brought in Rude Mechs from Austin, Texas, in their Chicago premiere. This year is super-exciting in that we’re doing all world premieres and bringing in international artists. 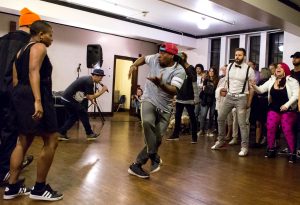 You mentioned wanting to both present cutting-edge work and be sure audiences are entertained. How does Pivot Arts approach this?

Without pointing to any one organization, you can look around at certain performances and find everyone in the room works in the arts. It’s important to me to open the door and make sure Chicago audiences are seeing works that aren’t traditional realistic plays or traditional, classical ballet. Not that those things don’t have merit, but there’s lots of exciting art being performed across the country. I’ve been out to the National Performance Network Conference, to Fusebox Festival in Austin and my eyes have been opened to what’s happening around the country. I want to be sure that here audiences and artists alike are seeing work being created by diverse artists and work you’re not going to see on traditional stages.

Would you point to some highlights at this year’s Pivot Festival?

The festival is intentionally a little smaller this year. The first year it was three weeks, and it was like we ran a marathon twice. Reducing the scale allowed us to give more resources to artists involved. During Fusebox, it seemed like the entire city of Austin shut down and it was a real bonding experience. In New York you can have multiple events and festivals happening at once. But I don’t feel like here in Chicago we needed a three-week festival; ten days felt right. I feel super-proud of the work everyone is doing this year. Things I’ll point your attention to are “The Rosina Project,” which was developed in our incubator and is a collaboration between BraveSoul Movement and Chicago Fringe Opera. There’s hip-hop, MCs; it’s innovative, unique, not like anything I’ve seen before, exciting for audiences and it’s just $15.

Erin Kilmurray is the creator of the popular “Fly Honey Show.” I saw a workshop version of her “Search Party” and loved it. It’s amazing; really diverse artists, empowering, pushing the envelope, joyous, exuberant. She’s great at engaging audiences in work that feels celebratory. 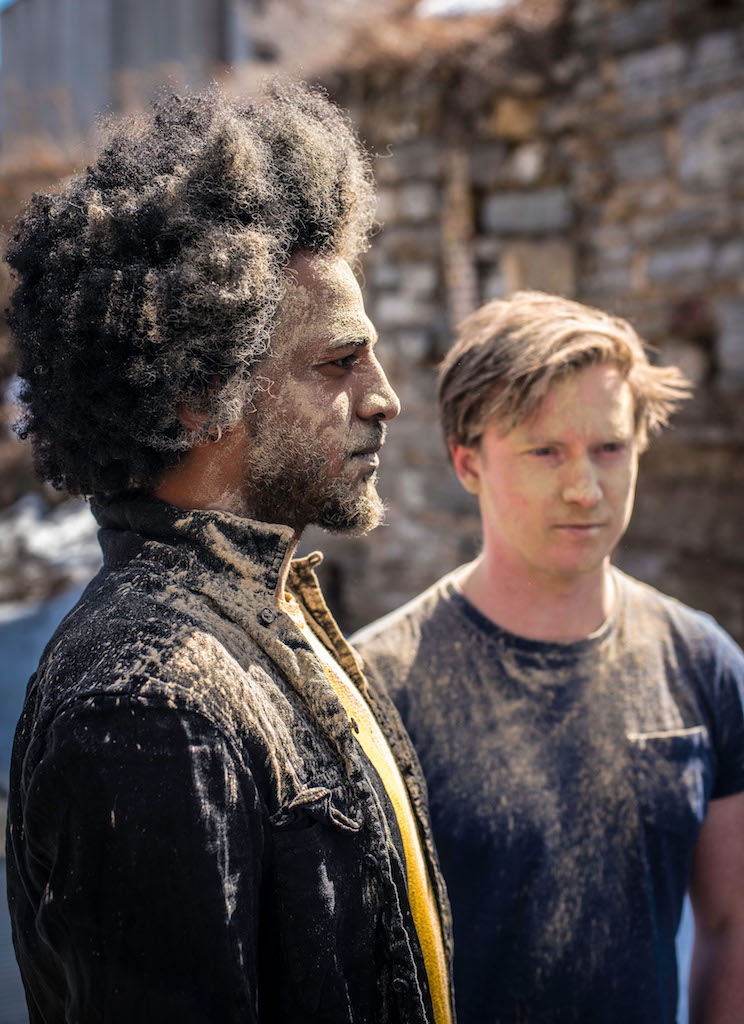 Seth Bockley is working with two artists who reside in Canada to create an original adaptation of the Gilgamesh myth. One is Ahmed Moneka, who played a gay character in a film in his native Iraq and, as a result, received death threats and had to seek refugee status in Canada. He, Jesse LaVercombe and Seth created a story that speaks to personal circumstances of having to flee your homeland. It’s their first time performing in the United States. I’m really excited to see what this trio has created together.

We also have an exciting evening dedicated to Latinx artists, hosted by Isaac Gomez and Nancy Garcia Loza.

I always want people to see everything, and not out of an economic need to sell tickets. Instead of having a pass this year, we’ve made tickets affordable and offer package deals. I recommend people treat this as a festival and not just see one show; every year I see the festival as a body of work and it’s really exciting to get a sense of the work as a whole and not just a piece of it. That’s my curator recommendation.

Pivot Arts Festival runs May 31-June 9 at venues across the North Side. For more information, visit www.pivotarts.org.