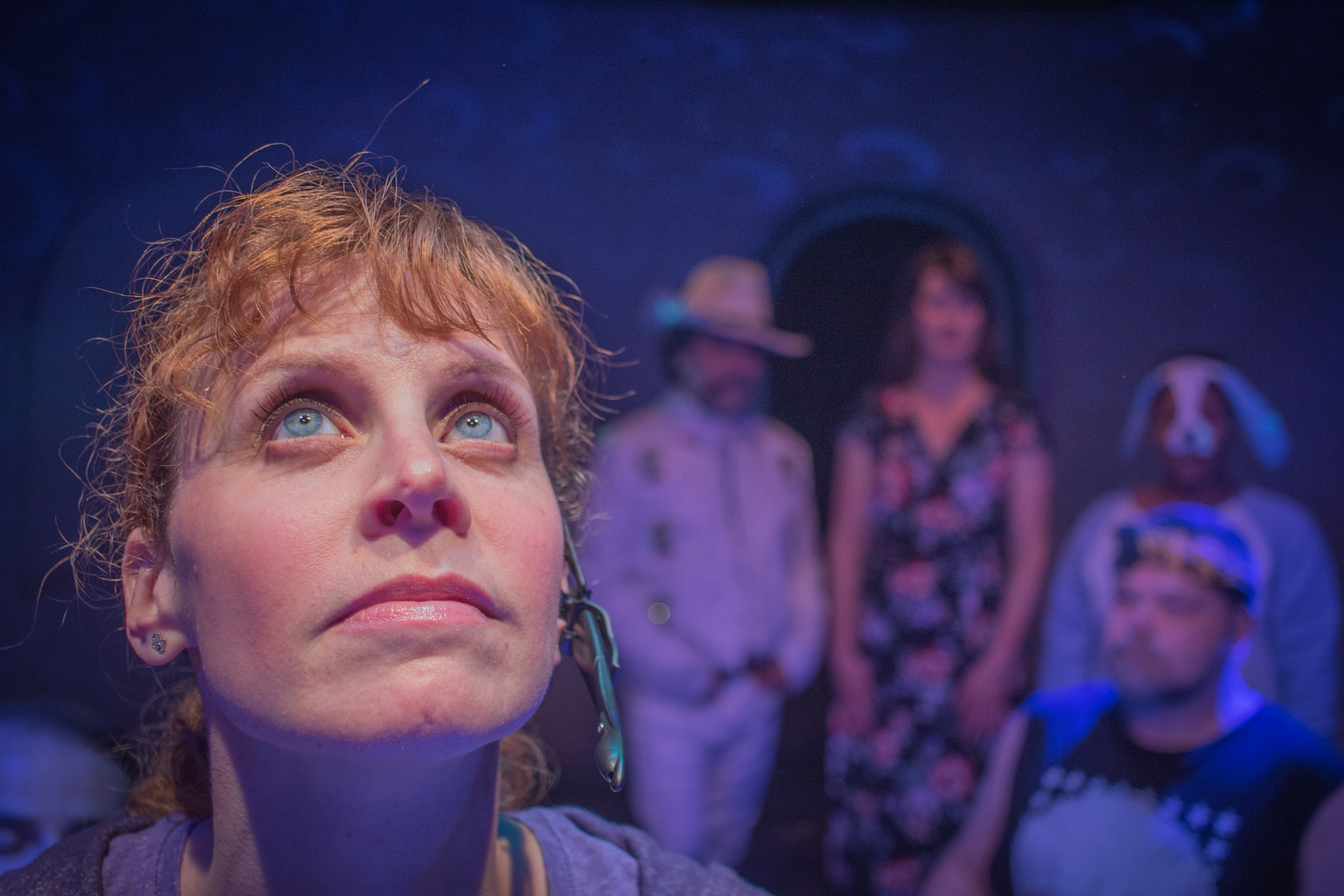 “Take Me,” the new musical by Mark Guarino (book) and Jon Langford (music), has a lot going for it, beginning with an infectious rock score and impressive vocal talents. Langford, a veteran of many kick-ass punk and rockabilly bands, gifts the show enough groovy guitar licks and punchy, uptempo beats for a half-dozen rock space operas. The story development, however, lags more than a few measures behind its very impressive musical composition.

Nicole Bloomsmith stars as Shelly, a not-so-stable mom, who suspects that aliens are grooming her for something bigger. That Shelly would fantasize about a life among the stars makes sense given that her husband, a pilot and sole survivor of a plane crash, lies in a vegetative state. Besides communicating with aliens, Shelly spends a fair amount of time trying to guide her husband (Michael Reyes) back to ground. Eventually, she comes to believe that the aliens want her to build a UFO-centric amusement park in Roswell, New Mexico. Helping her in this endeavor is a collection of misfit characters who all believe that they, too, are being watched by benevolent aliens.

Bloomsmith and the rest of the ensemble are great. But the development of this quirky plot, which often plays out in the scarred mental landscape of Shelly’s mind, is too frequently weighed down by character inconsistencies and empty metaphors. It is also disjointed to the point where whole scenes appear lifted from other shows. Case in point: a very funny, but absolutely random bit involving Soviet space dogs leading a city council meeting. It was laugh-out-loud funny. It also had zero connection to the plot or anything else in the play. In a similar vein, several key characters, such as a talking blue dog from Shelly’s childhood (played wonderfully by Kamille Dawkins), are entertaining on stage but distract from the show’s overarching theme.

Ultimately, “Take Me” is a good first step that might someday be reworked into something greater.