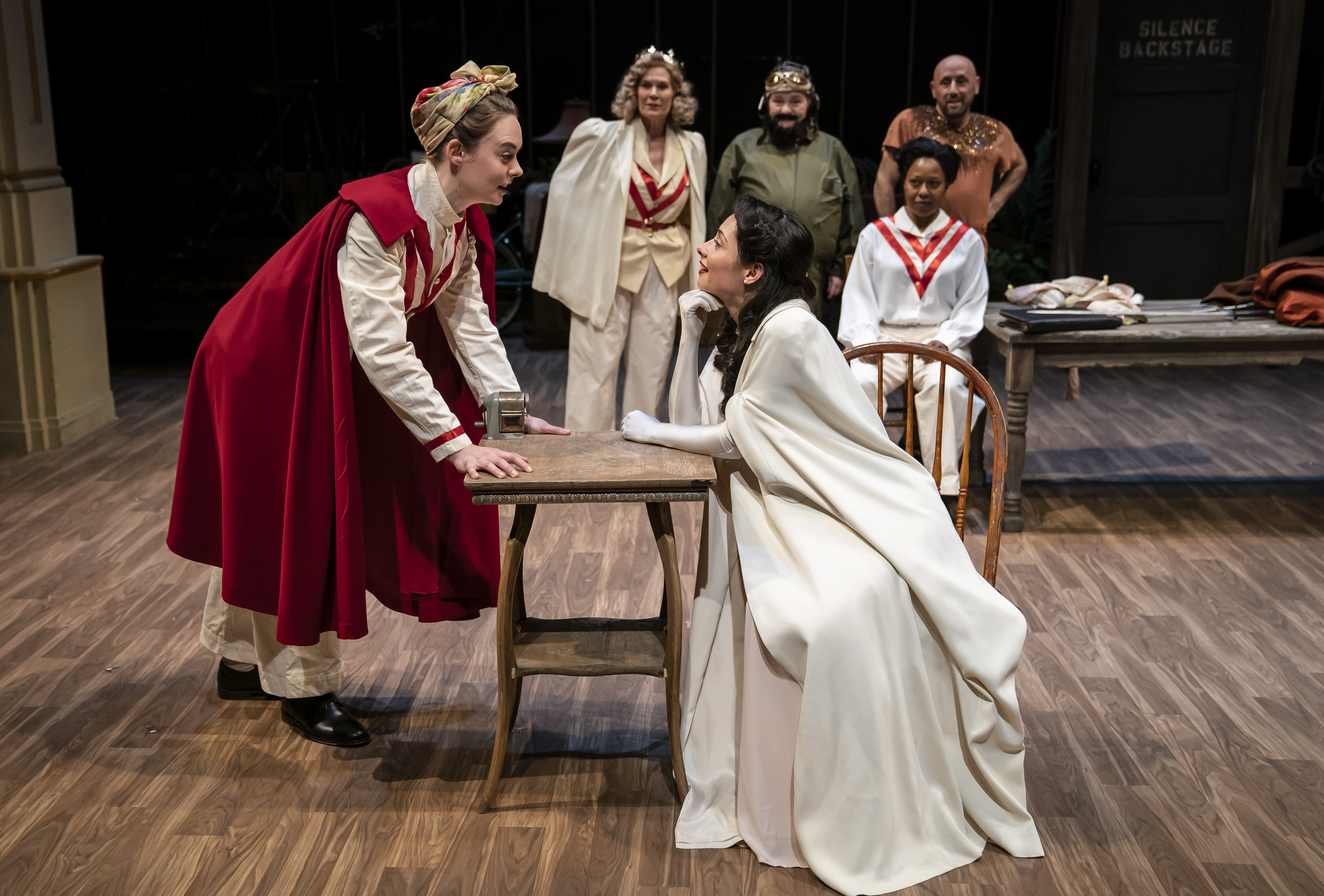 “It was cute, but I didn’t love it,” said the elderly woman who filed out behind me after “Into the Breeches” at Northlight. I don’t usually take into account what others say about a show, particularly in a review, but that line struck: a stranger articulated perfectly and simply how the show made me feel.

It was cute, which is a deadly word for something that was billed as being feminist and empowering. It shouldn’t have been cute. Partly, sure, but not wholly. Without prior knowledge of the playwright beforehand, it was clear within fifteen minutes that it was penned by a man. While well-intentioned, the play is a baseline introduction to feminism and the lack of agency given to women in the 1940s. Not to mention the agency for black Americans or homosexuals.

In 1942, a theatrical troupe, largely lacking men, stages both parts of “Henry IV.” WW II has drafted away the majority of the company but that will not stop Maggie Dalton (Darci Nalepa) from keeping her husband’s production dreams alive.

Thankfully, Northlight put the script into the hands of Jessica Thebus and a cast of gifted actors. Despite all the trudging the cast has to do to get through the longer-than-necessary text, they perform with grace. Fictional or not, I would pay good money to see Hollis Resnik (who played diva Celeste Fielding) play King Henry.

Although they come through the text as stock-ish, two-dimensional characters, the cast imbues their roles with humanity. Even Penny Slusher, as the silly society wife Winifred Snow, morphs into a flesh-and-bone being. She maintains her silly demeanor, but gives her a breadth much broader than written. As does Penelope Walker, who plays Ida Green, the only black character in the show, which is, frankly, preposterous. A costume designer travels from the South Side to do work in an Evanston theater? If there is any historical accuracy to her character, it’s missing from the text. But Walker’s return to Northlight after “Curve of Departure” is nevertheless a delight.

Given the topic, “Into the Breeches” could have reached so much higher. There are pieces worth delving into: a wife-actress (Molly Hernández) pushing for combat support; a woman (Grace Richard) with real fear about losing her husband. There is so much within the confines of the text that deserves to be explored. And doing so would not have affected the context of the show. In fact, it hurts the show’s credibility to ignore what’s clearly there.

With a lot of momentum going against the rights of women, minorities and, frankly, anyone who is not a cishet white man, we need plays to be braver. We need art to do more, tell more, and show more. We deserve more. (Amanda Finn)