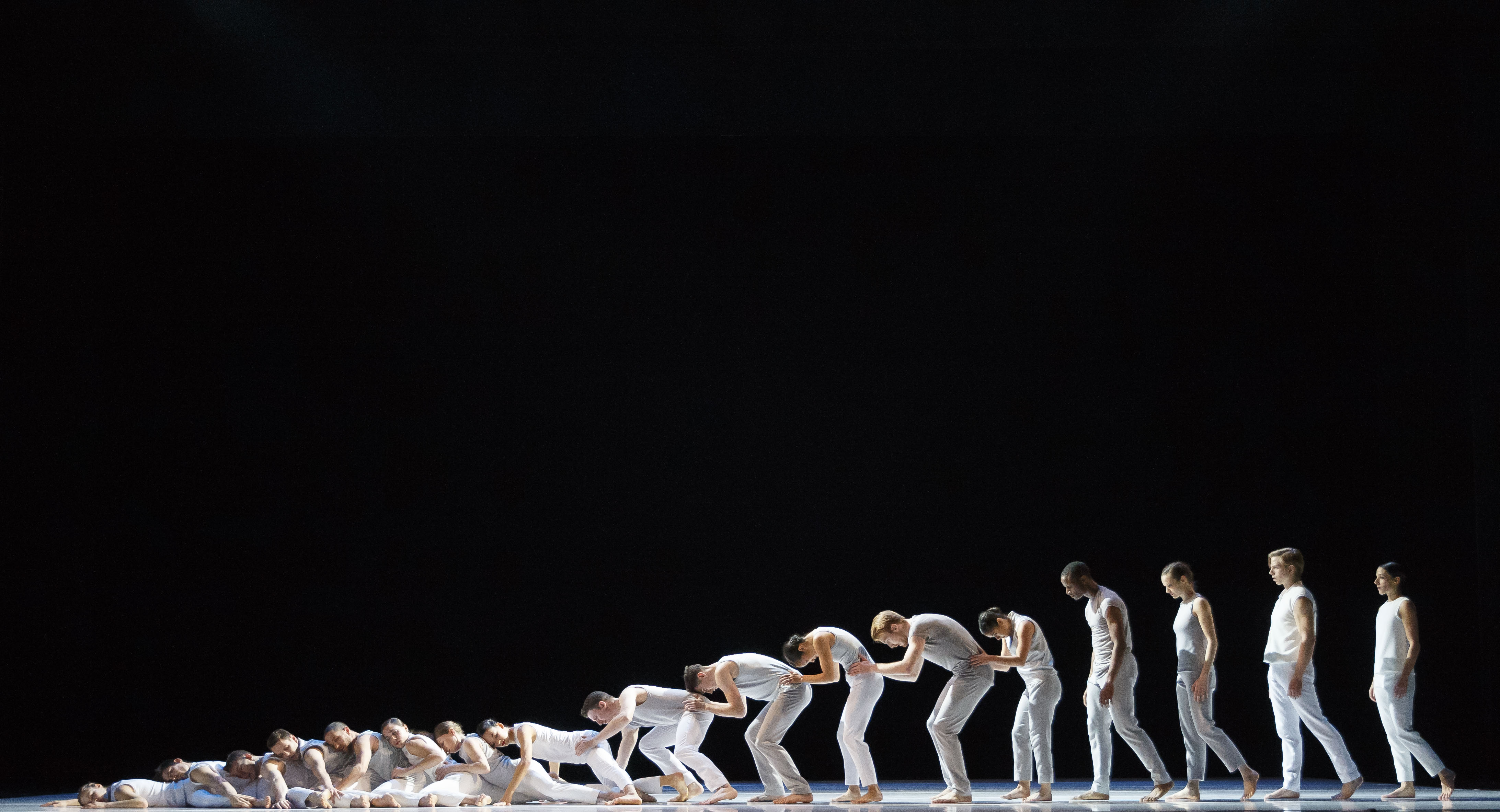 New York-based choreographer Brian Brooks technically finished his stint as Harris Theater’s first choreographer-in-residence, but he returned to Hubbard Street Dance to revisit “Terrain,” the piece he created for the company at the outset of his three-year appointment, and which appears on the Summer Series program alongside favorite repertory works by Crystal Pite and former Hubbard Street resident choreographer Alejandro Cerrudo. The revision of “Terrain” bookends Brooks’ tenure of intensive dance-making in Chicago, and audiences have the good fortune to see his work with Hubbard Street again. “Terrain” boils across the stage with the full force of nature and mathematics unleashed. Chaos and order tumble endlessly, chains link and break, molecular bonds form and stretch, pulling the eye pleasurably hither and yon. Brooks sat down after a rehearsal to discuss the revision of “Terrain” and his own evolution through his residency.

Why did you choose to make changes to “Terrain”?

Hubbard Street wanted to renew and extend the license for this work and approached me about continuing it. I see it as the final gesture of my work for the Harris. Hubbard Street has changed in size, so it was first a discussion about making something for a smaller number of dancers. Originally a composer I work with quite a bit, Jerome Begin, wasn’t available. He was available now so we’ve commissioned him to write a new score.

Every time I remount a work, I make a lot of changes. I’ve had some pieces audiences see year after year that haven’t changed, but people will come up and say “I love the changes you’ve made,” and I’ll tell them, “No, I haven’t changed a step.” From my point of view, I feel like dance is a present-tense art form. It involves linear time and it is experiential; these are all components that can be used in the choreography itself. Every time I revisit a work, I consider the dancers who are there and how they’ve changed, how the audience has changed and how our life experience has changed. So even if I don’t change anything, people will see it differently. At its best, the performance has become a reflection of a real human experience and a real art-making experience. All of those reasons have led me to revisit the work and to talk about it. It’s very much based in and will look like the first work, but I think I changed over the residency.

How do you feel you have changed?

I had my first major company commissions through this residency. And I’ve been working with companies that have buildings and schools and huge staffs. Getting to work this way has been a model for me running a small company in New York. It’s also been hard to make work at a fairly rapid pace. It’s been uncomfortable and scary at times, trying to function in a way that is more scrutinized. And presenting work to audiences that don’t know me. Year after year I’ve been identifying who I am and what I do as an artist. I’m working with a lot of new scores; working with a composer is something I do in my company. This has been an incubator for me to further that and take it to new levels. Also, having to work with dancers who are not familiar with me and to work quickly. Figuring out how to speak to dancers in a clear, quick and decisive way. To have to practice that over and over has been a fabulous, challenging experience. I have more comfort now going into unfamiliar situations.

How has the experience been working with different dancers in Hubbard Street than you did three years ago?

This company is astounding, so it’s been really good. It’s interesting because people who were in the work before are doing it differently than people who are new to my work. That was surprising to me but also exciting. With this company I went crazy with partnering: organisms, communities. This group has been amazing and generous with that. The work is challenging in many ways physically and mentally, I’m asking a lot, and they’ve been talking with each other about community and cooperation and they’ve used this to make their ties stronger. I’ve enjoyed being a part of that and that they’re making it a part of their overall year. I don’t think it would necessarily happen with every company.

It looks incredibly challenging. The complexity of the relationship between the music and movement is really astounding. I feel for people seeing dance—as I often do, but especially just now: you sit in the seats and watch it once and that’s it. After watching a run of this rehearsal I wanted to ask, “Okay, can I see that again sitting on this side?”

It’s very dense. And it exists in all dimensions.

I like the density and urgency and chaos. I feel in the world and in my life urgency and chaos. The rapid pace and overlapping of events is exciting to me. Trying to create force, but find underlying brushstrokes and arcs that carry you through as well. It’s purposefully dense, but I know a lot will be missed. Part of it is what is lost. Structures are eroding as quickly as they’re built so I’m happy to hear you say that too, I’m trying to propel it at a speed you can’t quite keep up with it. It’s supposed to be constant disintegration of things.

But it has a cohesion. It feels like running on a log, but you don’t fall off. Can I ask you about the title? The image of terrain is so two-dimensional. Or maybe that’s because I’m from the Midwest.

I’m so tortured by titles all the time. I battle with them because they give you a clue to the work. We have this idea in the music and choreography of time-lapse, watching things grow and recede. It is environmental and it’s spacial studies for the dancers. Terrain feels a little static and the work is kinetic. I’m questioning changing the title, but the thing I like is the juxtaposition as well. I hope a title gives you a clue in, but allows you to wonder broadly around the work. (Sharon Hoyer)