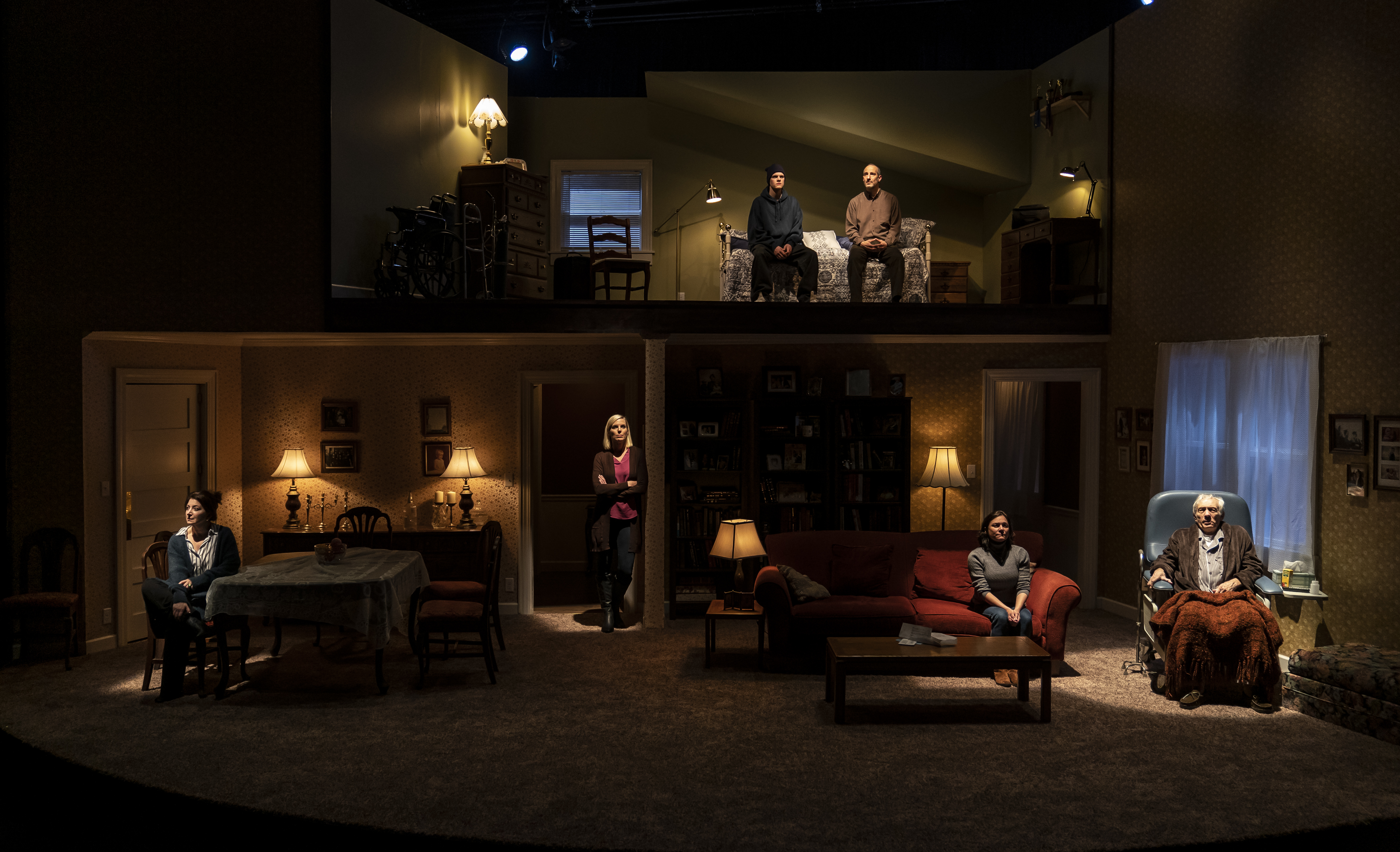 The cast of “If I Forget”/Photo: Liz Lauren

When it comes to history, there is a price for forgetting and for remembering, as illustrated in “If I Forget,” the latest from Victory Gardens. Focusing on three Jewish siblings who come together to celebrate their elderly father’s birthday, this complex and funny story examines the meaning of heritage, legacy and family. Although set in the 2000s, in the growing shadow of another Bush presidency, the painful loss by Gore amplified by “hanging chads,” we find ourselves in familiar, contemporary and terrifying territory.

Moody brother Michael (Daniel Cantor) is an ivory-tower elite academic on the cusp of receiving tenure at his university. The script leans too hard on the hoary and simplistic “emotionless science-based atheist” trope, but Cantor’s sophisticated characterization and the details of his journey save the storyline from being one-note. When Michael’s inflammatory new book leaks, it draws public criticism and blowback from student activists on campus. Predictably, Michael blames the students for being too “PC,” unable to fathom that his provocation might be at fault or that the institution of academia might be fundamentally compromised, having permanently abdicated its commitment to free speech long ago when it latched firmly onto the teat of corporate wealth and excess.

Compounding matters is that Michael’s book traffics in some of the most controversial theories surrounding modern-day Judaism and its relationship to politics, power and conflict. How does a family reckon with one of their own believing and promoting ideas most often perpetuated by anti-Semites? Where is the line between self-critique and self-hate? How does a family grapple with the ultimate betrayal? One of the many strengths of this show is its ability to demonstrate how academic analysis can become abstracted and how there is ultimately no replacement for the lived experience. How can we truly understand the past once all of the witnesses are gone?

Sisters Holly and Sharon (Elizabeth Ledo and Gail Shapiro) delightfully round out the sibling dynamic. When Michael asks “Do I have to take sides?” and Sharon replies “Yes,” it draws a hearty laugh from the audience. Scenes of women shouldering the burden of caretaking, coming together in a crisis to handle business will resonate with anyone sandwiched between raising children and being responsible for aging parents. David Darlow and Alec Boyd’s characters serve to counterbalance each other: the reflective grandfather who experienced the unvarnished liberation of Dachau and the naive and disrespectful grandchild, shielded from all the problems of the world.

Keith Kupferer and Heather Townsend play Howard and Ellen, the in-laws, doing their best to stay out of the family cross-fire, until the inevitable tipping point. A subplot involving Ellen and Michael’s daughter is poignant and painful. Another subplot about a family-owned property carries an impressive amount of storytelling weight, touching on themes of gentrification, privilege, history, nostalgia and the intersection of whiteness and Jewish identity.

Please, do remember to see this tour de force before it closes. (Sheri Flanders)