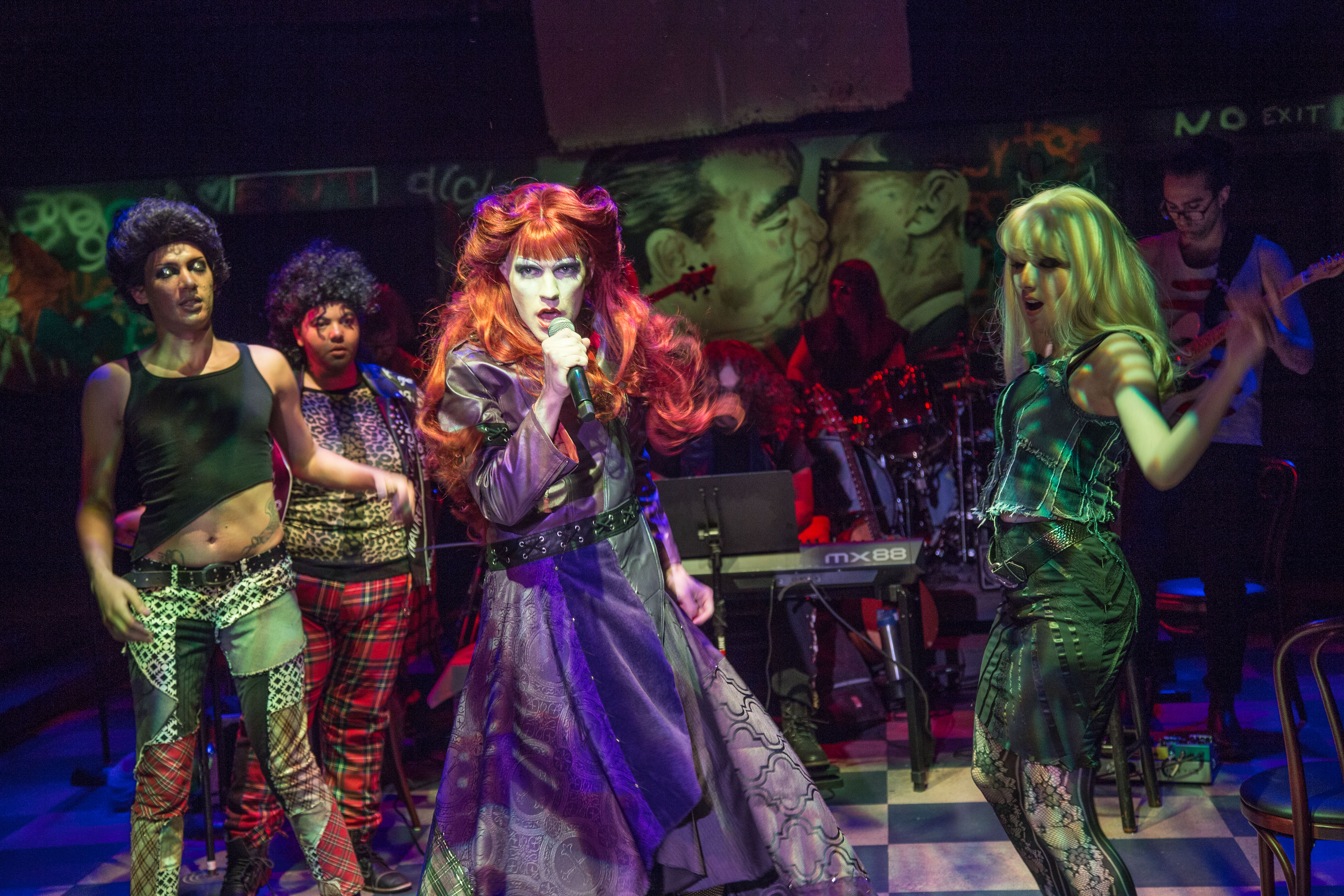 Theo Ubique’s hyper-intimate and well-realized production of “Hedwig and the Angry Inch” is as good as anything the company ever performed south of Howard, which is high praise when you consider the consistent quality of their work at their former digs. Director Toma Tavares Langston’s staging, which features actors regularly rubbing elbows with the audience, is reminiscent of what was regularly offered in the company’s previous home in Rogers Park. The only thing missing are the view-obscuring poles.

The musical begins with Hedwig introducing herself to the audience with the off-putting confidence of a washed-up diva. Hedwig may have seen better days, but she is still able to command the stage in what is presumed to be the most rundown venue in Evanston. And why exactly is Hedwig so desperate to play here? Perhaps it has something to do with her former lover, Tommy Gnosis (Jacob Gilchrist, also capably playing several other roles), who had a recent splash in the news following a dramatic car crash, partially caused by Hedwig plying Tommy with drugs and sex.

Tommy is actually performing at the same time as Hedwig but at the much more enviable venue of Wrigley Field. Joining Hedwig is her long-suffering husband Yizhak (a very engaging Brittney Brown) and the Angry Inch band, which fuels this production through high-octane performances that never take their collective foot off the pedal. Together, they tell the story of Hedwig’s breakup with Tommy as well as her long and torturous journey from East Germany to Junction City, Kansas, which required, among other things, an act of genital mutilation (the “angry inch” between her legs).

The true anchor of the production is Will Lidke’s performance in the lead. Beyond perfectly capturing the glam-rock sensibility of seventies David Bowie, he also projects enough vulnerability to make the manic closing scenes (which feature a nearly naked Hedwig in the throes of a breakdown) completely accessible. Hedwig’s return to the stage becomes a relatable triumph, one that got me and the entire audience to unabashedly wave our hands back and forth to the tune of “Midnight Radio.”

It has been a long time since I left a theater feeling that good. (Noel Schecter)