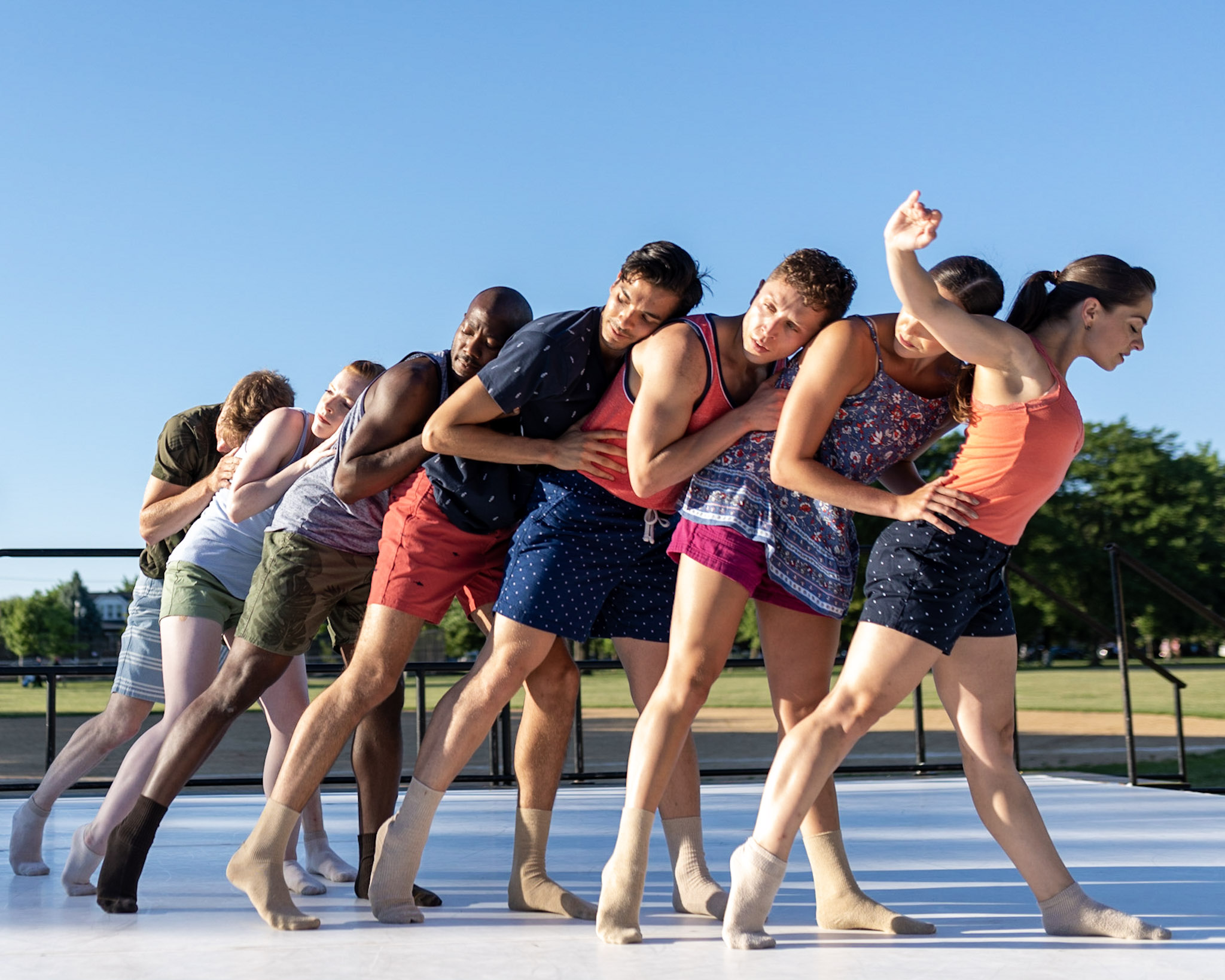 When Katie McCann moved to Chicago in 2004, she brought with her the kernel of an idea from Lexington, Kentucky, where she had performed with a ballet company that staged free shows outdoors in the parks each summer. “It was so fun,” McCann says in a phone interview. “People showed up with kids, dogs, picnics, it was a well-established tradition. And it was sweaty and humid and hot, but really fun. The way the audience interacted—even with classical ballet—was so different. I loved that. We could see them while they could see us; it took away that idea that dance has to be a formal event.”

The expansive Chicago Park District and the off-season for Chicago’s large, diverse dance community inspired her to organize a similar series in her new home. 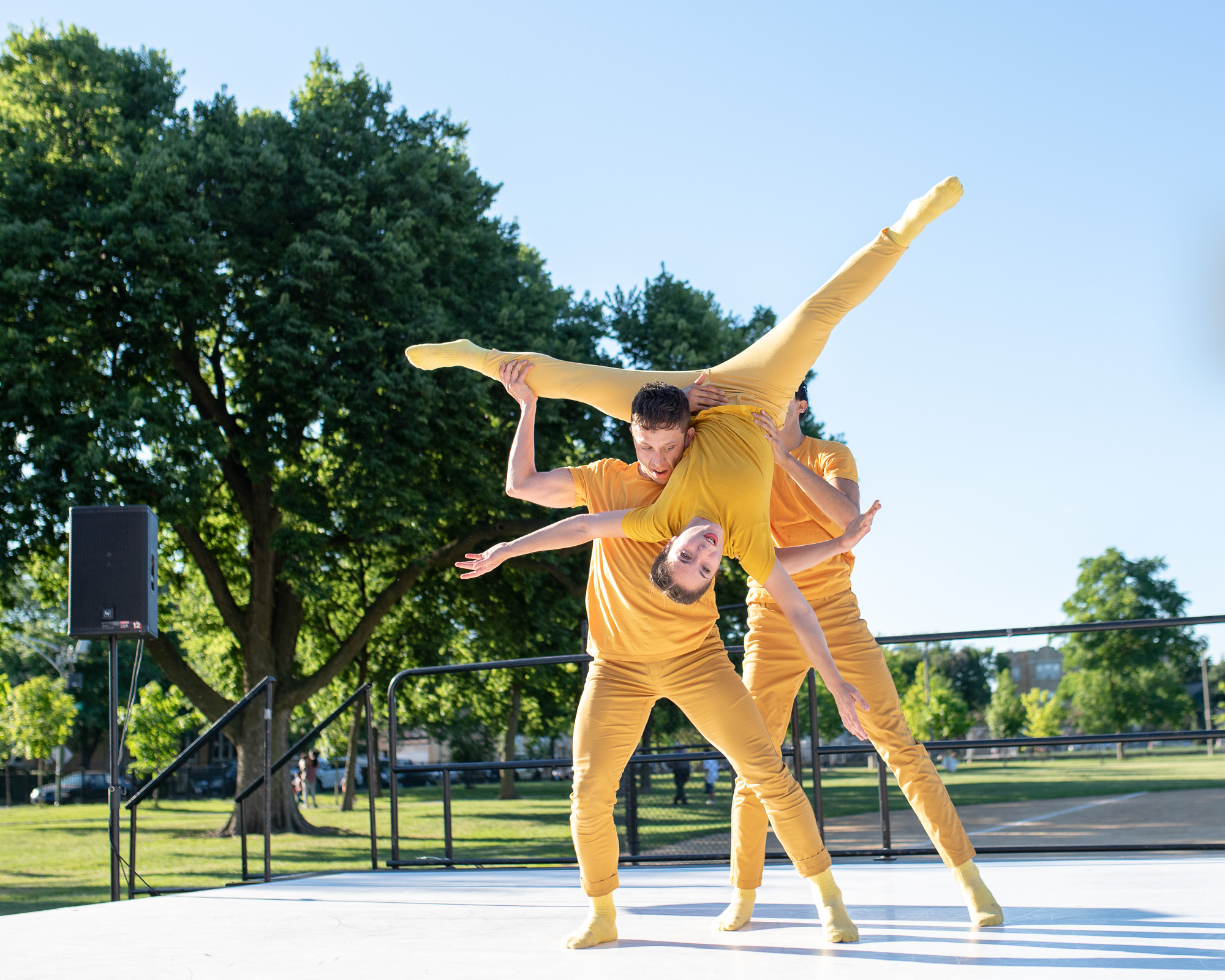 McCann took a little time to get grounded, sought out meetings with the Park District, and by 2009 she had created a small summer-season company that, in year one, scheduled four performances in parks around the city (only one of which got rained out). “We begged friends to choreograph and dance,” she says. “We paid, like, a penny. It’s grown since then and it’s something dancers look forward to.”

Now in its eleventh season, Dance in the Parks has grown into a staple of the Park District’s free cultural programming, alongside beloved series like Movies in the Parks, Night Out in the Parks and Shakespeare in the Parks—high-caliber, everybody-friendly events that make the long-awaited Chicago fair weather all the sweeter. And with the loss of the Chicago Dancing Festival in 2016—a free summer series of world-class dance that ran in downtown venues the last week of August for a decade—Dance in the Parks is helping fill a void of professional-level dance shows that everyone can afford to see. And in terms of accessibility, Dance in the Parks does one better, bringing performances to Chicagoan’s back yards.

This year, Dance in the Parks will perform free concerts in fourteen neighborhoods, touching parks on the far reaches of the city grid, from Calumet to Jefferson. Looking at a map of July events, it’s clear that, for a local outfit, Dance in the Parks really is a touring company. When I asked how locations are selected, McCann says it’s a mix of reaching new neighborhoods, returning to ones they’ve visited and logistical considerations. “Some places have been more successful and we try to go back there. The District has parks that have asked for dance programming. We look at where we haven’t been and where can we fit the logistics of our show. We use the Park District’s stage and sound system and some of the little parks don’t allow for the set-up. We look if there’s dance in that community, but a lot of time professional dance doesn’t take place. Most professional dance winds up being downtown or on the North Side.”

The program features seven dancers with two apprentices, performing original pieces commissioned by eight choreographers. The company works fast and with high intensity over a couple short months; at the time of writing, about five weeks out from the first show, the dancers had just started to rehearse. The roughly hourlong performance by the Dance in the Parks company is the same at each location, but programs vary. Each includes performances by youth companies from the neighborhood—Piotrowski Park Dance Team will perform in La Villita Park in South Lawndale; Ayodele Drum & Dance and Praize Productions will perform in Sherman Park in Newcity; Yin He Dance will perform in Ping Tom Memorial Park in Chinatown; and Hyde Park School of Dance will perform in Kenwood Community Park. Attendees not only get to see free performances by a professional company, but equally important, dance happening in their own neighborhoods, in youth training programs across styles and cultures. And at each performance, Dance in the Parks gives away tickets to fall season shows donated by dozens of Chicago companies, from the Joffrey, Hubbard Street and Giordano, to smaller groups like Chicago Tap Theater.

McCann is pleased with the success and growth of Dance in the Parks. “People now look for us,” she says. “I’m so proud of the fact we’re going to new audiences, but people also come find us. I feel like we’re reaching the people we’re trying to reach.”