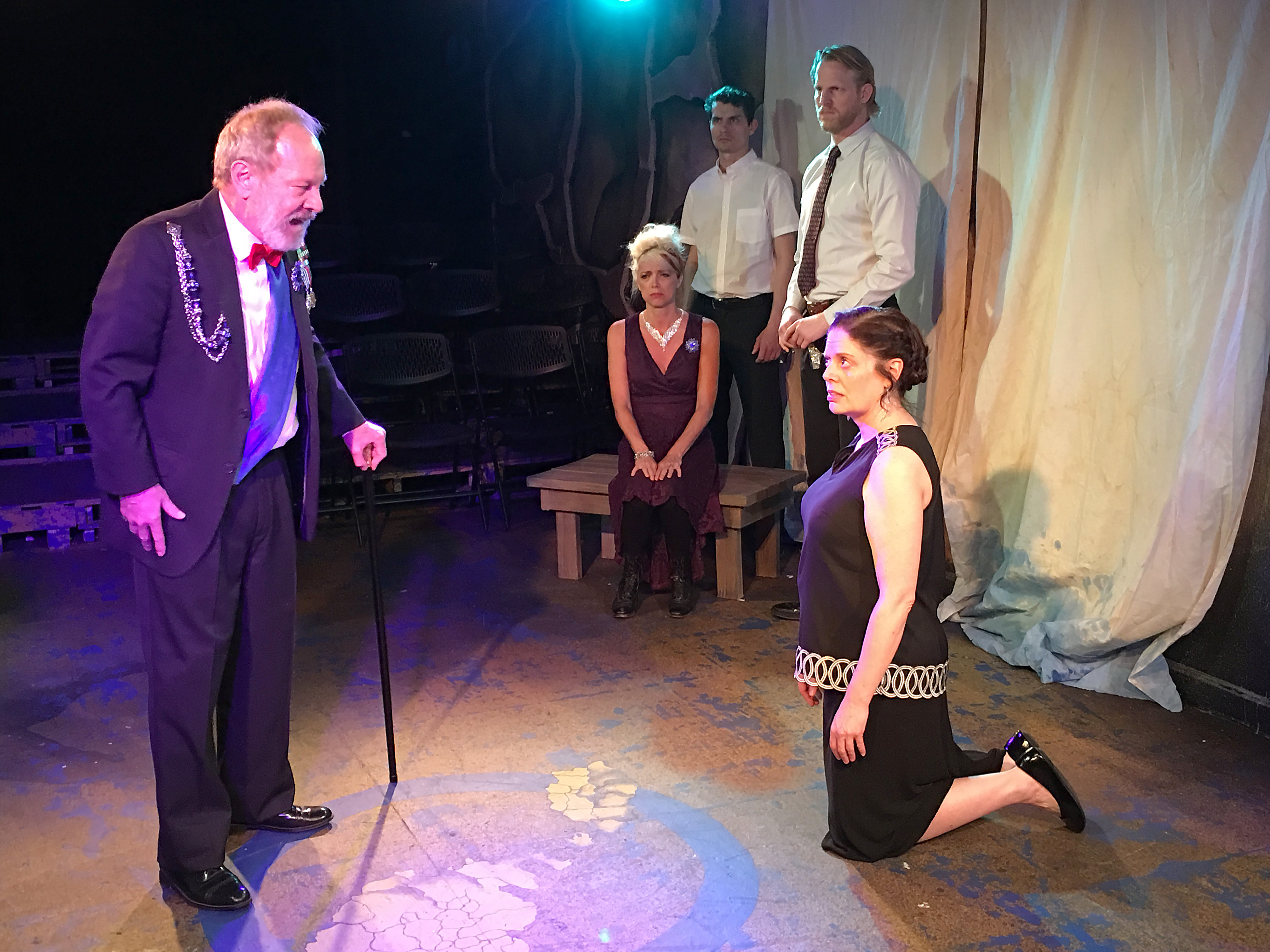 In our present context, it’s difficult to watch “King Lear,” Shakespeare’s 1606 tragedy, as anything other than a patriarchal anxiety dream: an aging king divides his kingdom among his three daughters, assigning to each a portion in proportion to her professed love, intending that they should tend to him as well as his former domain. Yet he’s vain and easily taken by the honeyed words of his elder daughters, banishing the third, who really loves him, with nothing when she can’t play his game. Madness follows bitterness when he discovers you can’t keep authority after you’ve given it away and that women who snatch at power are also powered by their snatches. (Subplot: are bastards really bastards?)

Written not long after James assumed the throne of England and under his sponsorship, “King Lear” is consumed with themes of succession, territory and betrayal, yet ultimately sides on political conservatism, as allegiance to a king, however mad, is portrayed with more sympathy than the rise of a new, dynamic, ball-breaking women-led regime, extending England’s territory to the continent by a last-minute twist alliance with Cordelia in France. (What? It could happen.)

Redtwist’s production, directed by Steve Scott, doesn’t go there and it’s okay because Lear, even played straight, has, to this point, stood the test of time as far as Shakespeare’s tragedies go, aided by magnificent speeches, heartrending acts of passion, and one of his oeuvre’s top fools (here played with sad knowing by Liz Cloud). Brian Parry as Lear and Darren Jones as Gloucester are equal winners in the Most Tragic (Yet Somewhat Deservingly So) Dad competition. Cameron Feagin puts her blazing eyes to good use as the noble, misunderstood Earl of Kent. Jacqueline Grandt (Goneril) and KC Karen Hill (Regan) squabble and strut like the entitled heiresses they are. And Mark West (Edmund) and Devon Nimerfroh (Oswald) are thoroughly detestable B-plot villains.

Despite an incomprehensibly deployed set design of painted bed sheets covering what might be a topographic map, for the quality of the acting, which lights up every syllable of the text, this is no doubt some of the year’s best Shakespeare. (Irene Hsiao)