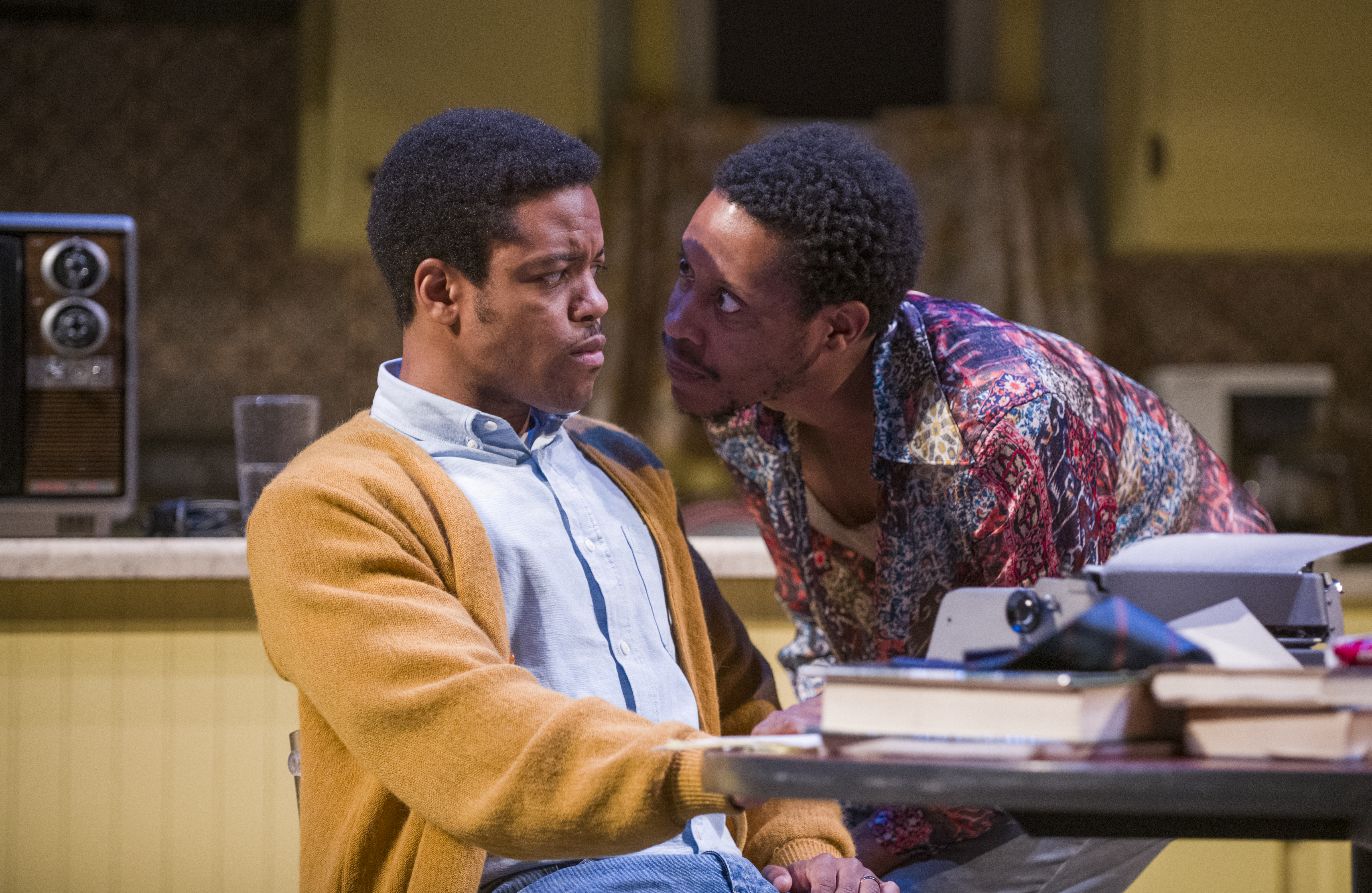 Look, I’ve never read Sam Shepard’s “True West.” I went to college, got a theater degree, a creative writing degree, and spent five years in storefront theater and arts journalism. I never read it or saw it.

The sketches of economic and artistic privilege, of freedom and societal constraints sit on the top of the page; the tension of the brothers and what desertion feels like from one angle and what it looks like from another is a story, potent and dangerous, even though it still suffers from Shepard’s diet-edition misogyny.

Talents Jon Michael Hill and Namir Smallwood struggle and strain marvelously as the brothers, Austin and Lee, but Steppenwolf’s production is devoid of the piano-wire tension necessary for the emotional stakes to snap. The moment-to-moment work  is convincing: the restraint Hill’s built into his persona contrasts sharply with Smallwood’s detailed performance of near-unhinged menace. I believe in both of them.

But this menace doesn’t build. Nor are the stories of the brothers explored in more than a psychological realm. From the top, Lee is allowed to express violence through sequences that, while impressive in an acrobatic sort of way, offset the danger from the rest of the show and are restrained enough to feel choreographed.

That’s not a call to make these sequences more dangerous. I’m thinking about tension and under what conditions it manifests: discomfort, the unspoken, fear, threat. It’s this invisible connection that fails ever to exist in the room. Each story and concept feels independent without collision or intersection of any sort. In this way, we see a show that succeeds in short, but is no more than the sum of its parts. (Jay Van Ort)