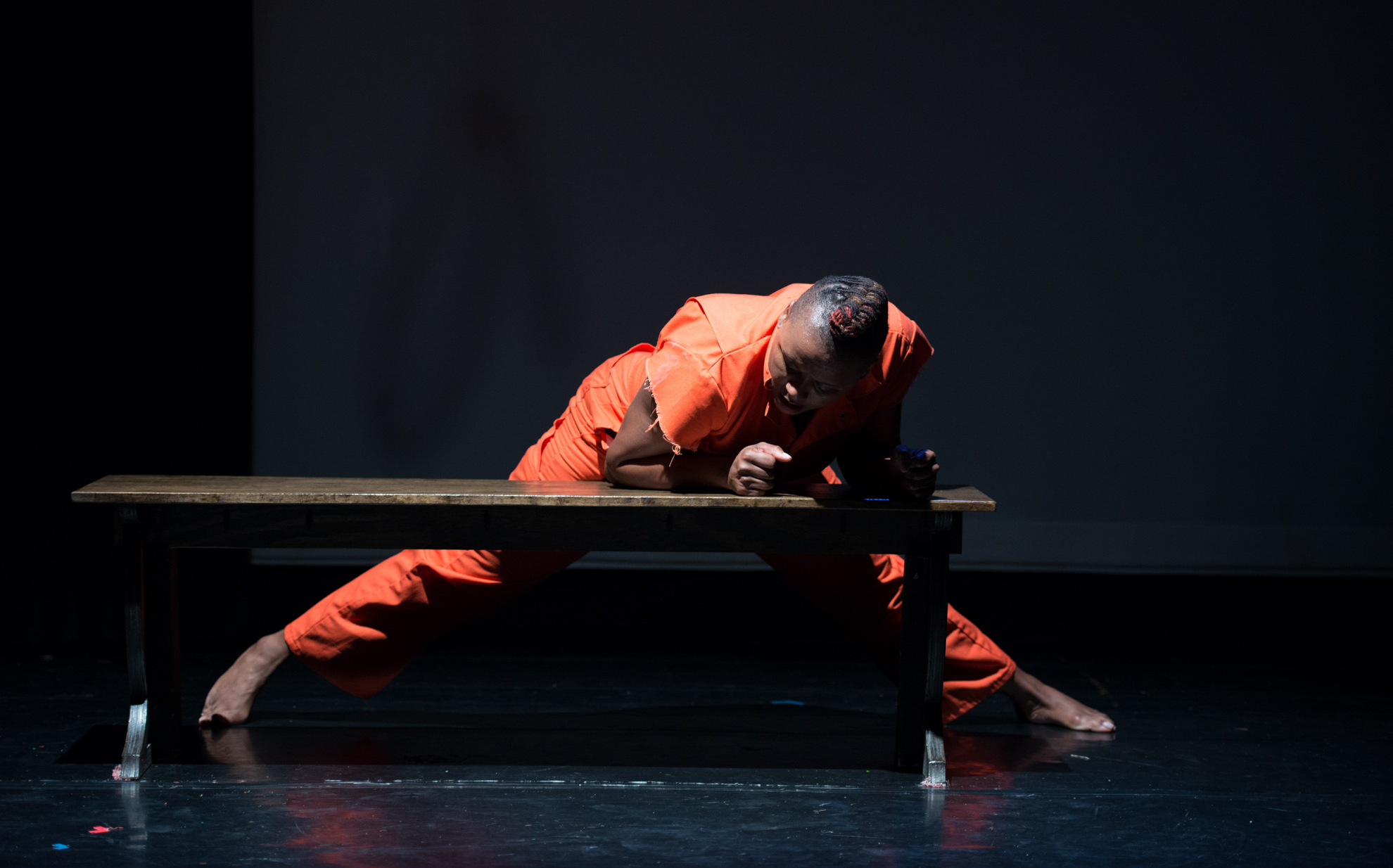 The role of the artist in society is one of perennial debate. Perhaps it’s to hone attention to the innate beauties of the world, to challenge established aesthetic sensibilities or to imbue greater meaning of the ordinary or extraordinary.

Or, as in the case of Red Clay Dance, it’s to wage art as a change-making tool against injustice and oppression. Whether Red Clay mobilizes on the stage, in the community or in the classroom, their mission to catalyze progressive action through social justice art and performance creates awareness and provokes significant engagement on individual and collective levels throughout the Chicago community.

Red Clay director and founder Vershawn Sanders-Ward, who was recently named as a Chicago Dancemakers Forum Lab Artist, employs the term “artivist” to describe the specialized role that she and her company members play within their capacities as performers, educators and community liaisons. An artivist “merges commitment to freedom and justice with the pen, the lens, the brush, the voice, the body and the imagination,” according to artist and scholar MK Asante. “The artivist knows that to make an observation is to have an obligation.” In a recent interview, Sanders says that  she is “always looking for ways to bring out professional artists and the engagement that we do on the stage into all of our education programming. Artivism is a term that Red Clay has amplified in Chicago. We see our work as artivism and our performers are artivists. We think about what does it mean to be an artivist and how do you make or shape someone into that?”

In Red Clay’s signature educational initiative, “Making An Artivist,” company members embody Asante’s call by engaging program participants to analyze and employ their sense of self, personal agency and intrinsic power to become future artivists themselves as a means to connect to and inspire positive change within their respective communities. Employed within a range of settings, including recurring workshops at Fuller Park on the city’s South Side, this movement-based program’s distinctive impact is perhaps best felt in its implementation at the Cook County Juvenile Temporary Detention Center (JTDC) in the Tri-Taylor neighborhood.

Cook County’s JTDC is one of the world’s largest youth-incarceration facilities and houses kids age ten to sixteen who are awaiting trial or who have been convicted of a crime and are by law too young to serve time in an adult prison. According to the Cook County Court website, women of the Chicago Hull House and the men of the Chicago Bar Association joined to reform juvenile justice in the city when it was established in 1899. When a formal, three-story residential center was erected in 1907, the Chicago Juvenile Court building was the first facility of its kind in the nation. A larger building was constructed in 1973 and the facility has since been known as the Cook County Juvenile Temporary Detention Center. After the American Civil Liberties Union filed and settled a class-action lawsuit against the county citing inadequate conditions of confinement in 1999, the center underwent significant leadership changes and since then, a series of infrastructural and programming improvements to enhance living conditions and well-being of residents. As part of its 2017-2020 strategic plan, the center prioritized its arts programs and its collaborations with community groups such as Red Clay Dance, which augments the center’s programs and services to improve the outcomes for youth housed within its facility.

The partnership between Red Clay Dance and JTDC grew out of a performance by the company at the center for National Women’s Month in 2013. After the engagement and at the request of female residents inspired by the performance and conversations surrounding it, Red Clay collaborated with the center to establish a program to build skills that prepare detainees for life after their release and to keep them from returning to the center. “We took some time away to brainstorm about what a curriculum based on that would look like,” Red Clay educational program manager Sara Ziglar says. “We ran a pilot program for about four weeks to see how the residents would respond to the program. It went very well. Based on that, we decided to launch a full program discussing the seven guiding questions: what is justice? What is the justice system? What role do I have inside of that system? What is my relationship inside of that system to myself and to my community? How am I able to use art and my voice to tell stories and affect positive change in this system that I live and move inside of?”

Each group, or “pod,” consists of six to twelve residents of similar gender, who work together and independently through a series of exercises using movement, other expressive arts, and dialogue to explore relevant themes. These simple exercises allow the participants to understand the roles inmates typically face in the detention center. In the workshop, the participants are given opportunities to develop self-agency through experimentation and problem-solving, in contrast to their daily lives as detainees, which are dictated by the power dynamics within the center. Red Clay teaching artivists take subtle measures to promote equity in the classroom and amongst all those present in the workshop, including the guards, who are invited to participate in each exercise along with the residents. After the ten-week program, Ziglar and her fellow teaching artivists have observed how the participants begin to embody the lessons taught, become more open to sharing their stories and feelings, and take on more physically relaxed body language as they realize that their words and actions matter.

According to Sanders-Ward, Red Clay is making plans to stay connected with “Making the Artivist” participants after the workshops conclude, to ensure the application of the lessons learned outside of the center. The company hopes to augment the JTDC program with a continuation program for participants from ages eighteen to twenty-four by way of community workshops in hopes that those released can continue to develop their artivism and become active members in the greater Chicago community.