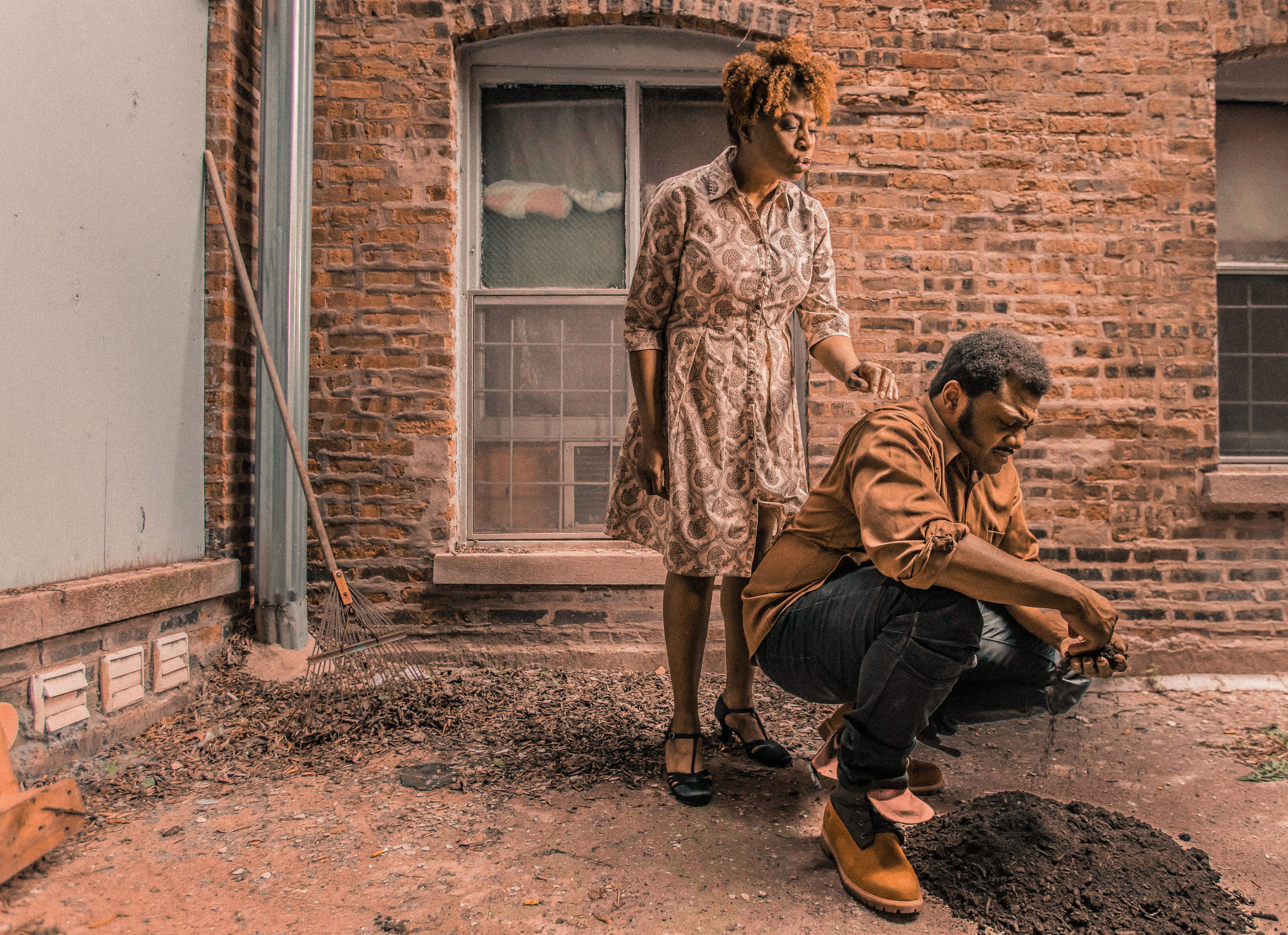 Like kids back from camp, the Chicago theater community emerges each September from the languid summer months in a mixture of excitement and high hopes, eager for the commencement of yet another bountiful season and the prospect of witnessing great art not only firsthand but first, period, as our city continues to deepen its commitment to new work of all kinds.

In order to better reflect this abundance and achieve our mission of covering Chicago theater in all its myriad forms and venues, we have expanded our annual Fall Theater Preview. What follows represents a comprehensive (although still incomplete) listing of this season’s upcoming performances, from classics at internationally recognized regional theaters to brand new work in unconventional and unexpected places and everything (we mean everything) in between.

Snatch your tickets. Grab your friends. And get yourself to the theater.

(For even more openings, check out our Theater Top 5: September 2019 as well as the Can’t-Miss Fall Theater selections)

Editor’s note: the show descriptions below are courtesy of the producing companies. All events listed are subject to change. Check each company’s website for details and confirmation.


Howards End
(Remy Bumppo Theatre Company)
Experience the journeys of three families as they search for love, purpose and connection against the tide of class, money and sex in this enthralling world-premiere adaptation of E.M. Forster’s novel by Chicago playwright Douglas Post.
September 1-October 5

Horse Girls
(Exit 63 Theatre)
An immersion into middle-school deception and lies, this dark, twisted play infiltrates the world of pre-teens, their obsessions, their insecurities, their selfies and their desperate need to find a place in the world.
September 5-22

Be Here Now
(Shattered Globe Theatre)
An atheist and misanthrope loses her job teaching nihilism in NYC and winds up working in a fulfillment center in her small hometown. Meanwhile, her recurring headaches get more intense, manifesting as ecstatic and almost religious experiences, changing her entire outlook and also possibly killing her.
September 8-October 19

Pakalolo Sweet
(Nothing Without a Company)
The second in Hannah Ii-Epstein’s trilogy of drug plays set on the North Shore of O’ahu, cannabis and culture collide in this unexpected and heartbreaking tale.
September 17-October 5

Vanya on the Plains
(The Artistic Home)
In a future totalitarian society, seventy-nine-year old Elijah convinces his friends and family to perform Chekhov’s “Uncle Vanya,” despite the fact that the younger members of the family have never seen a play and have no conception of acting.
September 15-October 27

Dana H.
(Goodman Theatre)
An innovative new work, based on a harrowing true story, itold in Dana’s own words and reconstructed for the stage by her son, playwright Lucas Hnath.
September 16-October 6

The Color Purple
(Drury Lane Theatre)
The heartwrenching musical is based on the 1982 novel by Alice Walker and earned fifteen Tony Award nominations, including the win for Best Revival of a Musical.
September 19-November 3

Mother of the Maid
(Northlight Theatre)
As hardworking and pious Isabelle Arc’s daughter ascends from farm girl to holy martyr, we follow the unexpected perspective of her proud, fierce and frightened mom in this deeply moving Midwest premiere about the glories and challenges of raising an exceptional child.
September 20-October 20 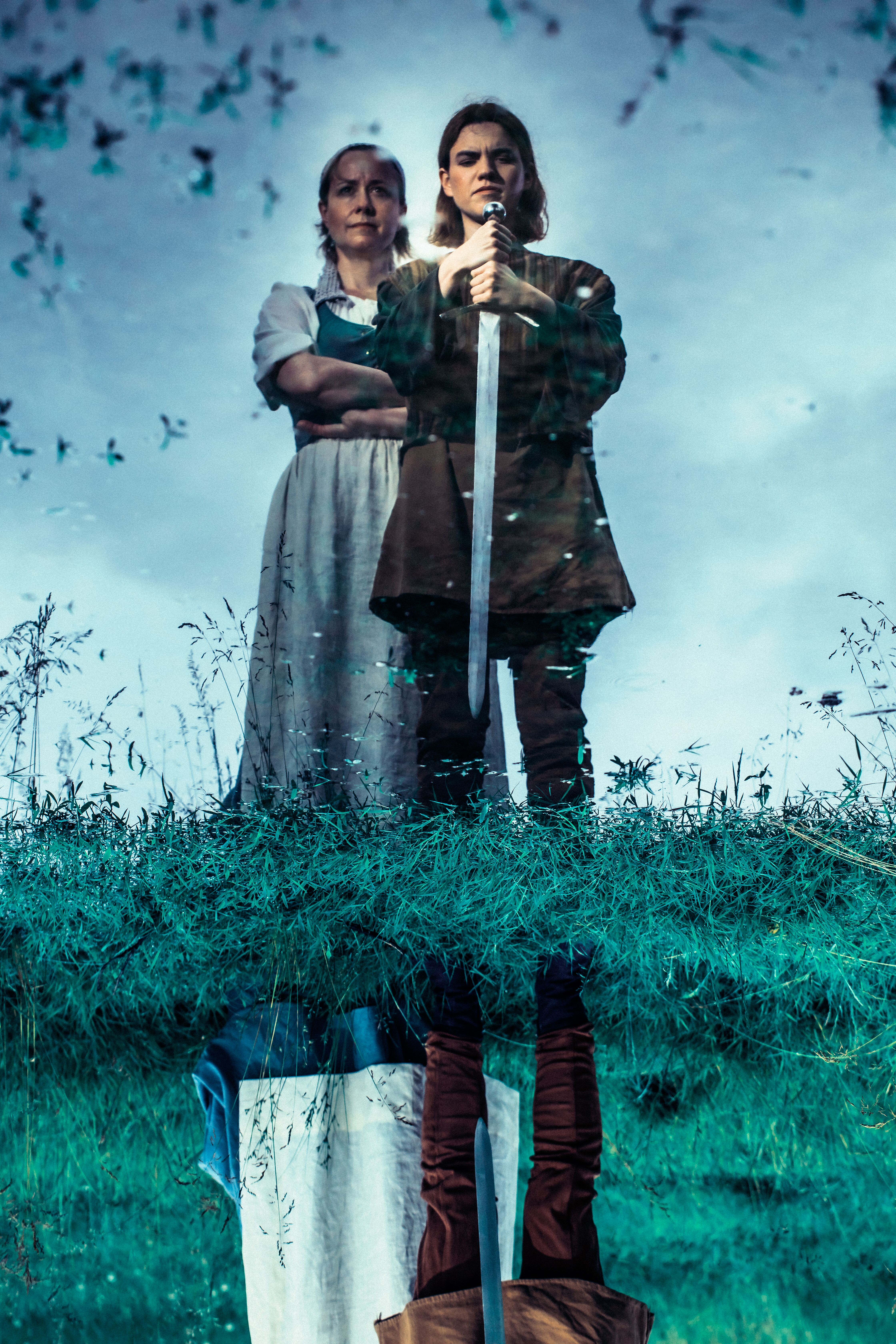 Kate Fry and Grace Smith in a promotional image for “Mother of the Maid” at Northlight Theatre/Photo: Greg Inda

The Raveling
(Walkabout Theater Company)
Inspired by true personal narratives of the performers, there is a living question for the ensemble in tracing something of where they each come from and asking what is needed for them to come together.
September 26-October 13

X
(Sideshow Theatre Company)
Billions of miles from home, a lone research base waits to receive another message from Earth. The crew attempts normal operations, but as the silence grows louder, the darkness outside the station creeps in.
September 26-October 27

Luna
(Filament Theatre)
In this newly imagined production, director Alejandro Tey and his team take families on an interactive journey on a search for friendship and belonging.
September 28-November 3

The Brothers Size
(Steppenwolf for Young Adults)
Returning to Steppenwolf for the first time since its celebrated Chicago premiere, Tarell Alvin McCraney’s fierce and honest look at the complex bonds of brotherhood weaves together poetry, music and Yoruba mythology to magnify the tug-of-war between freedom and the need to belong somewhere, to something, to someone.
October 2-19

Book of Peace
(Collaboraction)
A part of the 2019 Year of Chicago Theatre, this performance will include highlights from the company’s last five years of peace-focused work including theater, dance and spoken word.
October 4-6

A Man of Good Hope
(Chicago Shakespeare Theater & Isango Ensemble)
This magnificent music-driven production—based on the book by Jonny Steinberg—tells the true coming-of-age story of Asad Abdullahi, a young Somali refugee who fled his country’s civil war, only to find himself in a new, violent reality in South Africa.
October 4-13

Twice, Thrice, Frice
(Silk Road Rising)
In this world-premiere comedy, three Muslim women confront adultery and polygamy while friendship, fidelity and faith are called into question when one of their husbands marries a second wife.
October 13-November 10

Director’s Haven 5
(Haven)
Lauren Katz, Aaron Mays and AJ Schwartz will headline the next chapter of Haven’s initiative to showcase rising directors as they share their artistic point-of-view with the Chicago community.
October 14-30

The Effect
(Strawdog Theatre Company)
Hearts pounding, thoughts racing and sleepless nights. Connie and Tristan are falling in love. Or are they? Stuck in a clinical trial for an antidepressant, it’s hard to know what is love and what is the drug.
October 19-November 23

Grey House
(A Red Orchid Theatre)
A world-premiere horror play about the gravity of the past, and the cruel inevitability of its pull.
October 19-December 1

Proxy
(Underscore Theatre Company)
Nearly murdered by her best friend when she was a child, Vanessa is now an investigative journalist in a bind. She decides to do what anyone would do: exploit her personal story by disguising herself and interviewing her childhood best friend and attempted murderer.
October 22-November 24

Accidental Death of a Black Motorist
(The Conspirators)
A high-energy, high-style, hard-hitting satire skewering the culture of police violence and the complicity of the Code of Silence.
October 25-November 23

Latin History for Morons
(Broadway In Chicago)
The most totally unique show of the season reveals America’s unsung heroes, throughout past and present, all unforgettably told by Tony- and Emmy Award-winner John Leguizamo.
October 29-November 3

The Suffrage Plays
(Artemisia)
Celebrate the upcoming hundredth anniversary of the Nineteenth Amendment with an evening of three one-act comedies focused on the importance of voting rights for women.
November 1-24

Dead Man Walking
(Lyric Opera)
Based on real-life events, Jake Heggie’s music and Terrence McNally’s libretto explore the nature of friendship and forgiveness in the most profound ways in what is widely acknowledged as one of the most riveting operas of the twenty-first century.
November 2-22

Laura and the Sea
(Rivendell Theatre Ensemble)
A world-premiere comedy about depression, or: a treatise on travel agents who don’t travel.
November 4-December 8

Hoodoo Love
(Raven Theatre)
Katori Hall’s spellbinding, music-filled tale about the danger of our desires makes its return to Chicago in a production helmed by Wardell Julius Clark with music direction from Ricky Harris.
November 5-December 15 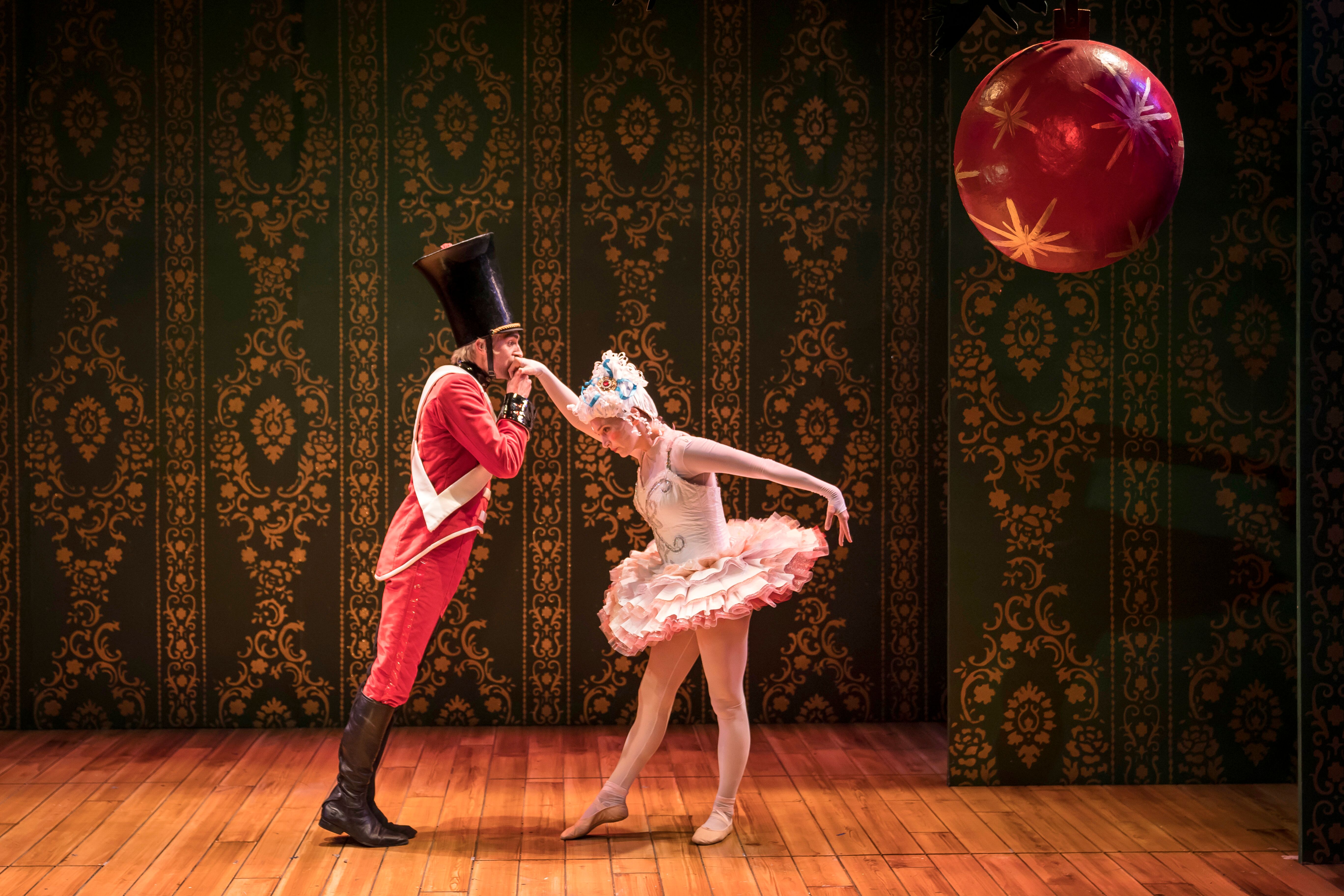 Packing
(About Face Theatre)
A solo performance from writer-performer Scott Bradley about a genderqueer vagabond leaving smalltown Iowa on a three-decade odyssey, reinventing himself through new identities across multiple cities.
November 7-December 7

Earth to Kenzie
(Lyric Unlimited)
When she and her mother have to move into a family shelter, Kenzie finds refuge in the world of video games alongside her avatar, Edwin. Through their imaginary space adventures, Kenzie dares to go farther than ever before.
November 9 & 10

Rutherford and Son
(TimeLine Theatre Company)
Playing on the conventions of the early twentieth-century with wit and creative edge, this rarely produced drama asks us to question if our “place” in life should be anything but what we ourselves determine it to be.
November 13-January 12

Corduroy
(Emerald City Theatre)
In this sweet adaptation of Don Freeman’s classic book, a small bear’s quest for a missing button leads to the friendship of a lifetime.
November 15-January 5

Peg
(Broken Nose Theatre & The New Colony)
In this co-produced world premiere, a couple must face their kinks, quirks and societal conditioning, as they’re quickly reminded that gender politics follow them everywhere, including the bedroom.
November 18-December 14


The First Deep Breath
(Victory Gardens Theater)
A world premiere by Lee Edward Colston II finds each member of the Jones clan desperately fighting to stay afloat and disregarding the caution that sometimes a family that stays together drowns together.
November 22-December 22 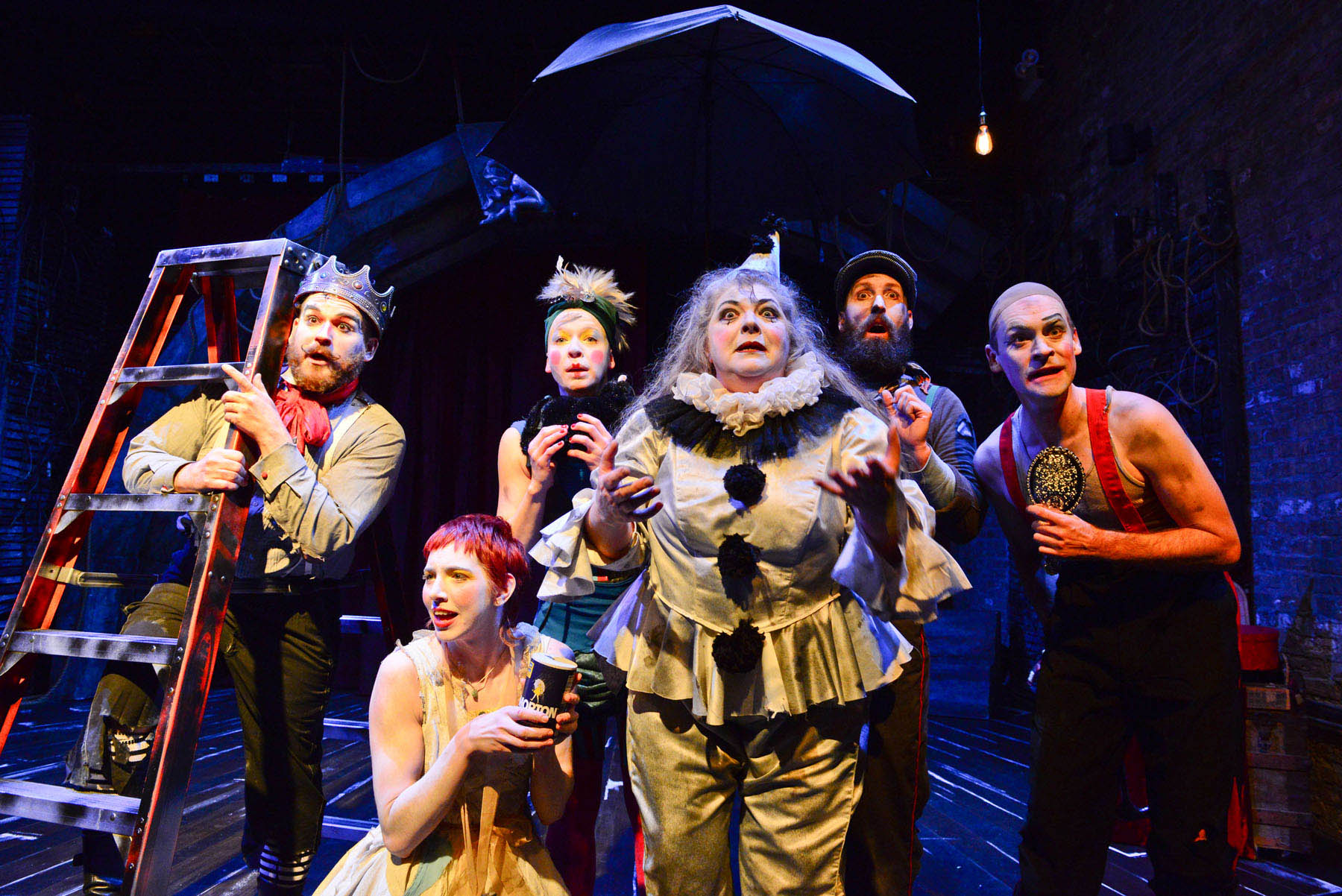 Burning Bluebeard
(The Ruffians & Porchlight Music Theatre)
A Chicago holiday tradition for many since its debut in 2011, each performance is a vaudevillian musical delight with a story that excavates the poetic and poignant remPains of a piece of our city’s rich history.
December 15-27

Working
(Theo Ubique Cabaret Theatre)
Based on Studs Terkel’s bestselling book of interviews with American workers, this freshly updated musical paints a vivid portrait of the men and women that the world so often takes for granted.
December 6-January 26

The Other Cinderella
(Black Ensemble Theater)
The music is divine, the dancing is wild and the story is uplifting, positive and infectious in Jackie Taylor’s musical classic that audiences have returned to see time and time again.
December 22-January 26