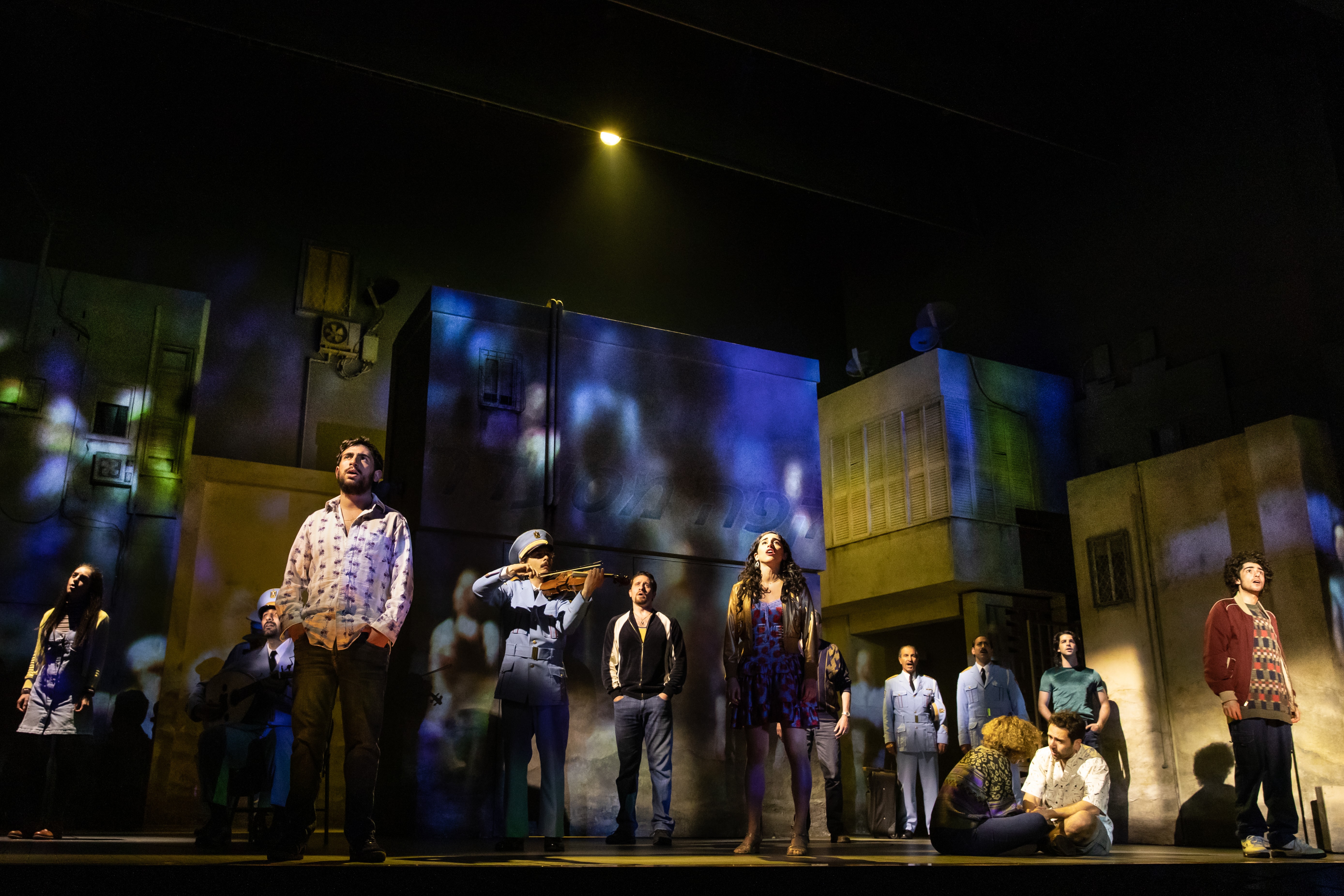 To me, the strangest thing about “The Band’s Visit,” the 2017 Tony Award-winning Broadway musical based on the 2007 Israeli film of the same name now in Chicago as part of its national tour, is that my dad is obsessed with it. He saw it five times in New York—he barely sees anything once—and even bought a baseball hat bearing the show’s logo, which is, to my knowledge, the only piece of theater merchandise he has ever purchased.

So what is it about the Alexandria Ceremonial Police Orchestra’s accidental trip to the Israeli town of Bet Hatikva (no, not Petah Tikvah) that has my father, and so many others, enraptured? The musical, in the grand scheme of things, exists in the realm of “slice of life” entertainment, capturing the briefest of moments in characters’ lives: not enough to witness any moments of massive import or transformation, but enough to see who these people are at their core, how they live, and what they most aspire to. A boy waits for a payphone to ring, a father tries to put his child to bed, two new friends walk in the park together. All the while, a bunch of Egyptian musicians meander around in unfamiliar territory.

“The Band’s Visit” exists between multiple dichotomies: it is about the non-events of life but ends up covering the mundanity of life in its entirety. It attests to being an apolitical story set in one of the most politically volatile regions in modern history. It is also, most critically, a deliberate, quiet piece of theater packaged inside the musical theater model, in no small part due to director David Cromer’s emotionally rich approach to the material. This is not to say that dramatic musicals that experiment with pace and tone simply didn’t exist before 2017, but the particular tempo that “The Band’s Visit” inhabits seems to be either fairly new, or, at the very least, a long-forgotten template of how to construct a musical.

Itamar Moses’ book is a pretty literal and fair adaptation of the movie’s screenplay. Where the true film-to-stage translation kicks in is with David Yazbek’s score and Cromer’s direction. Yazbek’s music is easily the strongest of his already storied career of adapting films to the stage. For him to have premiered this show and “Tootsie” within a year of each other puts the phrase “I contain multitudes” to the test. The final number “Answer Me” is a rallying cry of personal belonging that captures my heart every time I hear it.

For those who were lucky enough to see the show in New York, Cromer has magically retained the intimacy and human pace of the original show in the gargantuan Cadillac Palace Theatre. Sasson Gabay, as the band’s conductor, breaks hearts as a man whose desire to take great action in life has dried out. Chilina Kennedy as Dina, running the town’s small cafe, is yearning and desire incarnate and completely owns the stage. And alongside an altogether emotionally resonant ensemble is the band itself, who fill the air with music that will capture your heart and whose post-curtain call “concert” will have you leaping to your feet in applause.

In a moment where mainstream musical theater seems to be at a place where experimentation is once again at the forefront and where previously marginalized voices are getting the opportunity to craft the medium in order to tell their own stories, “The Band’s Visit” is a remarkable piece that celebrates Middle Eastern culture in glorious specificity. It is one of many examples of how the modern American musical seems to be evolving these days. And if you don’t agree, my dad will have a few words with you. (Ben Kaye)