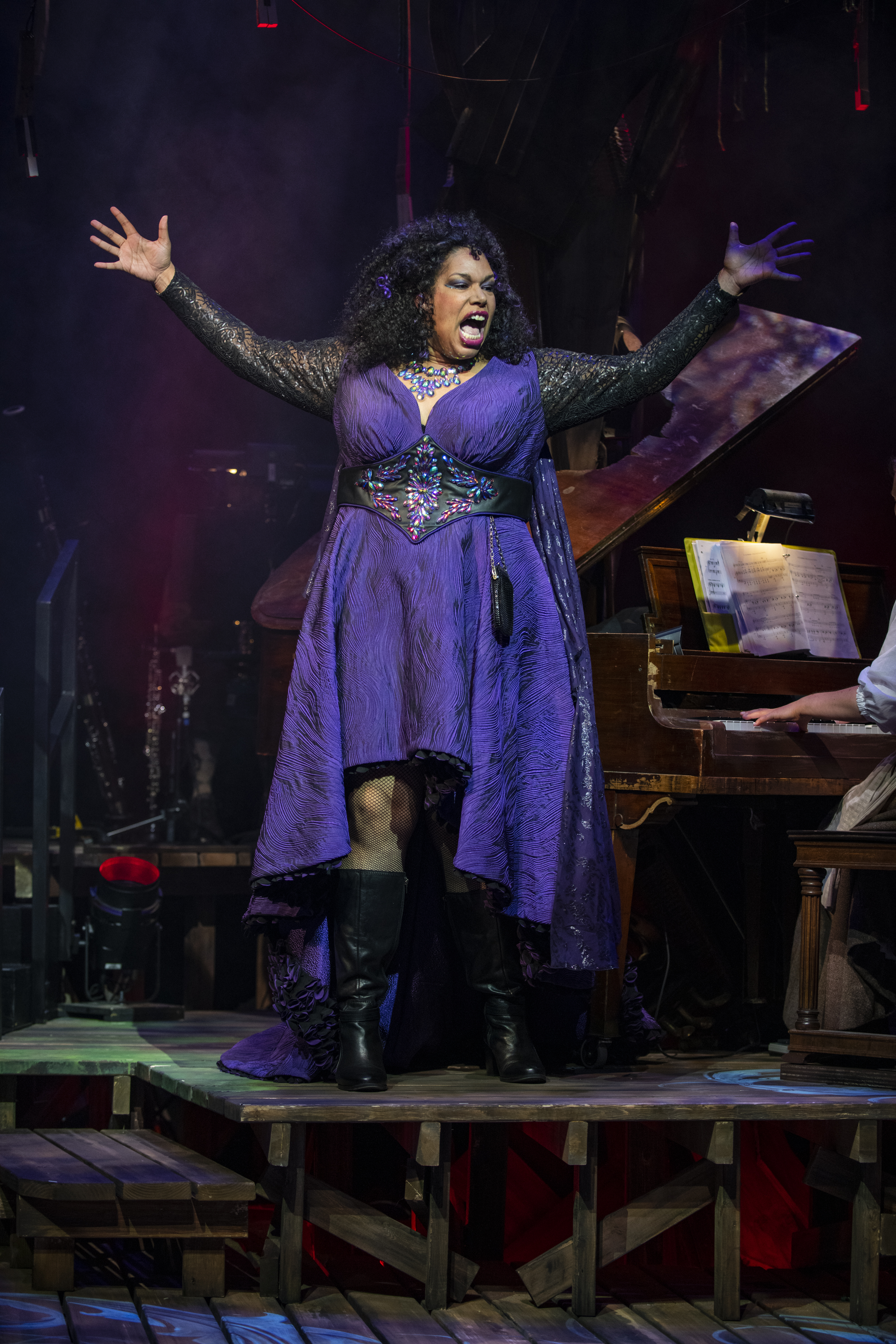 Far upstage center sits a hodgepodge of a tree. Built from disembodied chair legs and mismatched wood, this tree looms over the audience with an eerie grimace. It is gorgeous yet terrifying at the same time, much like the fairytales Stephen Sondheim rearranged thirty-three years ago to make his masterpiece, “Into the Woods.” At a time when our world is far from a fairy tale, the show is a much-needed reminder that what we do matters.

The show has been around for ages and is nearly three hours long, so here’s the short version: take “Cinderella,” “Jack and the Beanstalk,” “Rapunzel,” “Snow White,” “Sleeping Beauty,” “Little Red Riding Hood,” a story about a baker and his wife who cannot have children, and combine them all. Have them go on an adventure into the woods and toss a handful of mishaps at them. Place metaphor on top of metaphor until you have a meticulously crafted musical that includes a cow named Milky White to which productions tend to do injustice.

But not Writers. They gave Mary Poole a walker with cow hooves and she steals every damn scene she’s in. Poole is now the precedent for all Milky Whites going forward. And, for that matter, Bethany Thomas is the precedent for the Witch. Everything else could go wrong in any other production of this musical and those two would save the day every time. Paired with dynamic performers like Ximone Rose as Cinderella, Brianna Borger as The Baker’s Wife and Michael Mahler as The Baker, this cast is perfect. “Into the Woods” is a dense show with trippingly tight lyrics, stunning choreography needs (met by choreographer Aubrey Adams) and, in Writers’ case, a need to connect with audiences seated in the round.

Scott Davis’ animated set is a character on its own. Acting as both scenery and “the giantess is coming” soothsayer, Davis’ designs don’t take away from the talent on stage. In a show that could so easily get carried away by gratuitous design elements, this production perfectly melds the cast and creatives. They work wonderfully together, crafting a fractured fairy tale in the heart of Glencoe.

Contrary to what the 2014 Disney adaptation would have you believe, this isn’t a Disneyfied musical. Stuff goes wrong: some people die, others contemplate murder. Vengeance and greed rules, until it doesn’t. This is a fairytale for the modern age that has aged well. It encourages us to reach beyond our boundaries, learn from our mistakes, appreciate one another, accept that life is finite and recognize that everything (and everyone) matters. Coming from the man who dedicated an entire musical to presidential assassins, these are lessons worth (re)learning.

The lines “witches can be right / giants can be good / you decide what’s right / you decide what’s good” are painfully real in an age where we are all divided. It’s crucial to remember that the smallest word or deed can make or break so much. (Amanda Finn)