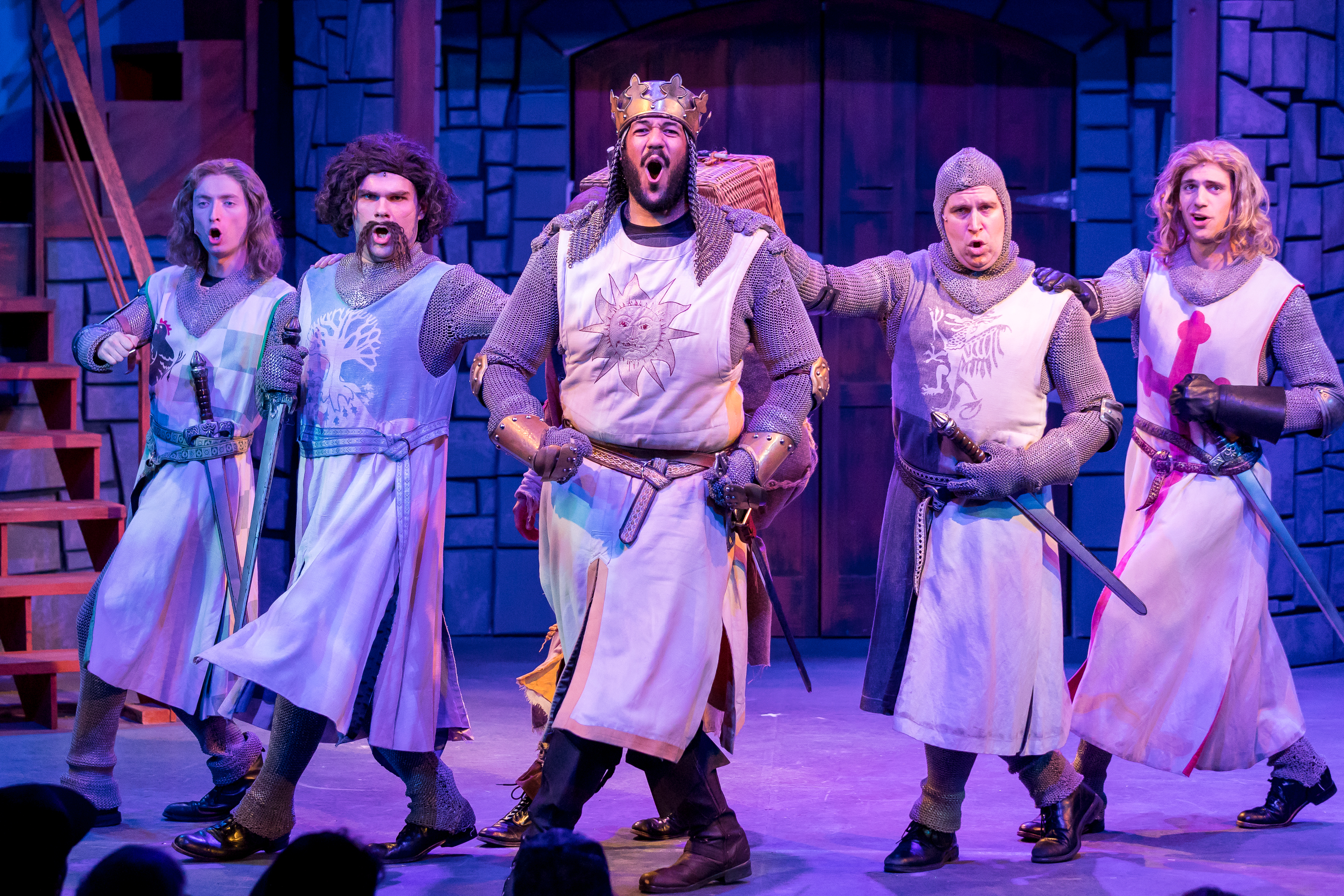 Long, long ago, in a time known as “the sixties,” a small group of British comedy writers came together and created a sketch comedy show that achieved cult status around the globe. Yea, these brave souls skewered icons of popular culture, politics, religion and basically everything else before the rest of the comedy world knew what hit them. Thus the silly antics of Monty Python lived on, and on, and we became fearful of killer rabbits. Fin.

A musical “lovingly ripped off” from these British comedy icons, “Spamalot” makes its triumphant return to Chicago, coconuts and all. Complete with original and not-so-original songs, Arthur and his Knights of the Round Table venture once more in search of the holy grail. Longtime fans will remember songs such as “Brave Sir Robin” from “Monty Python and the Holy Grail” with other songs like “Always Look on the Bright Side of Life” and “Finland” aka “Fish Schlapping Song” from other Python films.

If you’ve never seen “Holy Grail,” you’ll still enjoy this show, but you’d be advised to see the movie first so you can understand the multitude of “in” jokes. Because, believe me, audiences for this show will know all the “Ni!” jokes. These fans easily rival those of “Rocky Horror Picture Show” or “The Room,” though you won’t need a list of interactive activities or toast. Unlike other shows built from cinematic source material, “Spamalot” contains a lot without having a substantial plot. You could easily get lost in this sketch comedy-esque musical. But don’t worry about it, it really doesn’t matter.

Just ask Camelot’s resident diva Meghan Murphy, who plays the Lady of the Lake. If you’re worried about catching up with the story, you’ll certainly perk up when Murphy’s voice fills the room. Every song she’s featured in will become your new favorite. Her range is impeccable and her comedic chops made me want to stand up and shout, “This is why Python needed more women!” In a show that has so few parts for women (and “few” is a polite term) it’s easy to forget about the disparity with Murphy at the helm. Her presence (and gorgeous costumes by Tim Hatley) make her the show-stopping number.

My qualms with the lack of named female roles in the show is not a slight to the women kicking ass in the ensemble or the other fellows on stage. Mercury Theater’s cast is one for the books. From Jonah D. Winston’s delightfully charming King Arthur to Adam Ross Brody’s trio of characters including Sir Robin, who just wants the glamour of knighthood without all the killing, “Spamalot” is a no-holds-barred good time show.

This is not a show to change the world, it won’t leave you wanting to make life changes or reboot a long-lost love. What it will do is let you forget about your troubles for a while and embrace the utter nonsense that is Monty Python. (Amanda Finn)