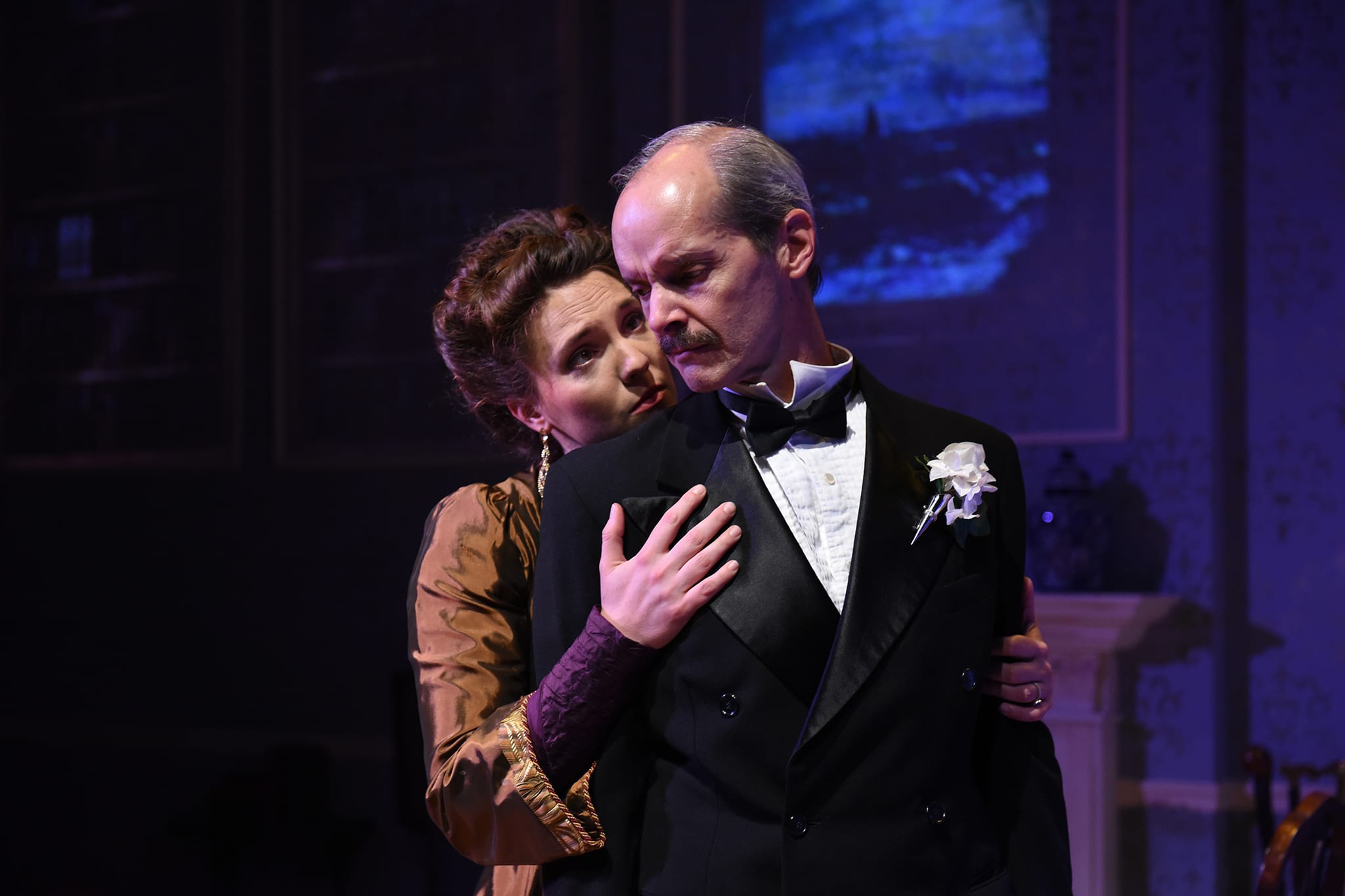 Welles’ observation is apropos in considering Remy Bumppo’s dramatization of E.M. Forster’s 1910 masterpiece, “Howards End.” Intelligently scripted, deftly directed, capably acted, the production is less than the sum of its well-crafted parts. To some extent, it’s a victim of the literary excellence and ambition of its source, a novel more of ideas and values than of plot and character. The novel’s allegorical storyline is an attempt to encapsulate not just the fate of two entangled English families—the pragmatic, mercantile Wilcoxes and intellectual, politically progressive Schlegels—but also the fate of class-driven England at a certain moment, as its wealth and empire grow together with social inequality and fragmentation. The era’s fashions and mores may seem foreign to a modern audience but the deep-down problems do not. Unfortunately, the play’s themes remain abstract and remote, and the show never quite comes alive.

Douglas Post’s adaptation hits the novel’s major plot points but misses its soul, which is in the omniscient narrator’s wise and witty reflections. These asides transform the work’s mundane details about family relations and social life and Edwardian courtship into something poetic and philosophical. There are moments here of direct address to the audience, in the manner of story theater, but more is needed: This is one of the few plays I can think of that would benefit from the presence of an onstage narrator, expounding upon why the question of who will inherit the title country house matters to us today.

Director Nick Sandys—aided by Kristy Leigh Hall’s nifty period costumes and Mike Durst’s quietly expressive lighting—does a commendable job of conveying character quickly and efficiently and giving coherent outward form to an essentially inward story. As always with this company, the acting is professional and sometimes outstanding, as with Mark Ulrich’s Henry Wilcox, an aging and successful businessman who becomes involved with the more cultured and sensitive Margaret Schlegel. Ulrich nicely conveys his character’s combination of practical competence and stunted emotional development, most notably when he proposes to Margaret so awkwardly that the climactic kiss seems furtive and naughty. And Terry Bell is superb as Leonard Bast, a poor young Londoner with cultural aspirations who is brought to ruin by his social betters’ patronizing efforts to raise him up. Bell’s Leonard is thin as a reed and just as delicate, exuding a pitch-perfect blend of pride and diffidence.

Eliza Stoughton has a quiet strength in the central role of Margaret, as she takes on the Herculean task of humanizing the selfish, superficial Wilcoxes. But Heather Crisler misses the mark as her younger sister Helen, whose understandable but self-dramatizing quest for justice for the abused Leonard Bast leads to inter- and intrafamily strife. Crisler is all sharp angles and jut-jawed belligerence as Helen, turning the character’s spunky idealism into pouty aggression.

In every successful play, there’s a point early on when you can sense the audience losing itself and becoming pulled into the world onstage. In “Howards End,” that moment never arrives. When the kindly, even-keeled Margaret finally calls out her husband for his callousness and hypocrisy, it’s a flash of raw emotion that should hit like a thunderclap. Instead, it feels like a tempest in an antique teapot. For all its finely etched details of performance and design—including Yeaji Kim’s film footage of turn-of-the-last-century, Edwardian London, which punctuates the scenes—the production is curiously airless and bodiless, as though everyone involved were so intent on making it pretty that they forgot to make it real. The epigraph of the novel is “Only connect.” That’s exactly what this potent moral fable turned inert costume drama fails to do. (Hugh Iglarsh)