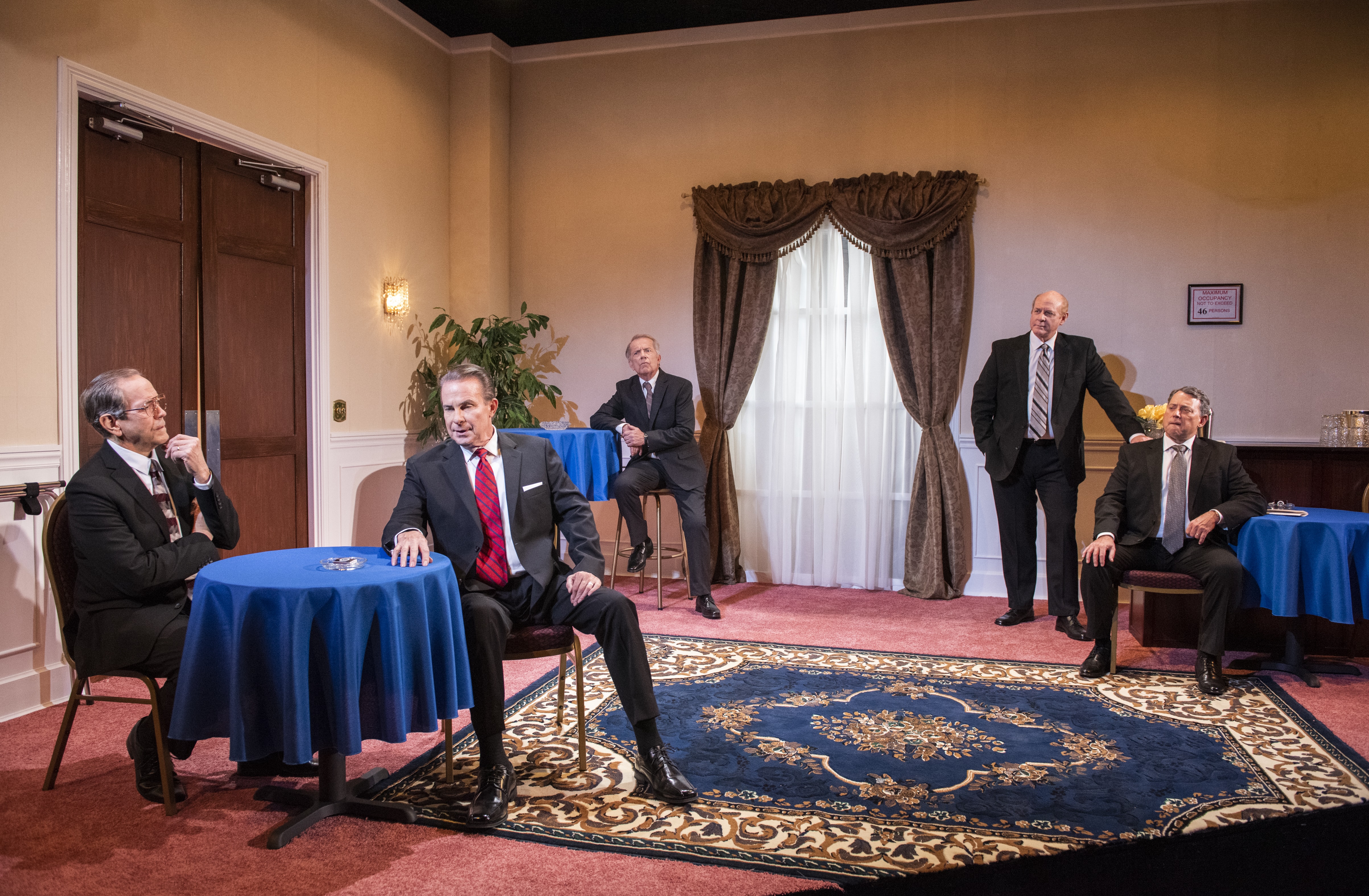 Playwright Rick Cleveland is no stranger to dramatic writing. With credits like “Mad Men,” “House of Cards,” “The West Wing,” “Nurse Jackie,” and even “Archer,” he has the chops for great drama. Maybe it’s because our political climate today is so rife with “you can’t make this shit up” levels of drama that we’ve become immune, but “Five Presidents” comes off as a ninety-minute one-liner. The drama already happened: Nixon’s dead. What’s left are the five living presidents, former and current, coping with that fact in April 1994.

Cleveland’s premise is simple: get Gerald Ford, Jimmy Carter, Ronald Reagan, George H.W. Bush and Bill Clinton alone in a room together and see what happens. It’s reasonably uncomfortable. The men pick on one another’s politics while tossing out witticisms that dig at present-day politics, which stings, as this play was commissioned and originally produced before Trump’s presidency in Wisconsin, one of the states that ultimately elected him. Every wisecrack at morality in the White House is salt in that wound. The men gathered don’t have a lot of respect for former President Nixon. Reagan even comments that while he himself might have “been hit by the ugly stick,” Nixon was hit by the whole tree. It’s fascinating how so many of these one-liners can be applied directly to the current presidency despite the play having been written before it began. Cracks about Hollywood and how all presidents have to be actors are jarring but, again, the one-liners are the only thing that keeps this show moving.

Beyond political commentary, what is fun about this show is watching a handful of men impersonate former heads of state. James Leaming, as Reagan, does this best. Not only does he embody the Teflon president’s mannerisms, voice and, uncannily, his likeness, he does so genuinely. For the most part, Tom McElroy (Gerald Ford) and Martin L’Herault (Jimmy Carter) provide the same in their performances.

For transforming the five actors into well-known personas, costume designer Michael Alan Stein deserves a hearty round of applause. It’s unnerving how much these men look like the former presidents; you almost have to do a double-take looking at them on stage versus their headshots.

In the years following Barack Obama’s presidency, one element of “Five Presidents” that aged the best: Agent Kirby’s monologue. Kirby (Denzel Tsopnang), given the okay to be candid, warns of what the future of politics might hold. As Tsopnang gave his speech, the room fell silent. It was as if we were all unable to move or respond. Though he is only in a few moments of the show, Agent Kirby is by far the most real part of the show. He speaks the truth we ache to press upon the privileged, old white men on stage. As we know now what they didn’t know then, Kirby’s words haunt. (Amanda Finn)