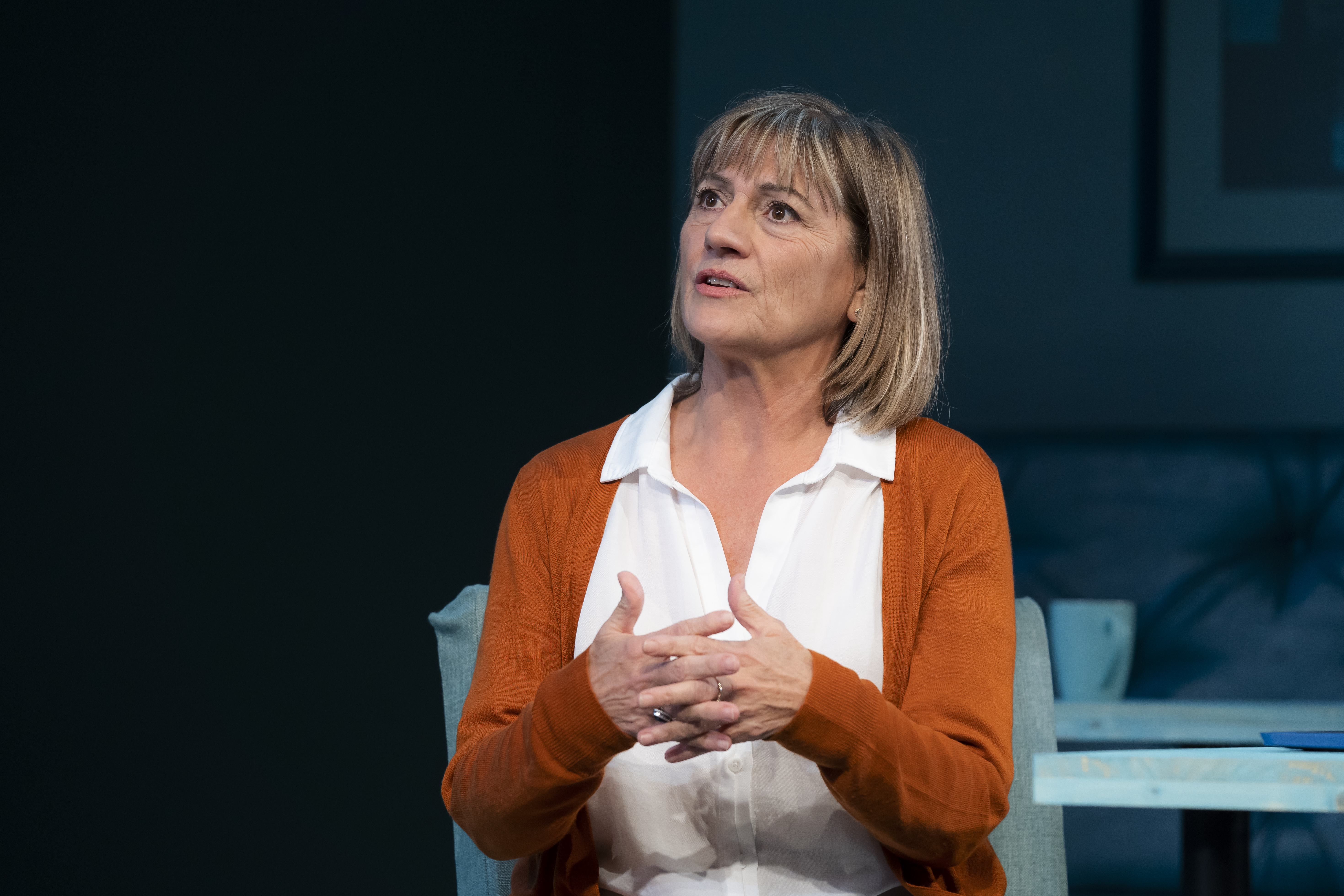 I won’t pretend that I don’t have a longstanding connection to Cheryl Strayed’s work. Through my most painful, most complicated moments, her words have been a guiding light, a respite from confusion, a safe place to rest while I listen for the next right thing. I imagine that folks who have grown up with religion might similarly consider their theological texts, sacred in the way that only books can be when they have kept us company in our darkest times.

For those who are not intimately acquainted, this play began as an advice column called “Dear Sugar,” published by The Rumpus almost ten years ago. Writer Steve Almond passed the Sugar torch to Strayed after she’d written the column its only fan letter, and Strayed anonymously responded to those who wrote letters, some of which would later be collected into a book called “Tiny Beautiful Things.”

There’s danger that a play about letters might be static, but Nia Vardalos has thoughtfully curated the script. Vanessa Stalling’s direction illuminates the arc of Sugar’s relationship with her readers, who beg to know Sugar more deeply and in a multitude of ways. What Sugar chooses to reveal—and when and how—grows familiarity and universality in tandem. A master class in active listening, attention is paid to the little things: Sugar’s choice to amend her sign-off, the ensemble’s growing awareness of their surroundings, small gestures of empathy and character. The fluidity of Stalling’s staging, in collaboration with scenic designer Courtney O’Neill, allows us to experience the most private stories in the most public places, as writers and readers often do. There is communion in a coffee shop, and communion is why we’re here.

The collaboration between Strayed and Janet Ulrich Brooks is remarkably fitting. I’m always struck by Brooks’ commitment to no-frills communication onstage, never trying to do anything more than tell the truth. Strayed is the same. This Sugar is funny and unwavering and so is the formidable ensemble (August Forman, Eric Slater, Jessica Dean Turner). Forman, a performer who I’m sure we can expect to see more from on Chicago’s most prominent stages, deftly communicates a range of stories with their particular brand of earnestness. Turner’s presence throughout is grounding and steady. Slater is equally effective as a father grieving the loss of his son and a man contemplating the festive fantasies of his partner. Stalling and her team skillfully keep us out of the saccharine, choosing instead to embrace humanity in all of its weirdness, discomfort and glory.

The collective humanness is the truly extraordinary thing about this piece of work. These truths have been felt, crafted and shared by a long line of writers before the audience hears them: from Cheryl Strayed’s beloved mother, Bobbi, to Strayed/Sugar herself, to the letter writers, to Vardalos and Stalling, to Brooks and the rest of this spectacular cast, all of whom give these words a rich, theatrical life, carrying palpable layers of heart, intelligence and experience.

The simple knowledge that this play has a home in our city right now reminds me that I’m not alone. I hope you’ll go and hear some folks’ ideas about the ever-complicated task of being a person. (Erin Shea Brady)