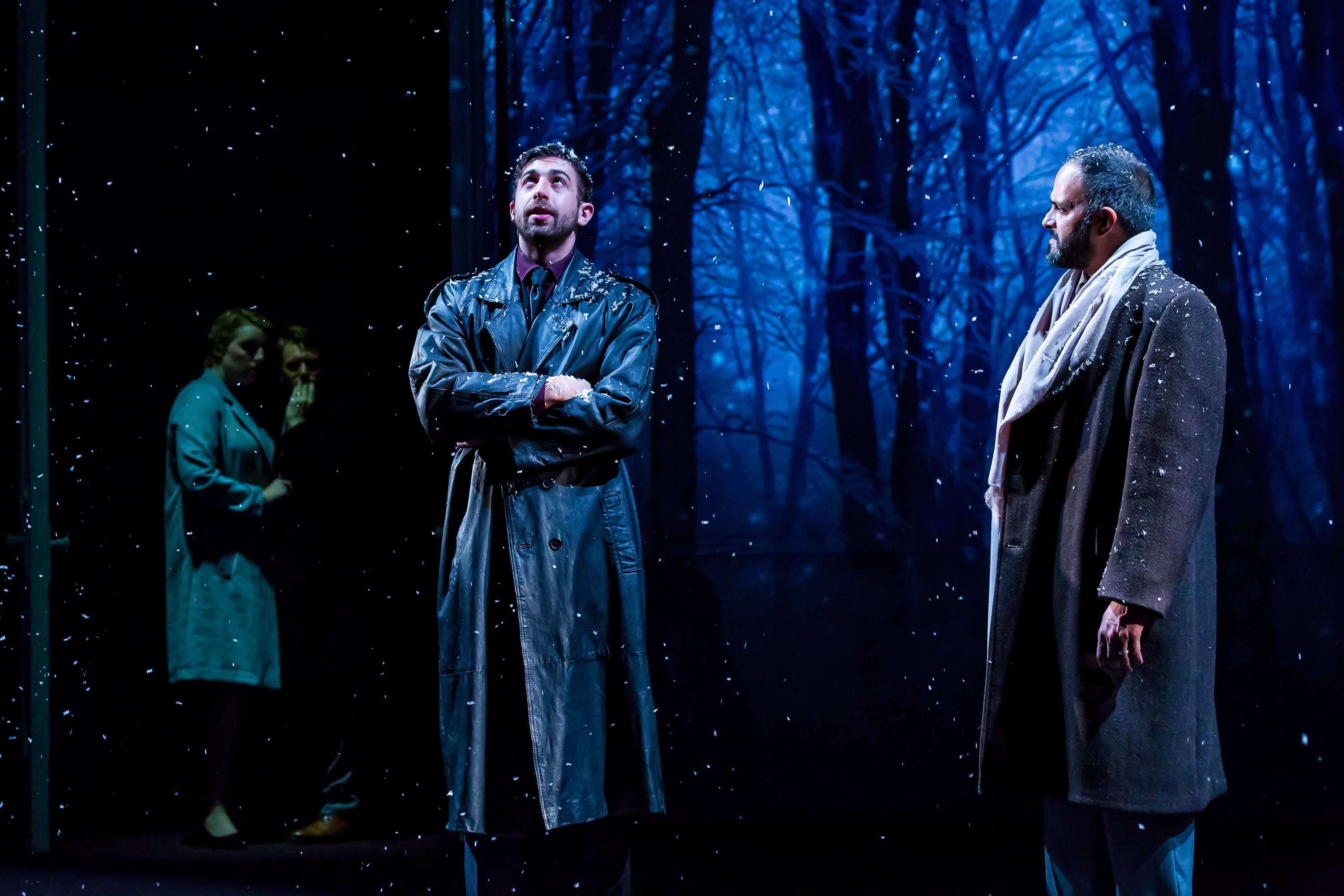 When the world is in a state of complete disarray and chaos, the impulse to say “Don’t worry, things will get better,” can come off as naive or privileged or foolish or just downright incorrect. Call it cynicism, call it rationalism, call it being just plain realistic. Seeking hope in a hopeless world just doesn’t seem as possible these days.

Not impossible, mind you. Just less possible. There’s a difference.

Moving on, though: let’s talk about historical fiction.

The creation and presentation of a work that reflects on a previous historical event has many intentional and unintentional purposes. It works as document of that event, especially if it is from a lesser-known historical perspective. It also works as a means of creating engagement with a history that otherwise might not have been: we are naturally drawn toward narrative and conflict. Finding a means to further inject these values into a piece of history only increases our engagement with the events.

But the unintended—or perhaps secretly intended—repercussions of a historical drama can be to show how Not Good/Very Bad things used to be while highlighting Just How Far We’ve Come since the event in question. Something like the movie “Green Book,” a recent example of how 1960s racism was a Much Worse Racism and shouldn’t we be happy that things are So Much Better Now? I mean, things are better now, right?

“Oslo,” J.T. Rogers’ Tony Award-winning play about the backchannel negotiations of the Oslo Accords in 1993, isn’t that naive. It is true that, in recounting the gripping events of how Norwegian diplomats Mona Juul (a superb Bri Sudia) and Terje Rød-Larsen (a charming Scott Parkinson) brought together representatives from the Israeli government and the Palestine Liberation Organization to begin peace discussions, you get the sense this is indeed going to be a play about a monumental event that shaped history and made everything Good, Again. But by the end of its almost three-hour running time, the play (and especially director Nick Bowling’s production) is fully aware that, no, things are Not So Much Better Now. There is still a major Israeli-Palestinian conflict. There are still governments acting maliciously and innocent people being murdered and a conflict between two peoples being weaponized by external forces for political gain. And there is seemingly no end in sight to it all.

The play, produced by TimeLine Theatre Company and Broadway In Chicago, arrives in Chicago in a practically seamless production, navigating a thirteen-actor ensemble through a cavalcade of scenes: mostly people talking in rooms or talking over the phone or talking outside in the snow. There’s a lot of talking. But the good kind! The kind that reminds you “Yes, this is a play, and plays are about people talking, and the talking is engaging and good.” “Oslo” navigates within the confines of what we have traditionally been told is a play’s function to exceedingly excellent results. What it lacks in boundary-breaking format, it makes up for in detailed performances, sharp writing and expert craftsmanship.

Jeffrey Kmiec’s barebones set, combined with Mike Tutaj’s subtle projections, does a great job of transporting us to multiple locations. Christine Pascual’s costumes are as dignified or as frumpy as the character wearing them warrants. Andre Pluess’ music is gripping and provides plenty of forward momentum. Jesse Klug’s lights are specific and clear. It’s a well-packaged clean production about an inherently messy topic. The dissonance is not lost.

“Oslo” stands as a beacon of possibility in a world where that is not always a guarantee. Its final moments—cemented by Sudia’s reticence to accept a happy ending—may just bring you close to tears. This desire for hope within hopelessness is just one piece of the puzzle of our world. To see “Oslo” is certainly not an invitation to start and finish one’s engagement in the Israeli-Palestinian conflict then and there. Your work is never done, as well it shouldn’t be. But it begs you to consider, in the smallest way, that peace is possible. That hope is possible.