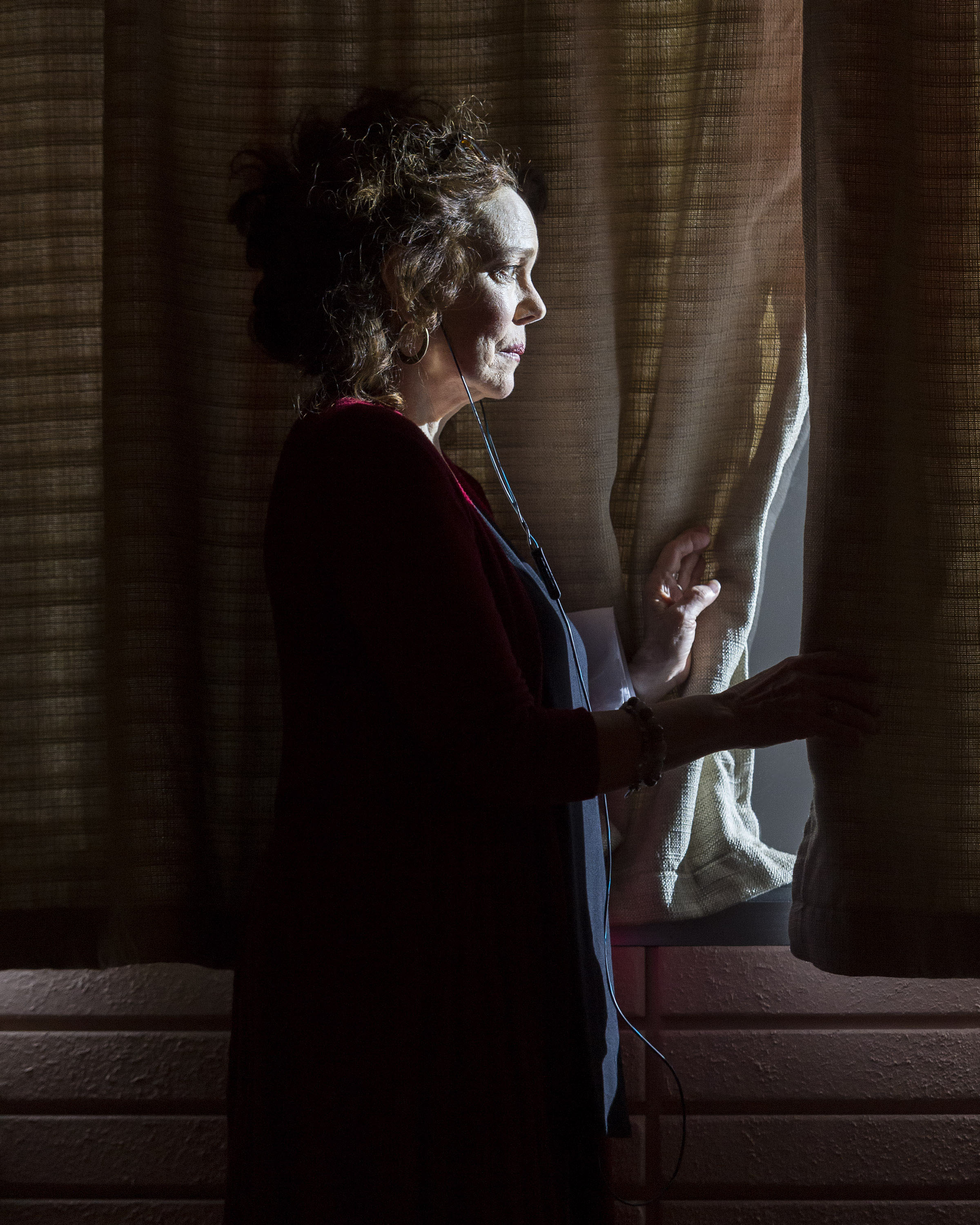 It was a coincidence of the calendar that we were finishing sound design on a movie we’re producing the same day I saw “Dana H.” In filmmaking, we spend substantial time and resources smoothing out any semblance of the creative process in order to foster an illusion of reality, tweaking and sometimes replacing production sound in post-production. The same can generally be said of theater, where sound is nearly always delivered with an emphasis on fidelity.

This fundamental value is upended in Lucas Hnath’s new play, a co-commission between the Goodman Theatre and Center Theatre Group, in its world premiere; here the “process” is intentionally kept on the surface throughout. We are told upfront that the actor—Deirdre O’Connell, performing a feat of theatrical wonder—is lip-syncing to a tape recording of Hnath’s mother. The tape is rough, as if no work has been done to clean it up. It’s scratchy, full of pauses and strange awkward jumps, even beeps from the recorder. The playwright is simultaneously playing with theatrical conventions and audience expectations, those that dictate that an actor “becomes” a character being portrayed and that sound will be finessed in such a way that we hear the subject’s voice clearly and without interference through the actor. At the same time, Hnath is laying the foundation for believability in the truth of the story being told by harnessing techniques of contemporary documentary journalism. Think, for example, of how podcasters and other slickly produced oral storytellers leave audible pauses, of “ums” and quotidian asides in their work to give it an illusion of verity.

Not only does O’Connell memorize a seventy-five-minute one-person show, but lip-syncing means delivery has to be identical every time, taking away (in theory) the performative variability that theater actors often find rewarding in the course of a show’s run, as the work evolves along with the actor’s changing relationship to it, along with the audience’s specific reaction on any given night. Remarkably, even in the face of all this artifice, we start seeing O’Connell as Dana, the character she portrays. But just when that starts to happen, the lip sync occasionally goes slightly off track, reminding us that it’s being done, that this is a performance of a story, not a document. It’s like a robot breaking in “Westworld.”

We are told that Dana H. is the playwright’s mother and that she is telling us the story of what happened to her. Her story of being brutally kidnapped and held in Southeast U.S. hotel rooms over five months, at the hands of an Aryan Brotherhood gang member she’d tried to help, is gripping, terrifying and as far as we know, true. To add another layer of documentary “evidence,” Dana fumbles with a manuscript, her personal memoir of what happened to her, committed to paper many years late.

Andrew Boyce’s set adds yet another layer of truthful artifice. Dana’s being “recorded” in a motel room, one that is designed to look like one of the many rooms her captor held her in. It looks and feels real, authentic in its rendering. But why would this be a place to record such an interview?

Is this a true story? Or is the entire narrative simply the playwright’s creation, an attempt to further play with our perceptions of truth and fiction? In spite of the compelling story on stage that commands our full attention, the “business” of this production keeps it in question at the same time. We have no reason to believe that her story is anything but true, but in a production like this, it’s also perfectly normal to question it, especially when the story seems to invite it with narrative moments that are hard for an audience to rationalize.

Even if “true,” it’s Dana H.’s version, filtered through her own experience and memory, and likely different than, say, the version the kidnapper would express if given the same chance. In the end, what is truth? (Brian Hieggelke)