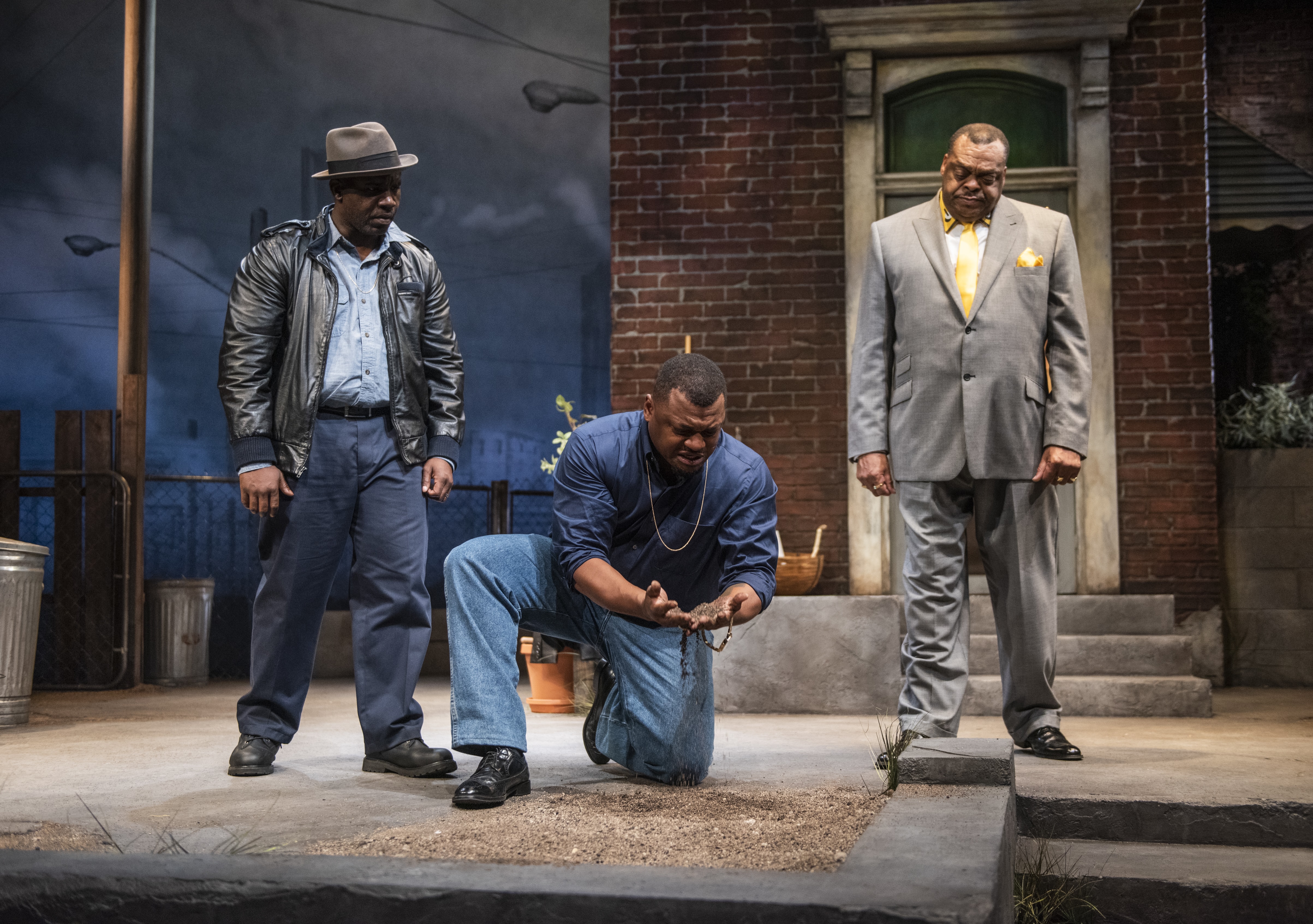 You hear sirens cut through the walls of Court Theatre in Hyde Park. They’re the real thing, shrieking in the night rain, before and after the dramatic action contained within. “God’s only in charge of some things,” says King (Kelvin Roston, Jr.) in August Wilson’s “King Hedley II.” “I set me out a little circle and anything come inside my circle I say what happen and don’t happen.”

Fresh out of jail, King is back at the Pittsburgh home where he grew up. He’s married. He’s planting flowers in his front yard. He has a plan with his pal Mister (Ronald L. Conner) to start up a video store, maybe even a chain. He’s selling some refrigerators to get the money. The fridges are of unknown provenance, mainly because he isn’t asking. “What if you in somebody else’s circle and you don’t know it?” retorts Elmore (A. C. Smith), a gambler with a gander for King’s mother, Ruby (TayLar), who used to sing, hope and love.

Questions of will, power and predestination loom large in “King Hedley II,” the ninth in Wilson’s ten-play Pittsburgh Cycle. “God’s a bad motherfucker,” opines Stool Pigeon (Dexter Zollicoffer), King’s newspaper-hoarding, stray-cat-and-dog-feeding, brimstone-and-hellfire-breathing neighbor. He’s certain that “God… wrote the beginning and the end,” although “He let you play around in the middle.” Of a different perspective is Tonya (Kierra Bunch), King’s second love and first wife, who, at thirty-five, is pregnant again and doesn’t want to go through with it. Her daughter is seventeen and expecting her own first child. Her neighbor is mourning a son slaughtered in a drive-by shooting, “Why I want to bring another life into this world that don’t respect life?” she says, in a shattering speech on the desperation and tragedy that dog them day to day.

“They got fifty-eleven way to get money and don’t want you to have none,” says King, who’s determined he won’t die poor. He’s seen how a killing can be murder or self-defense, depending on the value of that “self” in the eyes of the law. Yet, he preserves an optimism that is heroic in its own way. Everyone in his yard has a theory and a story, and they’re all good until they aren’t anymore. Court’s production, directed by Ron OJ Parson, is blistering and absorbing. (Irene Hsiao)